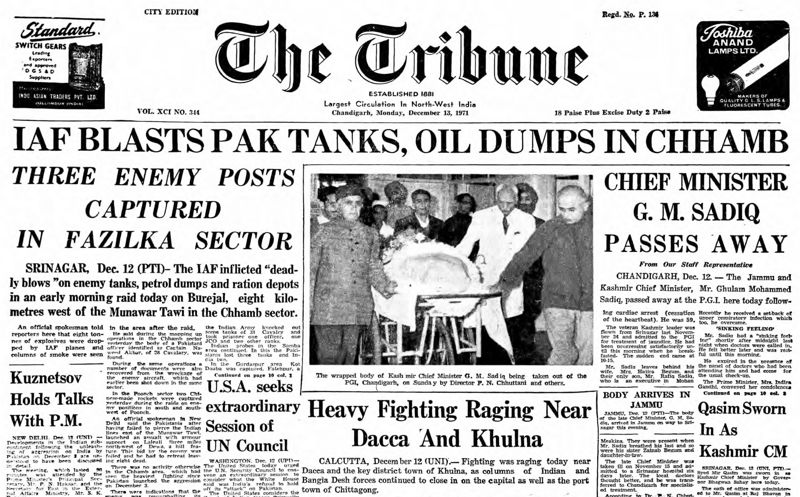 TheRE were three waves of attacks in Delhi’s West Patel Nagar that winter morning. First, it was a mob of mostly neighbourhood youth. Then, in the early afternoon, the neighbourhood youth, plus some. And later, more men spilled out of two buses of the Delhi Transport Corporation (DTC) and surrounded the house with shops on the ground floor.

On October 31 1984, Prime Minister Indira Gandhi was assassinated. In the pogrom that followed, from November 1 to 4, India’s capital went into a spiral of killings and violence. Group Captain Man Mohan Bir Singh Talwar was caught in the maelstrom.

The mobs surrounded his house, going up the roofs of adjacent buildings and pelting stones and fireballs. Talwar was determined to save himself and his family. He had a licensed shotgun. He told his sons to wield lathis. The fingers that were so used to wielding the joystick in bombers held the gun and fired into the air.

Talwar was arrested and put in jail. Months later, he was released because of the intervention of people who knew him and knew of his gallantry in the 1971 war.

The attacks on Talwar, who died in May 2019, were documented, among others, by British author Pav Singh in his book “1984: India’s Guilty Secret”.

“Talwar appealed to their (the mob’s) sense of patriotism by informing them of his military service. That gang was persuaded to disperse by Talwar’s Hindu neighbours, who stood by the family throughout the ordeal. However, it wasn’t long before a second, larger crowd formed outside Talwar’s gates,” writes Pav Singh.

In the Indian Air Force, Talwar is known as the man who bombed Sargodha in Pakistan. Wing Commander Talwar was the commanding officer of the No.5 “Tuskers” Squadron based in Agra in 1971.

The official history of the IAF records that the English Electric Canberras of his squadron “struck hard and deep in December 1971, virtually against the same targets in Pakistan as they had in September 1965”. Talwar was a veteran of both wars. Hours after the Pakistan Air Force struck Indian airfields on December 3, 1971, Talwar and the men in their Canberras took off from Agra, where the runway was damaged. In Sargodha, the runway lights were still on to recover the PAF planes when they bombed.

“They took off at 2150 hours despite home base Agra having been attacked an hour earlier. Led by the CO, No.5 squadron’s first counter-air missions were against the PAF airbases at Sargodha and Shorkhot Road,” the IAF history reads.

Talwar flew to both the western and eastern sectors. He had divided

his squadron into four batches for its

These were relentless bombing runs.

“The IAF gained complete air superiority over East Pakistan in a few days and flew over 2,300 sorties of fighters, helicopters and transport aircraft,” records Arjun Subramaniam in his book “India’s Wars: A Military History 1947-1971”.

Within the first 24 hours of the attacks, Talwar flew five missions into enemy territory, a land that was his ancestral home. He was born in 1931 in Abbottabad, now in Pakistan’s North West Frontier Province. Commissioned as a fighter pilot in 1953, he converted to bombers. The four batches he divided his squadron of B-58 bomber-interdictor Canberras into were each allotted targets. He flew with all of them, taking out three of four Pakistani artillery gun positions in Chhamb that were pinning down Indian troops.

In 1977, Talwar was promoted as Group Captain and was Air Officer Commanding the Gorakhpur station. He took premature retirement.

“Wing Commander MBS Talwar, commanding officer of a bomber squadron, led five day-and-night bombing missions against very heavily defended enemy targets within the first 10 days of operations. He inflicted very severe damage to the Pakistani Air Force installations at Sargodha. In a daylight mission in the Chhamb area, in support of the Army, he attacked four heavily defended enemy gun positions near the Munawar Tawi river and effectively silenced three of them, facilitating the advance of our troops in difficult terrain. The bold leadership, tenacity of purpose, flying skill and conspicuous gallantry displayed by Wing Commander Talwar were largely responsible for many a success of his squadron.”