Of courage and hope

For those afflicted with mental illness, escaping suicidal thoughts or despair is hard, but not impossible. Many are fighting it out 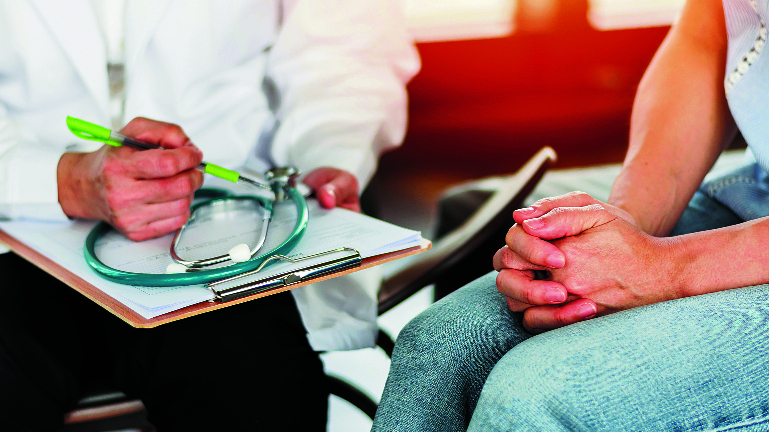 DEPRESSION often pushes its victim to the edge. A few give up after a draining and hopeless fight, but many keep pushing back in the hope of beating the monster someday. Pritisha Borthakur, a Delhi-based entrepreneur, is one such fighter. She has been battling depression for four years. From an ambitious woman that she once was, she has become a recluse — she has given up social visits, stays indoors and eats a lot in search of momentary happiness.

She started a business venture as an escape route, but still felt isolated. By mid-2019, suicide seemed the only way out to her from this misery. Finally, she consulted a psychiatrist and was diagnosed with bipolar disorder. “I am on medication and undergoing therapies. I’m trying hard to live each day, putting my best effort to move forward,” she shares.

Recently, while campaigning for mental health, she experienced a sudden sense of calm. For the first time in many years, she found herself free from an overwhelming sense of despair. With some understanding and helpful people around, she feels she’s firmly on the path to recovery.

Who would know better than Divya Ahuja (name changed) what self-inflicting wounds mean? The scars she gave herself remind her of the time when loneliness subdued her senses. When she was in Class XI (medical), she would stay alone most of the time – her parents were working and brother was out of town. She wasn’t doing well in studies, was out of touch with her friends. “I was alone, I would think a lot, and my childhood memories resurfaced. Soon, I started inflicting wounds on myself,” she recollects. A year had passed before her mother found out. Though reluctant, she agreed to take medical help. It helped her, and she did well in Class XII exams, and decided to pursue literature. Today, she is in the second year of post-graduation. Her advice for those suffering mental illness: use social media wisely as it “tends to romanticise death, makes you believe that you will be better off after suicide and it belittles your existence”. Dejection can kill you from inside, at times.

Ramkrishnan Balaji realised this when he started to relate with the LGBT community. Now a motivational speaker, 19 years ago, he was mocked. As a child, he was abused by a 50-year-old man. His defining moment came when he got to work with a LGBTQ magazine. “Gender stereotypes can push individuals towards taking their own lives. I identified my real self, became a gender fluid person and got comfortable in my own skin,” he says.

For Saumya Bansal, it was the end of the world when a horrifying incident took away the power of her legs. She was preparing for Class X board exams then.

Doctors assured that she would recover and resume normal life soon, but her condition is the same even today. As she battled despair, she took up a writing job for a magazine but was soon sacked. Today, she is a freelance writer. “I still get that feeling of worthlessness, but I’ve found strength in my work. Physical difficulties break me down but I have prepared my mind to not give up,” she says.

So, yes, people fight back and eventually most of them recover. In this fight, medical help plays a huge role. Unfortunately, many still don’t realise it. “People do not seek help for mental illnesses. There are misconceptions about anti-depressants. Actually anti-depressants build resilience of the brain, improve immunity and increase brain-derived neurotrophic factor (BDNF) levels,” says Simmi Waraich, consultant psychiatrist at Fortis and Ivy hospitals in Mohali. “Schools and colleges should hold talks to help people understand that mental health is due to physical changes and should be treated like any other illness,” she adds.

Resilience and mindfulness are needed to push away suicidal thoughts, says Siji K Sunny, a Bhopal-based psychologist-cum-counsellor. “A strong social support and involvement in sports and other physical activities can help fight depression.”