There are diverse agro-ecologies in the country. Thus, states are in a better position to design and implement policies tuned to their strengths and weaknesses. The implementation of a uniform policy across the nation, ignoring resource endowments and agro-ecologies of the states or regions, may be counterproductive. States should be allowed to levy taxes on the trade of agricultural produce outside the APMC markets as well. 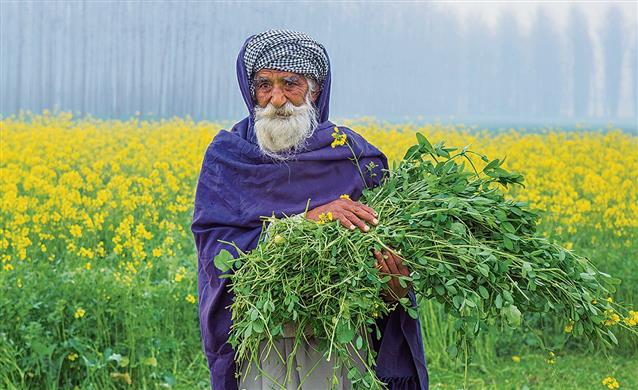 THREE farm sector-related Acts, passed by Parliament in September, claim to create an ecosystem to provide freedom to farmers and traders to trade, and empower the farmers to engage with agri-business firms and other players of agricultural value chains by providing a national framework for mutual agreements and reducing excessive regulatory restrictions on private business operations by removing basic food items from the list of essential commodities.

There are divergent views about their implications for the agriculture sector, especially Punjab. Some claim that the laws will make markets more efficient, increase competition, strengthen agri-value chains and benefit farmers, whereas others argue that the farmers may ultimately lose due to the increase in market power of traders and corporates, and through dismantling of the MSP regime and public procurement of foodgrains. The state may also suffer loss of revenue from market fee and cesses, which may adversely affect agricultural infrastructure and other public expenditure on agriculture and rural development.

Punjab Agricultural University, Ludhiana, recently organised a webinar on ‘Farm Sector Laws and their Implications for Punjab Agriculture’ to examine the claims regarding these laws, their timings, effect on market power, state autonomy, MSP and public procurement, impact on small farmers and the way ahead for the state. The discussion focused on understanding various aspects of the laws and their implications for Punjab’s economy. There was a general agreement that the laws were enacted in haste and there should have been broader consultations with the states, farmers and other stakeholders. Agricultural policies should be the state’s prerogative because agriculture is not only a state subject but there is also great diversity in agro-ecology of India.

Some arguments that MSP and public procurement benefit only 6 per cent of the farmers in India and this entails huge financial outlay are also misplaced. The outlay is nothing when compared to the tax and other economic benefits given to the big corporates in India. Nearly 60 per cent of the rural population largely earns about 16 per cent of gross value added in Indian agriculture, which indicates gross inequality in income distribution between agricultural/rural households and others. Hence, our efforts should focus on enhancing income/profit of the remaining 94 per cent farmers, while the new developments emphasise on eroding the livelihood of 6 per cent of the farmers, who are receiving MSP backed by public procurement.

The widening inequality between the rich and the poor can be gauged from the fact that half of the 100 richest Indians increased their wealth by 14 per cent, amounting to $63.5 billion, even during the Covid-19 period. One is forced to think why no steps are being taken to redistribute the income from the rich to the poor and the focus is on the so-called rich farmers (6 per cent), who are in fact poor as compared to those in other sectors, what to say of corporate houses.

The assumption of improvement in market efficiency through these laws may be misplaced for in Bihar, where the APMC markets were absent and foodgrains were sold through private traders, there were no economic gains as the farmers were unable to sell at MSP.

There are theoretical expectations that the new laws will facilitate crop diversification through the entry of private trade and provide better prices for crops. If it is so, then why has it not happened in the case of crops other paddy and wheat? The market prices of an important alternative crop, maize, were substantially lower at Rs 700-1,000 per quintal than the MSP of Rs 1,850, even when the ordinances were issued or the laws were enacted.

Crop diversification requires MSP backed by assured marketing for alternative crops or adequate compensation to the farmers for any loss due to crop shifts. This will also require better research in markets, establishing industries, and developing value chains and post-harvest infrastructure. These require large investments and a long gestation period.

The following key recommendations emerged from the webinar: