This simple, elegant snack incorporates influences from different parts of the country 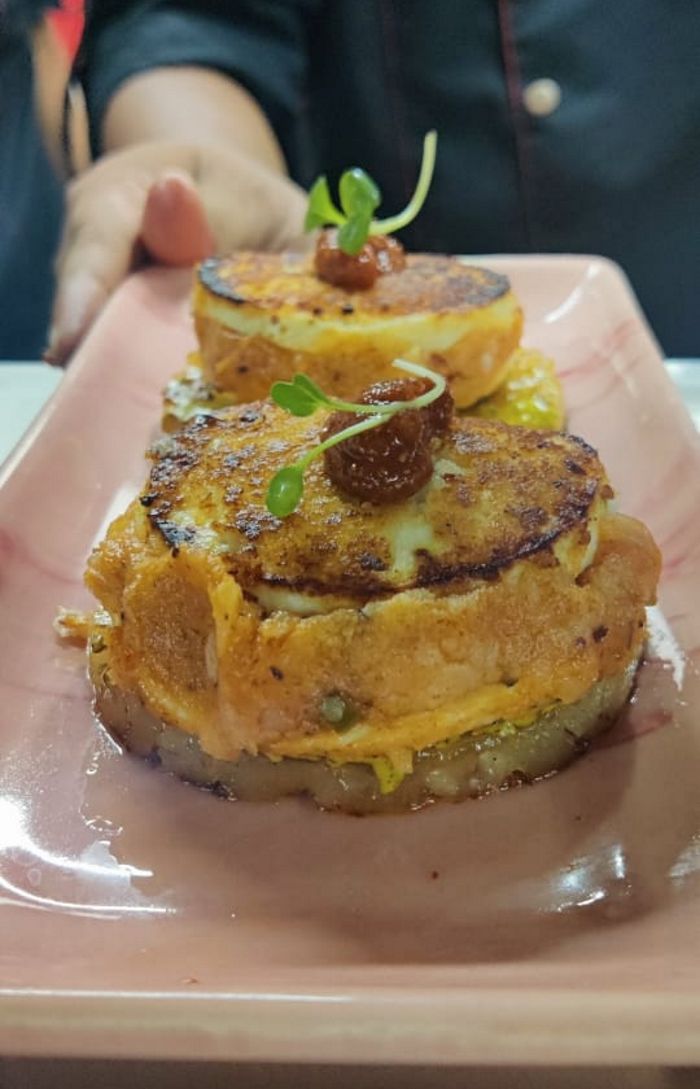 We have been binging on deep-fried stuff to our heart’s content ever since the rain clouds began gathering in the sky. The monsoon was delayed, and by the time it started pouring, we had overindulged, to put it mildly. Still, our heart continues to pine for traditional delicacies associated with this season. At the same time, we are smitten by a guilty conscience. Samosas and pakoras, tikki and tempura, vadas and bondas continue to tempt us but we know that the monsoon is yet to unleash its full power. A little bit of restraint in splurging is what the doctors advise.

This is when our chef friend Nishant Choubey came to our rescue. He suggested that we switch from deep-frying to stir-frying, pan-grilling and baking. The snacks to enjoy with tea or coffee can be hot, both in temperature and chilli quotient, without being sinfully unhealthy.

To prove his point, he treated us to pan-grilled paneer with tandoori ananas (pineapple), which was deeply satisfying indeed. Don’t let the tandoori bit put you off. You can turn out this dish perfectly giving the pineapple the hot salad treatment in a lightly greased non-stick frying pan.

There was a very good reason that deep-fried stuff was favoured in the rainy season. This is the time when germ-borne infections cause stomach disorders and boiling oil, it is believed, kills all threatening microbes. One should also keep in mind that certain ingredients used during the rains have inherent aperitif, carminative and digestive properties that keep us healthy during the monsoon.

This is where pan-grilled paneer and tandoori ananas appear so promising. The herbs and spices, fresh and dried, not only create a symphony of flavours but also act synergistically to tone up the system. The dish incorporates influences from different parts of the country, and like the monsoon clouds rising in the ocean and travelling up to the mountains, this snack weaves in a tasty thread of unity in diversity. From kasundi (mustard sauce) in the East, to tamarind in the South, to dates from marusthal (desert areas) and ananas from the Northeast, all come together to help us rejoice.

This simple, yet elegant, dish can be improvised upon in myriad ways. If you would like to enjoy this extra pungent, nothing stops you from adding a dash of hot red-chilli sauce or chilli oil. You can use the leftover marinade as a sauce to fill the plate and add to the tang. This can be a light meal in itself, but if you want to treat it as a snack, then do not indulge in a double-decker paneer with pineapple.

When we tried our hand at this, most of our guests were happy that the snack was not too hot to handle (temperature-wise) and actually the flavourful paneer soothed the palate pleasantly. The pineapple combined with green chilli chutney and red chilli flakes was enough to register the heat generated with pungency. Also, the piping hot tea and coffee played their role in the duet well.