Paragliding in Bir Billing: The challenges mid-air : The Tribune India 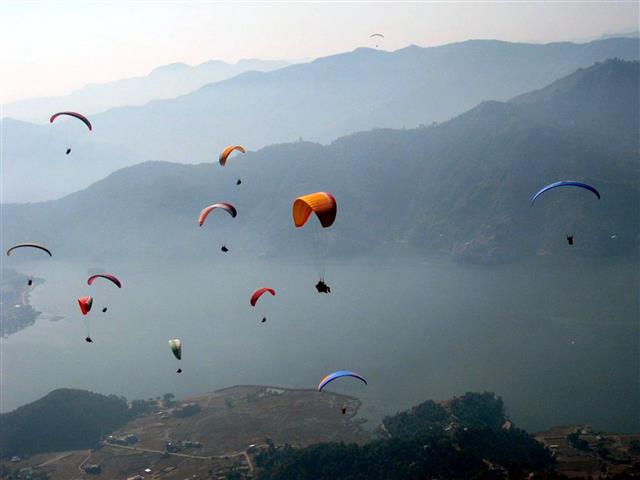 In 1984, the Hang Gliding World Cup was organised at Bir Billing with the help of the state and Central governments.

OCTOGENARIAN Navin Sarin gets nostalgic as he recalls the efforts that went into introducing angling and hang-gliding in Himachal Pradesh in 1975. Leaving his job in Kolkata, the Palampur resident had ventured into tourism business in the hill state. In 1982, the Western Himalayan Paragliding Association was formed in alliance with Air India. Two renowned hang-gliding pilots, John Bowman from London and Pankaj Mahajan from Mumbai, were roped in to zero in on various sites that were fit for hang-gliding activities. The duo undertook a survey of various sites, including the Naina Devi temple ridge in Bilaspur, Bijli Mahadev temple in Kullu, Bir Billing, Triund, Segli, Rohtang Pass and Dharamsala Cantonment. They prepared project reports based on the advantages and disadvantages of each site and concluded that Bir Billing in Palampur was best suited for hang-gliding or paragliding. 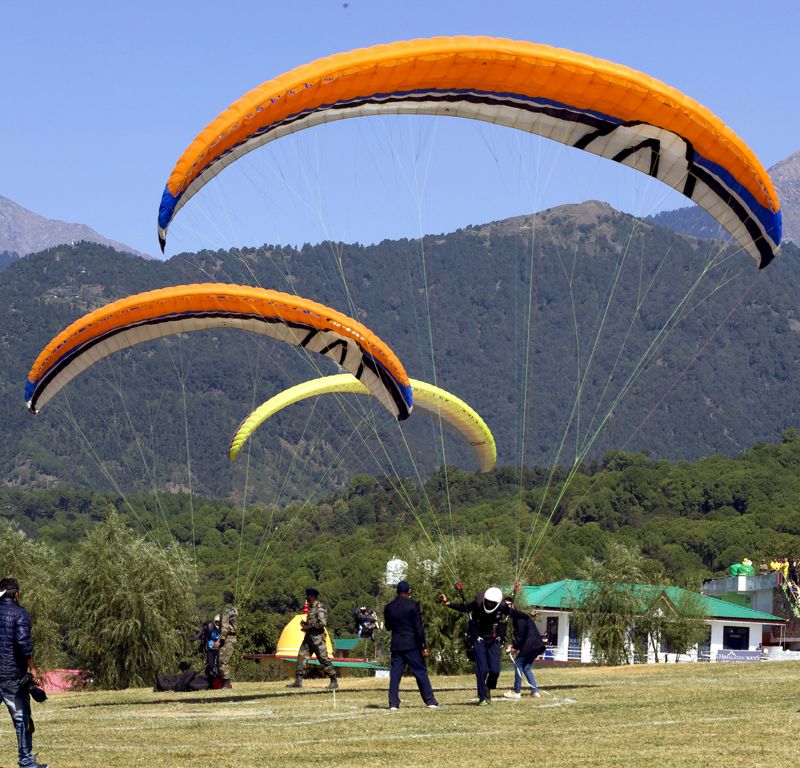 In 1984, the Hang Gliding World Cup was organised at Bir Billing with the help of the state and Central governments. An award money of $10,000 was announced to attract the best talent. As many as 43 hang-gliding pilots from 13 countries took part in the event. Thousands gathered in the state capital to watch the ceremonial hang-gliding flight from the Ridge to mark the start of the event.

There was no road to Billing at the time, says Sarin. The Army helped in constructing a temporary road for the World Cup. It stationed a helicopter for 10 days at Bir to carry out any rescue operations, if required. It also provided vehicles to carry men and material to the take-off site. 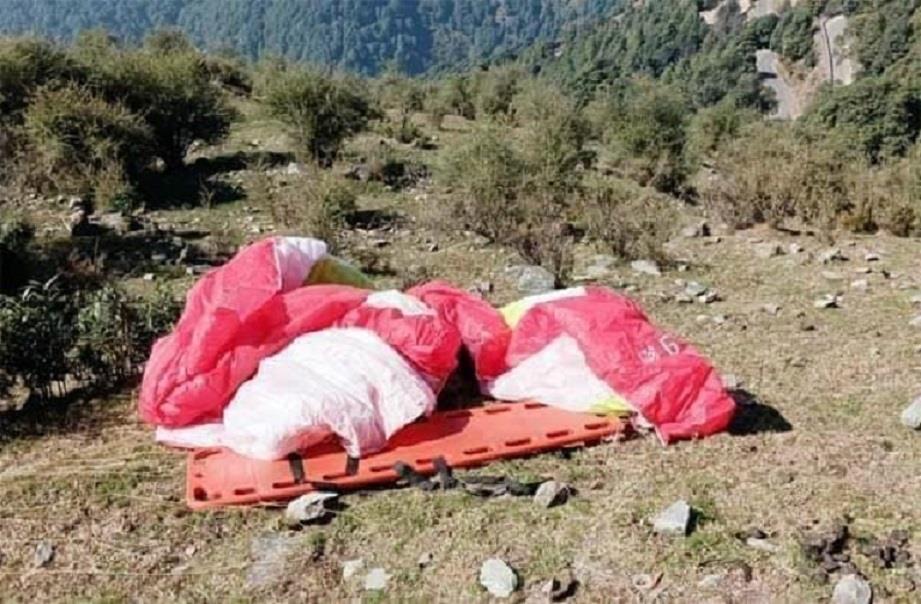 The spectacle and the buzz surrounding the event, however, failed to have any lasting impact in successive years. One of the major reasons, Sarin reasons, was that the start of the Hang Gliding World Cup coincided with Operation Bluestar in neighbouring Punjab. The promotion material of the sponsors could not be brought to Bir Billing for display during the tournament. They later refused to pay the Association, leading to financial disputes, he claims. 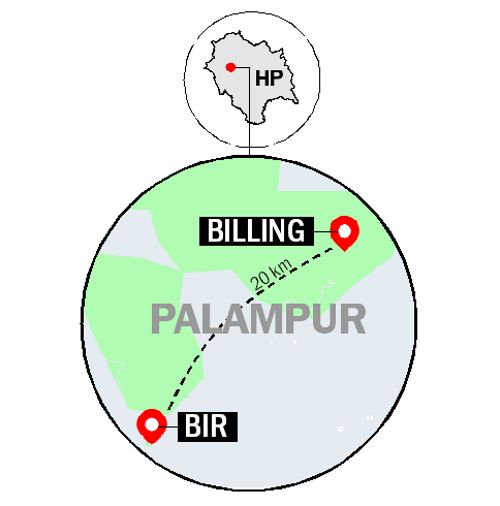 Over time, Bir Billing did become an attractive site for paragliding.

More than 25,000 paragliders and tourists now fly solo or in tandem flights annually, taking off from the Billing ridge located at a height of 2,400 metres from the sea level, hovering in skies along the ridges of Dhauladhar mountain ranges and landing at Bir. It is now ranked among the top 10 paragliding sites worldwide by various adventure sports publications. Its stature, however, is dwarfed by the lack of facilities that a risk-prone adventure sport should have.

Accidents have claimed the lives of 12 pilots in 26 accidents in the past five years. On November 9, a 34-year-old Naval officer, Bibin Dev, hailing from Kerala, died in an accident in Bir Billing. Bibin lost control of his paraglider just after taking off and came down crashing on the ground. He was admitted to the Army hospital in Palampur, where he succumbed to his injuries. On October 8, Jorian Mabia (28), an Army man from Mizoram posted at Palampur, met with an accident while practising for an upcoming paragliding tournament in Bir Billing. He came down crashing while trying an acrobat in air. In another incident in March this year, UP resident Akash Aggarwal and pilot Vikas Kapoor died in a freak accident. Both Akash and Vikas were taking off in tandem when the two lost balance after the foot of helper Rakesh Kumar, who was pushing them towards the edge of the cliff during take-off, got entangled in their paraglider. The duo died on the spot.

The spate of accidents is raising concerns over the safety and rescue management at the site. One factor attributed to the higher number of fatalities compared to paragliding sites in developed countries is the delay in rescue and relief operations due to the non-availability of a permanent helicopter at Bir Billing, besides illegal construction along the landing site.

A helicopter with a winch (a machine that lifts or pulls heavy objects using a thick chain, rope, etc.) is mandatory for carrying out rescue operations to bring out paragliders who get trapped in the mountains. However, at Bir Billing, no helicopter is available at the site. The foreign paragliders, who come here to experience the sport, get themselves insured to cover any mishap. Whenever a foreigner meets with an accident or gets trapped in the mountains, his insurance company is contacted by the authorities in Baijnath. The SDM, Baijnath, heads the committee monitoring paragliding in Bir Billing.

Contacting the foreign insurance company takes about three to four hours. After the insurance company gives the go-ahead, helicopter companies are contacted. These are mostly based in Delhi and Dehradun. After being hired, a helicopter takes about two to three hours to reach Bir Billing, following which the rescue operations are started. Since rescue operations cannot be carried out at night, it generally takes more than 24 hours to rescue a trapped person, sources say. In Europe, the maximum rescue time is about 40 minutes.

Col Neeraj Rana (Retd), a member of the rescue committee of Special Area Development Authority (SADA) which controls paragliding activities these days, agrees that the absence of a readily available helicopter delays the rescue of paragliders who get trapped in deep mountain ravines, which sometimes leads to fatalities. He, however, points out that other mechanisms for rescue have already been put in place at Bir Billing.

“Each paraglider who takes off is given a tracker. These trackers get signals from multiple telecommunication companies. They are tracked on the monitor lying in headquarters of SADA at Bir. In case any paraglider starts descending at a speed of more than 5 metres per second, a red light starts blinking on the monitor. Seven rescue and retrieval teams, each consisting of six members, are pressed into action to help paragliders who meet with an accident,” says Col Rana.

The Baijnath SDM, who is also the chairman of SADA, has issued a notice regarding demolition of illegal constructions at Bir. The buildings would be demolished after following the due process of law, say officials.

What can be done

According to Gurpreet Dhindsa, who is among the top paragliders in the world and has been an active participant in Bir Billing since 1997, most of the accidents in the area are caused due to the inexperience of paragliders or delay in rescue operations. Though the Bir Billing valley is open and helps paragliders cover long distances, thermals in high mountain regions like the Himalayas can sometimes be threatening, he says. Dhindsa, who is the only paraglider in the region with certification from the Paragliding Association of UK, suggests, “Those who come here without any experience in mountain paragliding should fly in a buddy system.” In developed countries, paragliders who do not have much experience fly with at least two buddies. These experienced paragliders keep themselves in the vicinity of the inexperienced paraglider and guide him or her mid-air. The buddies can also help in case of an accident by informing the authorities about the location, besides providing physical help, says Dhindsa.

On maintaining a permanent helicopter, he suggests that the organisers can charge a minimum amount ranging from Rs 1,000 to Rs 3,000 from paragliders to be paid to the insurance or aviation company that can station a helicopter here permanently. The government can give incentives to private players to maintain helicopters for rescue operations. It can also be linked to a heli-taxi service that the state is planning to start.

Dhindsa feels teams of local youths can be trained by experts, or the Army, to carry out rescue operations. “Once certified, these trained youths will also become eligible for jobs elsewhere. Besides requesting the armed forces for helicopter facility, the government should encourage paragliders of international repute to start instruction schools for new paragliders or enthusiasts of the sport,” he says. All valid suggestions that need serious consideration.

At present, there are 281 pilots who are eligible to undertake paragliding solo or in tandem at Bir Billing. All these pilots get their operating licence from the tourism department. The paragliders who get the licence to operate in Bir Billing need to get a certificate from a registered tour operator of Himachal, certifying that they have been flying for the past five years. They have to get safety certificates from various government departments. A paragliding pilot needs to submit his medical fitness certificate and a bona fide certificate of being a resident of Himachal as well as insurance and first-aid certificates from the Health Department. The pilots engaged in paragliding, however, claim that the norms of registration involve paperwork more than expert opinion regarding testing the efficiency levels of the pilots.