Pash's love-hate relationship with his contemporaries

Pash had a love-hate relationship with his contemporaries, but believed in constant dialogue 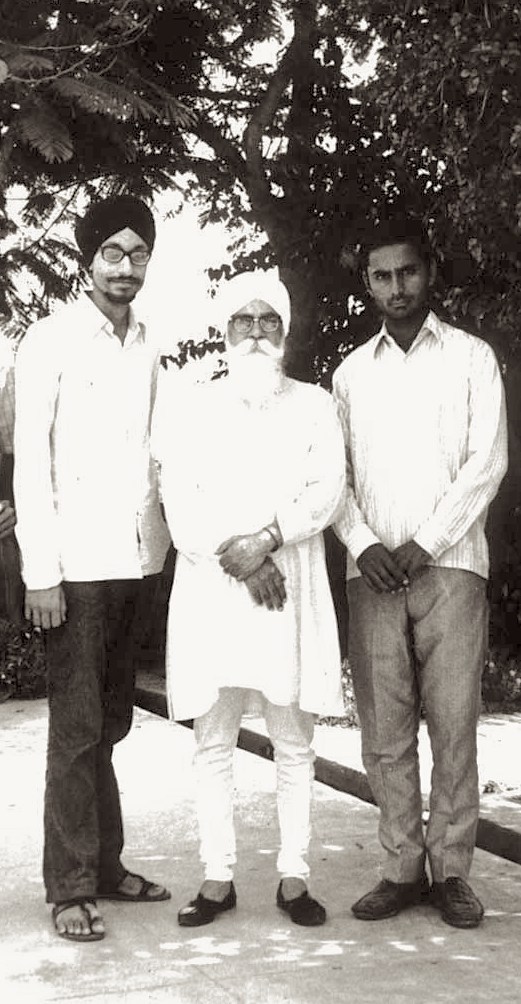 In a letter from jail in 1975, Pash cautioned Surjit Patar against sycophants. “Don’t be too enamoured by their praise,” he warned. “Popularity is a noose around your neck. Don’t let it sway you.” Pash had a love-hate relationship with his contemporaries. In a beautiful poem, he told Amrita Pritam to move beyond ‘Ajj Akkhan Waris Shah Nu’ and asked her to respond to the age of revolt. From Shiv Kumar to Amrita Pritam, from Harbhajan Singh to Patar, he engaged with all. When Harbhajan Singh said Pash’s poetry did not hold value more than that of a red rag, he responded with a poem titled ‘Inkaar’. He refused to change his metaphors to please someone else. Drawing a line between their poetry, he said he would not write about flowers, women, fine music. He would rather write about the village cobbler’s blindness, the ironsmith’s blistered skin, or the woman whose hands have cracked with washing utensils. When Pakistani poet Ahmed Salim was sentenced to jail for his writings, Pash wrote him a poem, ‘Ahmed Salim De Naam’, saying Salim’s poetry had finally bore fruit.

Fame never eluded Pash even when he was alive, but acceptance from fellow poets certainly did. In his death, however, the paradigm shift he brought to Punjabi poetry was well accepted and documented in the poems and essays his contemporaries wrote remembering him.

More than 150 poems were penned on Pash by 95 poets and authors after his death; his father, Maj Sohan Singh Sandhu, had compiled these as his last project before his death in 2013. The writers came from a colourful spectrum and included famous names such as Patar, Amarjit Chandan, Santokh Singh Dhir and Harbhajan Singh, underground leader Harbhajan Sohi and Pakistani poet Mazhar Tirmazi. Critic Raghbir Singh admitted to the bias Pash faced and acknowledged that his contemporaries had righted him in his death. “With time, his work became a toast of poetic circles,” he wrote in the preface to a book on Pash.

Over the years, Pash’s symbolism, that arose from everyday life, his unpoetic idioms have become a cult. Perhaps the first Punjabi poet to have been killed for his writings, he is a favourite with Left-leaning scholars and is recited at protests.

His friend of 20 years, London-based Chandan, says he still cannot believe it is Pash’s 70th birthday. “His young handsome face is etched in my memory.” A student of Chandan’s uncle, Pash had coloured his hair blonde when they first met. He still remembers his eyes, his beautiful naturally kohled eyes that Pash himself mentioned in several of his poems. As the image, his poetry too doesn’t fade.

“His untimely death at the hands of the enemies of Punjab made this image and every word written by him permanent. It is rather ironic that both Sikh and Hindu fundamentalists are united in hating the truthful poems he wrote close to his death. He will always be remembered for these poems,” Chandan says. When he went to meet Pash in California (where he had moved following Khalistani threats in 1986) in January 1988, the latter was in India. Chandan had then penned a poem (see box) imagining him there and wondered how Pash would react. Alas, Pash was assassinated during that trip. Chandan’s last meeting with Pash remained unrealised, his poem never reached him.

The shadow of death had been on Pash’s mind for long. He had confided in poet Ajmer Rode. “Those were the days when Punjab was gripped by terrorism and death haunted Pash. He said it wasn’t really death that scared him, but the constant uncertainty, the ever-present shadow of death that followed him. ‘It is deadly and doesn’t let you do anything creative,’ he had told me,” says Rode, who recently wrote a book, ‘Pash Da Sath’. As a spontaneous response to Pash’s death, he had written ‘A Movie Scene’.

with no concern for virtue or sin,

pumps fresh water for the fields

with bullet holes in its bare back

spews warm blood on the earth

flutters in the deepening pool of blood

was shot for a horror movie

to spread scare and silence

Pash who played the poet in it

didn’t shut up, when

they wanted him to shut up.

The producers blew him to pieces. For real.

Whether they were of opposing ideologies or his friends, frankness marked Pash’s relationship with his contemporaries. In his letter to Patar, he had said: “Good ideology can give birth to bad poetry; bad ideology can birth good poetry.”

Pash lives here in the orchards

in the fields of wheat and cotton

tell us: what was it like as a child,

and as a young man?

clusters of stars in your dreams

When you remember the sun

sliding on sand dunes in your village,

on the prison walls, in the dreams of the

On a nearby line

in the afternoon sun.