Photo album of an unknown family : The Tribune India

Photo album of an unknown family

It bears the air of a bygone time, but the little information that its pages carry confuses rather than throwing light on its origins 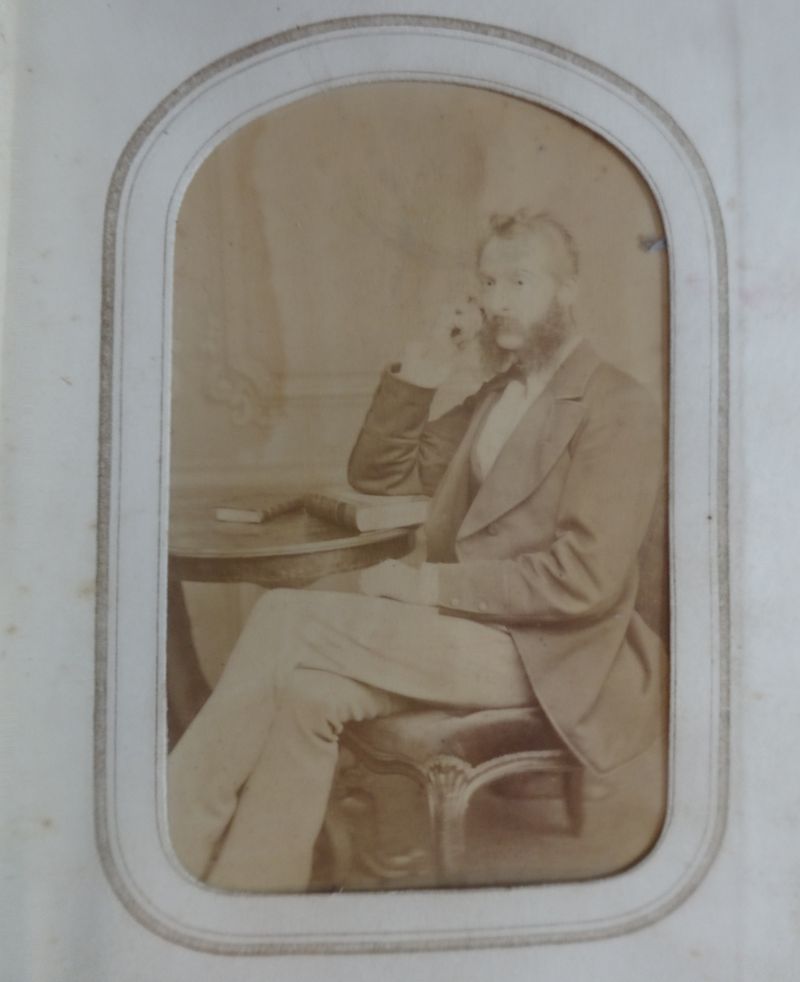 The first photograph in the album: John Patton?

Album: (albo) “souvenir book”, from Latin ‘album’, which in classical times was a board chalked or painted white, upon which public notices (the Annales Maximi, edicts of the praetor, lists of senators, etc) were written.

FOR me, two engaging things happened very close to each other last month. A poet friend sent me some attractive snippets from an upcoming book, ‘Images That I Will Never See’, or something like that. It was all about family photo albums that have got lost or destroyed over time, and that this friend can recall only through uncertain memory of what was in them once. The other? A photo album that I have possessed for nearly three decades but had disappeared somewhere in my book-shelves, suddenly turned up. The album has nothing to do with my family: it was beautifully bound in the form of a ‘case’ with metal clasps, presented to me by a batch of my students as I was leaving the University of Texas at Austin where I was teaching. They must have picked it up from some antiquarian bookshop — for it was not related to the family of anyone in that eager group, I ascertained — for the simple reason that I liked ‘old things’. I had, gratefully, looked through it then, of course, but began to look at it more intently now that it had re-surfaced. It is about this album filled completely with portraits that I write.

I do not know where or how to begin, however. I am not familiar with the history of photo albums. The two superb albums that I encounter again and again in my limited range as an art historian are of paintings: the Gulshan Album, of Indian origin but now in Iran; and The St Petersburg Muraqqa (that is the word in Persian for album), now in Russia. I decided, therefore, to start with looking up what I could find on albums, as such. Not much turned up, except the interesting fact that the word has its origin in Latin where, literally, it stands for ‘white colour; whiteness’.

The dictionary defines an album — one speaks here not of music albums — as ‘a bound or loose-leaf book consisting of blank pages, pockets, envelopes, etc, for storing or displaying photographs, stamps, or the like, or for collecting autographs’. But there was much delight in all this random searching, for one quickly landed up in the area of photography where I discovered several new things.

I learnt, for instance, that the first recorded photograph (grainy like an Impressionist painting) was not taken in 1839, as I had always believed, but in 1827 by Joseph Nicéphore Niépce and is celebrated under the title ‘View from the Window at Le Gras’; also, that the earliest born ever to be captured in a surviving photo was a woman, Hannah Stilley Gorby, born in 1746 but photographed somewhere in the thirties of the 19th century; further, that the first two great international events recorded by the camera were the Crimean War (1853-1856) in Europe and the Civil War (1861-1865) in America. It were the photographs, portraits essentially, of men who fought in the Civil War, however, that brought me back to the photo album that had re-surfaced at home and that I started writing about.

A brief description of the album, first. Just short of 2 inches in height, 6.5 or so inches in length and 4.5 inches wide, the album is quite sumptuously bound with tooled geometric leather patterning on the cover and metal clasps that hold its 48 thick cardboard golden-edged leaves together. The cover is a bit rubbed now, but still makes an impression. On the outside are printed the words ‘AE KELLY’, presumably the name of the owner. Inside, within mostly oval frames on each card, front and back, are pasted photographed portraits: men young and old, women young and old, some leaning against chairs, others standing ramrod straight, still others looking away from rather than at the photographer. 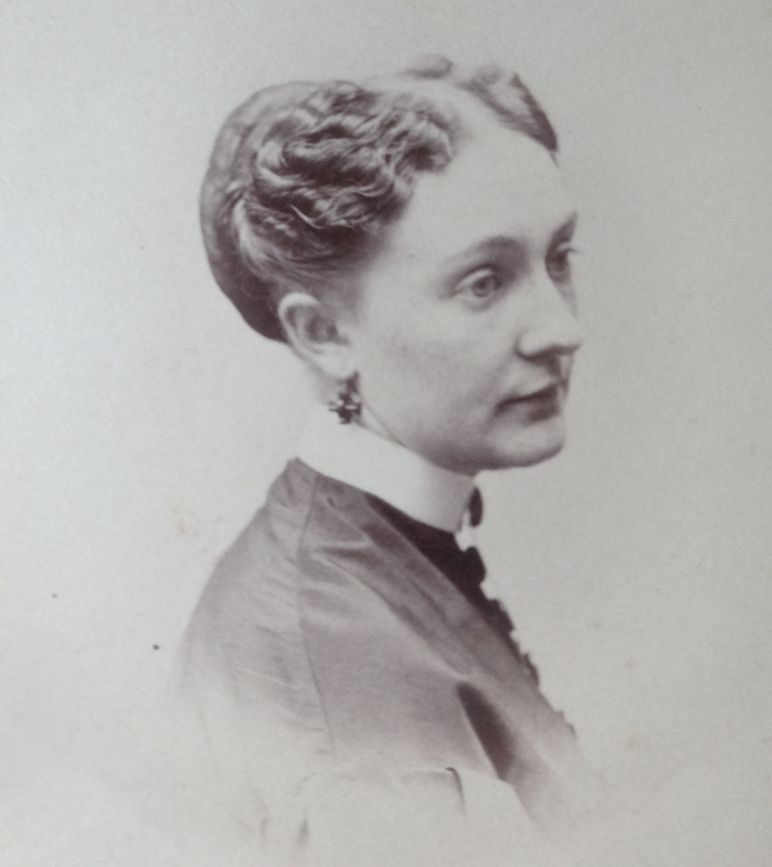 The very first photo is of a middle-aged, heavily whiskered man, seated comfortably on a chair, a bit leaned back, legs crossed, one hand lightly placed in his trousered lap, the right arm bent, elbow resting on a large book placed on a table in front, hand brushing his cheek.