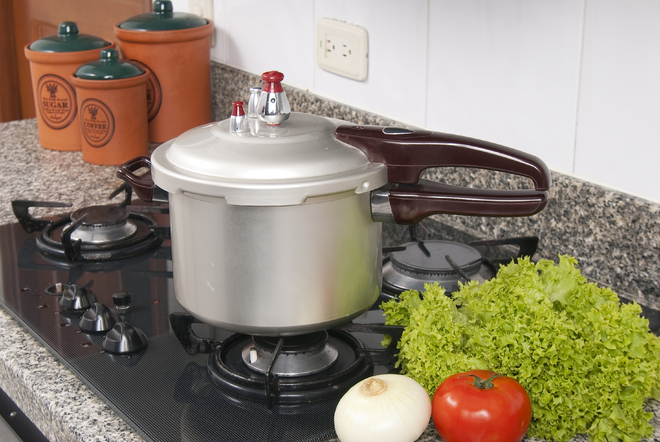 I was cooking lentils in a new pressure cooker that we had bought. After a whistle, I switched off the gas stove and when I opened the lid (without applying any force) after some time, the cooker spewed out the boiling food, causing severe burns on my face. It has been two months now. I have not gone to work since and am still receiving treatment for the burns I suffered. I want the manufacturer to pay for the defective product sold to us. Can you please guide me in this regard?

As food is cooked under pressure in these gadgets, safety parameters require that the lid remains tightly locked until the pressure inside the cooker has fallen sufficiently for it to be completely safe. In other words, the lid should open only when it is safe to do so. It is for this reason that the Indian Standards provide for a test called ‘removal of lid under pressure’ to be performed on pressure cookers. This is meant to prevent opening of the lid until the pressure inside reaches a safe level. In your case, it seems like there was a manufacturing defect that allowed the lid to open even before sufficient release of pressure.

From your account, it seems to me that the doctrine of ‘Res Ipso Loquitur’ (the thing speaks for itself) should apply here. The very fact that the lid opened before the pressure was fully released should prove the defect, thereby holding the manufacturer liable. I must also mention that under the new consumer protection law, there is a separate chapter on product liability, clearly defining the right of a consumer to compensation for any harm caused by a defective product.

However, manufacturers often take the defence of misuse of the gadget for the accidents. In fact, in TTK Prestige Ltd Vs Akhil Bhartiya Grahak Panchayat (September 30, 1999), the SC agreed with the manufacturer that the consumer should have complained to him so that he could have investigated into the accident and checked whether the cooker burst was caused on account of a manufacturing defect or mishandling.

Frankly, I am not sure whether any manufacturer will admit to a manufacturing defect — he would always try to fasten the blame on the consumer. Besides, your case is different. This is not a case of bursting of the pressure cooker, but of the lid opening prematurely.

However, just to be on the safer side, I would suggest the following steps before you formally lodge your complaint before the consumer court: (a) immediately complain to the manufacturer and seek compensation; (b) get an independent expert to look at the pressure cooker and give an opinion on the cause of the accident; (c) if your pressure cooker carried the Indian Standards (IS) mark, lodge a complaint with the Bureau of Indian Standards too. It will independently investigate into the matter and its opinion will also help you with your case.

In addition to these, keep the certificate from the doctor, the prescriptions and the bills pertaining to your treatment. Besides the cost of treatment, you can also claim compensation for the mental and physical agony caused to you, besides the loss caused on account of your not attending to your professional commitments.

As a newly married couple, this was our first pressure cooker and the experience has left us devastated. How can we ensure the purchase of a defect-free pressure cooker?

To prevent such accidents, the government recently brought pressure cookers under mandatory quality control. Under the Domestic Pressure Cooker (Quality Control) Order, 2020, all pressure cookers sold in the country have to conform to Indian Standards formulated by the BIS and must bear the standard mark under a licence from the BIS. The order has come into effect from February 1, 2021. So, buy a pressure cooker with the mandatory certification, read the usage instructions carefully and follow them strictly. You should not face any problem.