Punjab’s Farm Bills: Farmers in for the long haul 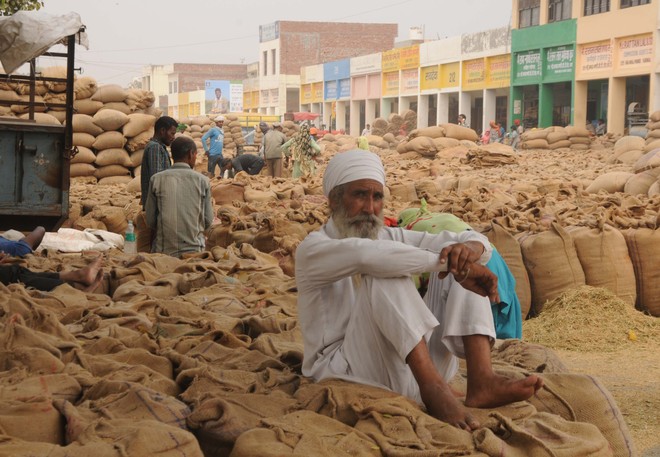 The new Bills, which recognise MSP as a legal right of the farmers, may put off private players.

THE passage of the farm Bills by the Punjab Vidhan Sabha last week witnessed rare — though short-lived — unanimity between ruling and opposition parties. The Bills, many experts fear, may not be legally tenable, but the fact that various political parties together opposed the Centre’s laws is a significant development.

Gian Singh, an eminent agro economist who has studied farm suicides caused by high rural indebtedness in the state, says just like Punjab ushered in the Green Revolution and made the country food-surplus, the state has now taken the lead in confronting the Centre over laws aimed at corporatising agriculture. “Other non-BJP-ruled states are looking to emulate Punjab’s Bills,” he adds.

The passage of these Bills seems to have placated the farmers, who had been protesting for a month or so, for the time being. Balbir Singh Rajewal, president of Bhartiya Kisan Union (Rajewal), says they are aware that the Bills are unlikely to offer them protection against the Central laws.

“Our agitation has got a big boost with the entire House (except two BJP MLAs) supporting the amendments to the Centre’s laws. It emboldens us to take on the Centre at the national level,” he adds.

The state government maintains that agriculture, Agriculture Produce Marketing Committees (APMCs) and land are state subjects under the Seventh Schedule of the Constitution, and states have the powers to frame laws and make related policies. Some officials, however, admit that the Central laws would be in force in the state till the time the Bills passed by the Punjab Assembly are cleared by the Union Home Ministry and sent for the President’s assent. They are apprehensive that the Bills may not be granted approval. “The ideal thing would have been to amend the APMC Act, and declare the entire area of the state as a primary market yard. The Central laws are applicable only outside the area of an APMC,” says a senior officer on the condition of anonymity.

The Union Government can frame laws to control the production, supply and distribution of agricultural products. Thus, this aspect of trade of commodities falls in the Concurrent list, and the Centre has framed its Acts on this basis. In this light, it is yet to be seen if the Bills passed by the Punjab Vidhan Sabha can stand legal scrutiny, being in direct conflict with the Central laws.

Eminent food policy expert Devinder Sharma says the most important difference between Punjab’s Bills and the Centre’s Acts is that the former keep the mandis relevant and recognise MSP as a right of the farmers.

Another dimension of the Bills is that these will dissuade private players from entering Punjab. Already, private participation in foodgrain procurement in the state is less than 1 per cent. By passing Bills that make buying of foodgrains at rates lower than MSP a punishable offence, inviting fine and a three-year prison term, the state is virtually shutting the door on private players. Already, big corporate houses prefer buying grains from Madhya Pradesh and Uttar Pradesh because of the high tax rates in Punjab. Only horticultural crops and cotton see some private participation. With MP and UP implementing the Central laws and imposing minimal taxes on the purchase of agricultural produce, the corporates could shun Punjab.

Jagmohan Singh Patiala, general secretary, BKU (Dakaunda), however, feels that is a distant possibility. “The success of our struggle now, to stop corporatisation of agriculture, will ensure that the Centre does not shun the purchase of crops. Buying crops and maintaining adequate food stocks are needed for the nation’s food security and we hope better sense prevails on the policy-makers. The system of buying grains from farmers has continued for decades; it sustains agriculture here. In a welfare nation, this cannot be stopped. That is why indications to this effect are meeting with stiff resistance from not only farmers, but also from all sections of society in the agrarian states,” he adds.