Farming laws and agitation: Reach out to stakeholders 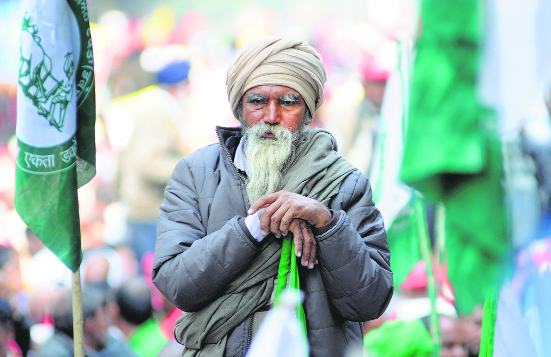 Farmers fear that the traders would exploit them once the APMC infrastructure turns defunct.

THE ongoing agitation by farmers’ organisations needs to be understood from the perspective that farming is not just another vocation or profession. The farmer treats his land like his mother. The three farm ordinances were introduced over three months ago. The Centre had enough time to educate farmers about the potential benefits and the long-term implications for the farming sector, particularly in Punjab and Haryana. That opportunity has been somehow missed.

Now, the ambit of the agitation — in view of the perceived impact of these ordinances/Bills — has widened to include arhityas, middlemen and labour unions as well.

The Centre believes to have unfettered the farming sector by opening intra-state and inter-state trade of produce and giving the choice to farmers to enter into contract farming. The amendments to the Essential Commodities Act intend to boost investment in agri-marketing infrastructure and reduce volatility in prices of agri-produce. The Centre feels that these Bills are in the long-term interests of the farmers. However, the latter seem increasingly convinced that the government is moving towards elimination of the Minimum Support Price (MSP) regime.

A strong apprehension among farmers that the traders may offer the MSP to begin with and would exploit them once the APMC (Agricultural Produce Market Committee) infrastructure turns defunct can be addressed by amending the Farmers’ Produce Trade and Commerce (Promotion and Facilitation) Bill by inserting a clause that no agricultural produce will be traded in any trade area at a price lower than the MSP. Similarly, the convoluted provision contained in Section 5(b) regarding “mutually agreed remunerative price” under the Farmers (Empowerment and Protection) Agreement on Price Assurance and Farm Services Bill be amended as “mutually agreed remunerative price which shall not be less than the MSP of such produce.”

The farmers are also apprehensive about the provisions relating to certification of quality, grade and standards of the produce by third-party assayers as most of them are small and marginal, and lack legal support available with the sponsors.

The dispute resolution mechanism under the Bills does not inspire confidence among farmers and seems to be tilted in favour of the buyers. The buyers in general would have better access to legal facilities compared to the farmers. Instead of the proposed mechanism, let each state appoint a regulator at the state level and tribunals at the district level to adjudicate any dispute arising out of any transaction. Each buyer, while registering with the registration authority, would pay a fee to be used for setting up a corpus fund to meet the expenditure incurred on the running of the regulatory framework. The state governments need not be burdened with additional financial costs. Each buyer will also make an annual contribution towards the corpus as the buyers would be getting substantial benefit by not paying any market fee, levy or tax on the purchase. A panel of lawyers will be kept by the states to take up any dispute on behalf of any farmer before the regulator/ tribunal. The cost of such legal services to the farmers can be met out of the suggested corpus fund. However, it is conceivable that the farmer will sell his produce outside the APMC only if he is offered a price higher than the MSP.

A part of the problem has arisen out of the huge trust deficit between the farmers and the government. An elaborate consultation with farmer and labour bodies needs to begin immediately as a delay would harden the stance on both sides. The consultative process can also be used to inform everyone about the benefits of these Bills for the farmers, the labour force, consumers and the country as a whole.

The credit procedure and structure may be reworked in order to fulfil timely financial needs of the farmer which is done by the arhitya today. Something like a debit card with a reasonable limit can be given to each farmer. As payments to farmer are online, this credit can be settled at the harvesting time.

It would be a prudent long-term agriculture marketing strategy if the market fee, levies and cess on the agri produce sold inside the APMC are also rationalised.