Ready for the highway : The Tribune India

Ready for the highway

Solo sojourns, friendly breakaways, weekend jaunts, relaxury and cuisine tours — here’s looking at the post-pandemic travel trends that will dominate the year, which is packed with several long weekends 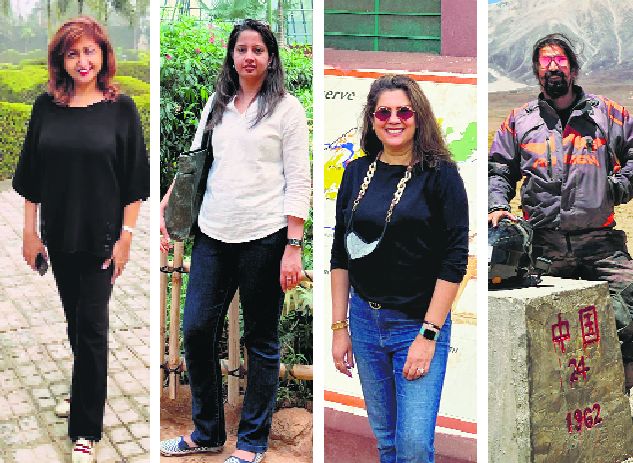 London, it couldn’t be (last year), but Lansdowne it shall be (this year),” smiles Nandini Sharma, a healthcare consultant based in Gurugram. After being ‘grounded’ for close to a year, she is looking forward to her sojourn in the mountains. As with most avid travellers, the pandemic ruined her plans not just for the city of the Big Ben but also for her onward journey to Croatia. “Tickets were done, bags packed, and then everything had to be cancelled,” says the 33-year-old. Almost a year on, tourism is slowly but surely opening up. Avid hodophiles are gathering up courage and are all set to don their travelling boots. Although international tourism will still take a while, domestic travel is the way to go this year. According to a survey by travel portal booking.com, the five prominent trends that will be witnessed this year are going solo, weekend trips, luxury stays, breakaway bubbles and cuisine tours. Here’s a look at these:

In one’s own company

Having already tasted the pleasure of going solo while travelling, this trend will again be on an upswing, especially among the youngsters. “After being cooped up in the house for most part of the dreaded 2020, it’ll be good to enjoy one’s own company in delightful new surroundings,” says PR consultant Abhinav Gupta, who will soon be heading from Delhi to Mysuru. Having done Europe solo twice before, he says, “It is a great way to rediscover yourself. You have your own space. You take decisions without being answerable to anyone.” And for those who feel that solo travel is for loners, he says, “No way, when you’re alone, you make more friends. I have struck meaningful friendships with total strangers.”

Looking forward to her first solo trip, Nandini says, “It’s an experience I am very excited about.” She decided on planning the trip only after the vaccine came about. A tony resort in the picturesque Lansdowne town of Pauri Garhwal will be her ‘workation’ for the day (“since I am still in the WFH mode”) and holiday resort for the evening. Her odometer won’t stop there since she plans to hit the highway yet again — this time towards the beach — with a vengeance. “I plan to spend a few days alone in Goa lolling on the beach,” she laughs.

Forty-one-year-old Vir Nakai has been a mountain buff for as long as he can remember. The biker from Chandigarh is all set to enjoy the magic of Himalayas on his own. “I’ve always enjoyed going solo, though sometimes I travel with friends who share my passion,” he says. With a trip to Arunachal Pradesh “for work” already done, Nakai plans to hit the dirt track for biking trips “to explore hitherto unexplored places in the Pangi valley (in Himachal) and the Mustang and Manang districts of Nepal”.

Home confinement of the past year kept many away from their relatives and friends. “Although we were connected through phone and video chats, it was still tough,” says food blogger and author Dipali Bhasin. No sooner were the clamps eased than she set out for two holidays in quick succession, first to experience the rugged jungles and wildlife of Ranthambore, and then to enjoy the serenity of the mountains in Mukteshwar with her family and friends, respectively.

For one whose travel diaries invariably included international destinations, especially areas close to the Black Sea, Dipali is now “completely sold out” on what her ‘backyard’ or places at driveable distances offer. “We must take full advantage of the excellent deals being offered here,” says Dipali. “Indian tourism has been badly affected and needs our support now more than ever before.”

With about 15 long weekends that the almanac is showing up this year, travellers are looking at these as a blessing, as Piyali Dasgupta, a keen traveller, asserts. “That’s because while long holidays are still an afterthought for many, shorter breaks are a good substitute as they help you escape reality, even if it is for a few days.” Piyali and her photographer husband have already planned breaks in places like Dalhousie and Deeg. “On the way, we’ll be enjoying the hospitality of smaller towns where hygiene and cleanest of facilities is the norm, especially now. But, we also carry our own sleeping bags and dry food for additional safety.”

Soak in the luxury

The constant drill of household chores and office work last year has left many, as Asha Kiran, a Tirupati-based painter, says, “mentally and physically drained”. No wonder, as she asserts, “many like me are planning to give ourselves a break — the idea being to just relax in luxurious surroundings without having a worry in the world.” Already dreaming of a break at Bandhavgarh in Madhya Pradesh, she adds, “It’ll be a good gift to ourselves from the money saved up from last year.”

Ritu Mahajan, a businesswoman who shuttles between Delhi and Faridabad for work, says that she would be content with trips to her house in Mashobra. “The mountains are a perfect panacea, especially to beat lockdown blues,” she says. Whenever she plans a trip with her family and friends, a day or two before they leave, what is mandatory is a corona test.

Having had their fill of ghar ka khana last year, many vacationers while planning their holiday are also looking to have a taste of local cuisine. “This in no way means that we will be reckless,” says Abhinav. As someone who always books himself for a local food tour at the place he’s visiting, he shall miss having street food, “that is always such a delight”. But for now, it’ll be avoided. “However, the places I will be staying at are popular for their food — that’s the reason why I booked myself there,” he smiles, getting geared up for a taste of a variety — from shavige bhaat to saaru — on his Mysuru holiday.

While corporate travel has seen a downslide, outings with family and friends are becoming more of a norm. Solo travel, which was much in vogue earlier, is getting back on track “more so, because the WFH lot is looking for a ‘workation’ amid beautiful surroundings. Small groups of colleagues are also taking breaks together. After the lockdown, people are looking for companionship and moments of togetherness.” Another reason for joint travel plans is that after job losses and pay cuts, sharing costs is making travel more affordable “even if the place is a trifle expensive. But as long as it’s clean and well sanitised, travellers don’t mind.”