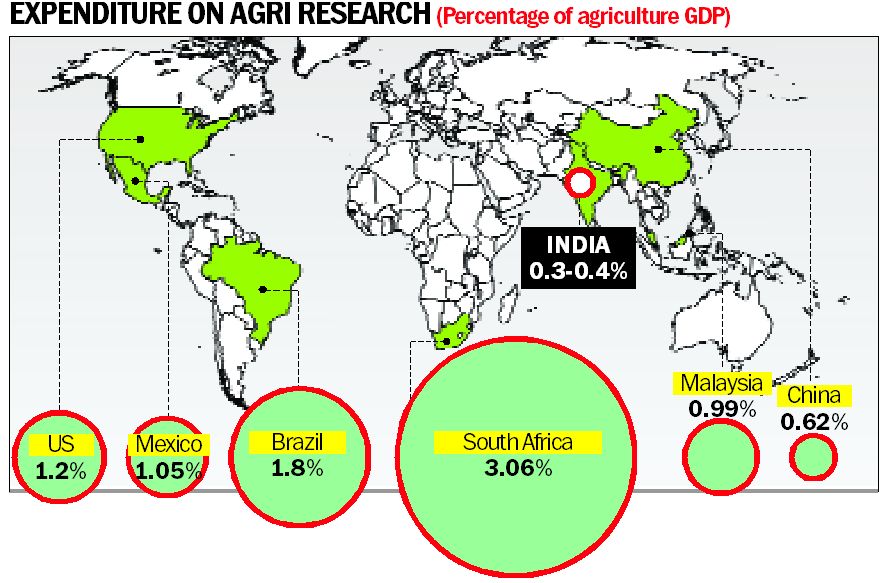 DESPITE remarkable success in the production of various crops, Indian farmers experience recurring periods of hardship. Climatic and meteorological conditions, poor mechanisation and automation, liberal import of agricultural products and conversion of agricultural land for alternative uses are adding to the woes of the farmers. Today, nearly half of India’s farmers are in debt and striving hard to sustain their livelihood. During the race for attaining self-sufficiency in crop production, we have lagged behind in securing the economic wellbeing of farm households.

The path of attaining self-sufficiency and raising agriculture from a ‘ship to mouth’ economy to a sector worth more than $500 billion was never easy. Apart from the efforts of the dedicated farming community, agricultural higher education contributed remarkably to make the Green Revolution possible. In North India, Punjab Agricultural University (PAU), Ludhiana, played a key role in making the country self-sufficient in foodgrain production. State-of-the-art research by the university scientists, together with national and international agricultural stalwarts, has resulted in a 10-fold increase in Punjab’s foodgrain production in about six decades. The credit goes to this university for large-scale reclamation of saline and sodic soils in the state and rendering these fit for crop production.

In the horticulture sector, a state university — Dr YS Parmar University of Horticulture and Forestry, Solan — has ensured recognition for Himachal Pradesh as the ‘apple state’ of the country. In a span of 35 years, this university has proved instrumental in raising the economy of hilly regions. Today, the apple industry of the state is valued at over Rs 3,600 crore per annum. The university’s major contribution has been in the supply of quality planting material, problem-specific package of practices and prompt transfer of technology to the farming community that has raised the farmers’ income substantially. For diversifying sources of horticultural income, the university is providing effective technological back-up to the state for its ambitious projects. The aim of these projects is the sustainable prosperity of small and marginal farmers through horticultural development.

Today, the ICAR-Agricultural University System has a network of about 74 universities and 64 regional research institutions across the country which are focusing on prosperity through agriculture. Going by the Union Budget allocations for the past five years, there has been an increase of more than 220 per cent in this span with major allocations for agriculture, cooperation and farmers’ welfare. However, the corresponding proportion of allocations for agricultural research and education has been diminishing and has fallen from 15.7% during 2017-18 to a budgeted proportion of 5.9% for 2020-21. Under the National Education Policy (NEP-2020), the Union government has planned substantial changes in the pedagogy and curriculum of agricultural education for finding solutions to the new agricultural challenges. The policy envisages making the agricultural production and marketing system more farmer-friendly by integrating agricultural education with social sciences, humanities, engineering, law, etc. so as to produce human resource capable of measuring and analysing the needs and aspirations of the people.

In order to meet the deficit of research funding and facilitate need-based research, the Centre has planned to set up the National Research Foundation (NRF) to grant competitive funding for outstanding research proposals. The NRF is expected to get an annual grant of Rs 20,000 crore for strengthening the financial fabric of research and educational institutions for the development of new farm-level technologies and ways for improving farm efficiency. The new interventions in the form of laws are a step towards strengthening the agricultural production and marketing system.