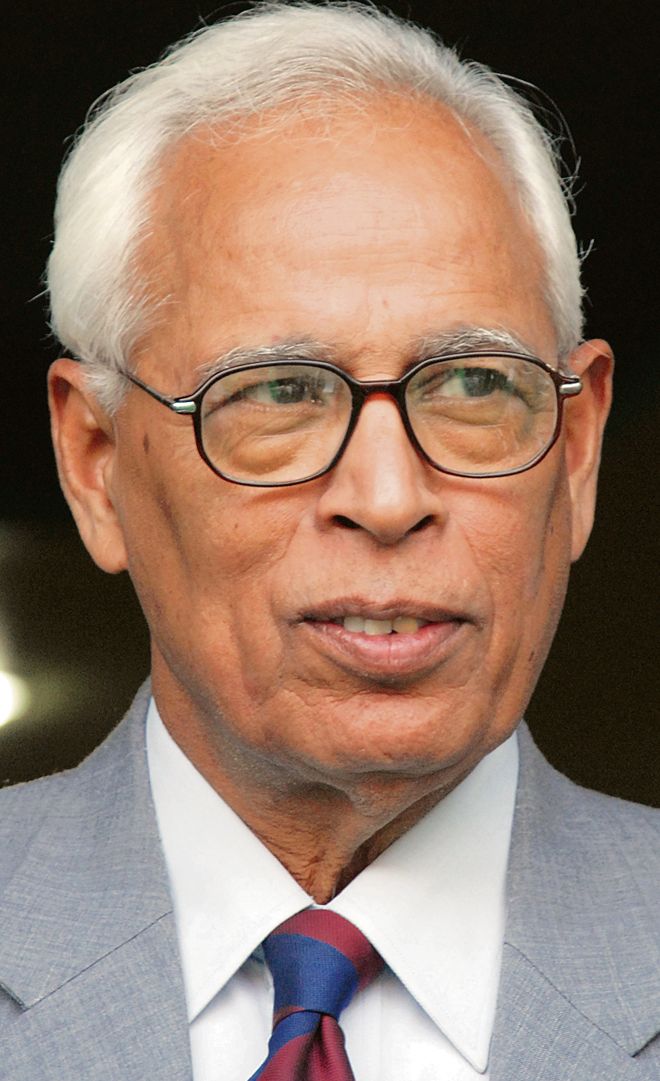 Sardar Dyal Singh Majithia was the scion of a notable family of Punjab. His grandfather, S. Desa Singh, was the Governor of Doaba and Majha and his father, S. Lehna Singh, was the chief of the Khalsa Army and the Governor of Majha, Amritsar and the Golden Temple. Born in 1849 (there is some ambiguity about the year of birth), young Dyal had inherited more than enough wealth to live a lordly life, full of fun and leisure. However, he chose otherwise. The truly monumental contributions made by the great Sardar, in a rather short life of 49 years, would be far better appreciated if we look back, even fleetingly, at the very difficult time in which he achieved so much despite the highly restrictive policies of the imperial masters.

Majithia was born in the year when Punjab was annexed. By the time he was in his early twenties, the British were enforcing a very oppressive regime which focused on a ruthless exploitation of India’s economic resources. The recurring famines, especially that in 1877, had caused endless deaths, widespread distress, growing anger and discontent, and incipient calls for the establishment of self-governing institutions. But the British were very clear about their objectives. Because of its borders with Afghanistan and Russia, Punjab was of strategic importance and could not be allowed, under any circumstances, to get infected by slogans of nationalism which were already being raised in Bengal. The British had decided to effectively control Punjab by the might of its military strength, come what may.

The young Majithia was a serious student and had acquired good knowledge of Persian, Urdu and English. To acquaint himself with western thought, he had assiduously read the classics of English literature, particularly Stuart Mill, Macaulay, Burke, Milton and others, and developed great interest in the propagation of secular belief and liberal thought. Keen to gain wider scientific knowledge, he travelled to England, despite very strong opposition, stayed for two years, had meetings and discussions with many notable personalities and returned home with a better informed world view. A versatile person, he would engage himself in debates on Vedanta and other philosophies and, being fond of Persian poetry, often recite the verses of Sufi seers.

To remain in touch with educated people, he decided to live in Lahore, which provided opportunities for social and intellectual activities. Having realised that his people could not achieve any kind of progress unless ignorance, superstition, prejudice and religious bigotry were totally eradicated, he decided to spend the rest of his life in promoting the education of his people and the reform of society. Towards this end, he decided to visit Calcutta, having heard much about the transformation underway in Bengal.

This visit led to Majithia being deeply impressed by the societal reforms achieved by the Brahmo Samaj movement and the nationalistic fervour triggered by the Arya Samaj. Deeply interested in the speedy advancement of his people, he had interactions with Swami Vivekananda and Swami Dayanand and was greatly influenced by the notable thinkers and leaders of that time, particularly Dadabhai Naoroji, RC Dutt, Madhav Ranade and Raja Ram Mohan Roy. After his Calcutta visit, he became an active worker of the Brahmo Samaj in Punjab and, for encouraging progressive thinking, he became the President of the Indian Association and set up the Union Academy at Lahore. Around this time, he realised that his efforts to educate the people and reform society would gain ground if there was a native newspaper to spread information and voice the grievances and aspirations of his people. The two newspapers at that time, The Civil & Military Gazette and the Pioneer, were focused entirely on serving British interests. The visionary Sardar’s interest in starting a newspaper in English got crystallised when, in 1878, Surendranath Banerjee (one of the founders of the Indian National Congress) toured Punjab. The two had many serious discussions and the Sardar accepted Banerjee’s offer to procure a printing press from Calcutta and, later, to also find the first Editor. Consequently, The Tribune was established at Lahore. The first issue of this 12-page weekly, priced at 4 annas, was published on February 2, 1881. This weekly, later published as a daily paper, soon acquired great popularity for its independence and for its endeavours to bring about national awakening.

Today, The Tribune is 140 years old and it can be claimed, with enormous pride and satisfaction, that through the course of the 66 years in which it appeared from Lahore, it fearlessly reported on the British Raj and on the course of our prolonged struggle for national freedom. For its uncompromising reporting of the Jallianwala Bagh massacre in 1919, our Editor, Kalinath Ray, who ran the paper for 27 years, was arrested and The Tribune was closed. After facing many difficulties, Ray was released and our paper was back in the stalls, sought-after much more than ever before.

After Independence, in the past 74 years till today, The Tribune has closely watched and objectively reported on the tumultuous period after Partition, the trials and tribulations of nation-building, the wars with Pakistan and the conflict with China, the evolution of policies for the growth and development of free India, the achievements and failures of each of the organs of our Constitution, the imposition of Emergency et al. Notwithstanding transitory problems, some of which arose from the political upheavals of that time, The Tribune has stood by its name and has not failed in continuing to serve as the Voice of the People of the entire Northern Region.

The Sardar had, in his last Will and Testimony, recorded in 1895, set up a Committee of Trustees, comprising three well-respected persons, to efficiently maintain the printing press and the newspaper, ensure the liberal policy of the paper, plough back the arising revenue surpluses and place The Tribune on a permanent footing.

On this happy occasion, the 140th anniversary of our Founding Day, the Trustees of the Tribune Trust salute Sardar Dyal Singh Majithia — a visionary patriot, educationist, social reformer and great philanthropist.