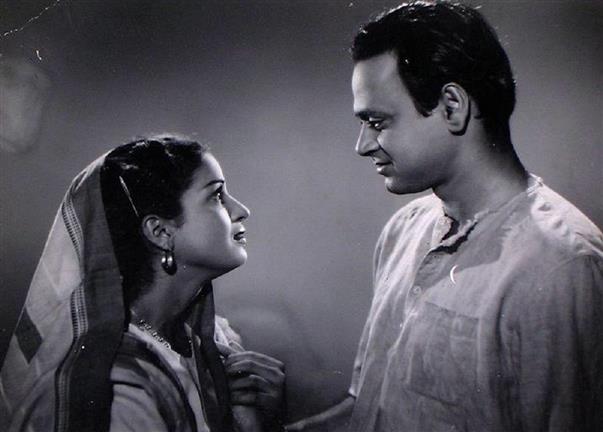 Few people remember Abhi Bhattacharya today. He appeared in more than 150 films in Hindi and 21 in Bengali during an acting career spanning four decades, but his contribution to cinema is hardly celebrated.

To understand the near eclipse of his legacy, one has to reflect on the changing trajectory of Indian cinema during this phase, as also on the evolution of this sensitive actor into a spiritually enlightened person.

He was born on November 20, 1921, in a village near Rajshahi of undivided Bengal, in a landed family. After his mother’s death, he was sent to Gaya, for better education, to the household of his wealthy maternal uncle. His aunt instilled in young Abhi the passion for music, poetry and drama, especially that of Tagore.

Although a bright student, his interest in cinema took him to Calcutta after graduation. Luck eluding him, he returned to Gaya and joined an American air base. The first major turn in his life came when he was asked by Hiten Chaudhuri to come to Bombay for film-related work, the other being, years later, when he came in close contact with spiritual leader ‘Dadaji’.

While in Bombay, he went for a screen test and was selected as the hero of Bombay Talkies’ ‘Noukadubi’ (1947), based on a Tagore novel, the earlier Hindi version of which featured Dilip Kumar. The film was directed by Nitin Bose (known later for ‘Deedar’ and ‘Ganga Jamuna’). Thereafter, Bhattacharya shifted to Calcutta, acted in a few lead roles, but nothing significant happened. Meanwhile, following Partition, his father lost virtually everything and shifted to Calcutta with many dependents. At that time, BN Sircar of New Theatres invited him to act in the double version film ‘Mahaprasthaner Pathe/Yatrik’ (1952). Around the same time was released Hindi film ‘Ratnadeep’ (later, the Tamil version ‘Ratnadeepam’) by director Debaki Bose.

While he performed a variety of roles in films like ‘Jailor’, ‘Dosti’, ‘Anuradha’, ‘Aashirwad’, ‘Aradhana’, ‘Andaz’, ‘Dushman’ and ‘Amanush’, he was also the favoured star for mythological films like ‘Ayodhyapati’, ‘Mahabharat’ and ‘Bhagwan Parshuram’.

He married fellow actress Pranati Ghosh but the marriage was not a happy one. Bhattacharya faced adversities in life without showing any bitterness and was known as a saintly artiste who was often deceived in the film fraternity.

After Amiya Roy Chowdhury of Calcutta gained fame as spiritual guru ‘Dadaji’, eminent people were drawn towards him. Bhattacharya’s flat at Bandra became a meeting place. His association with ‘Dadaji’ around 1971 was transformational in nature. For almost two decades thereafter, whenever ‘Dadaji’ visited Bombay, Bhattacharya’s house at Carter Road became a rallying point where people from different walks of life came and met. Bhattacharya became ‘Dadaji’s’ companion and helped spread his teachings, practising them in his own life. Before he passed away, he had prepared the manuscript of his book ‘Destiny with Dadaji’, which was edited by Ann Mills, who also made it public online.

The promise that Bhattacharya showed as a versatile actor was, perhaps, not fully realised. Was it his style of sober acting, or disappearance of idealism in cinema, or his lack of ambition? Whatever it be, in real life he turned out to be larger than a film hero. In the year of his birth centenary, shouldn’t we remember him, watch his movies and discover the life of a luminous being?