Ringing the bell on Sharenting : The Tribune India

Ringing the bell on Sharenting

Digital-savvy parents are unwittingly sharing pictures and information about their children, giving a lot of fodder to kidnappers and paedophiles 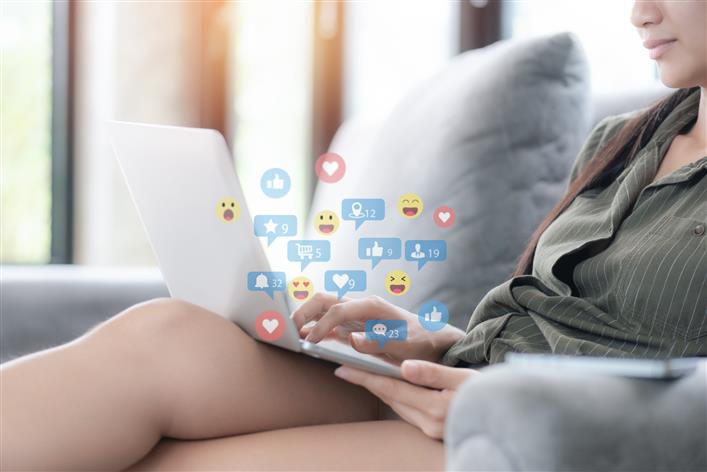 Parenthood is the closest humans will ever come to magic. It’s a deep interpersonal relationship, unlike any other kinship. It’s a series of learnings and possibly an equal amount of unlearning. Parenting is like reliving one’s childhood and going back to school, where we had all arrived the first time rather bewildered, knowing nothing.

While parenting has always been a tough taskmaster, the increasing digitisation of our lives has further complicated the realm and inserted the perils of Sharenting, which are hidden below a layer of social media happiness. Imagine a random stranger peering into your child’s bedroom window — this is how researchers from West Virginia University describe ‘Sharenting’. 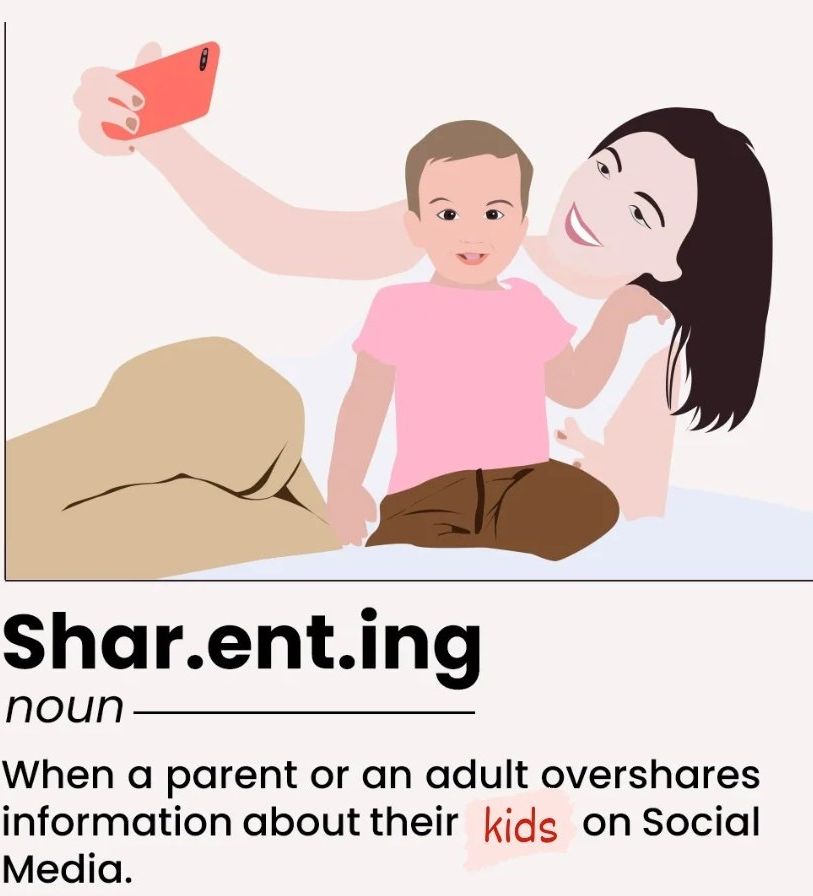 The term ‘Sharenting’ was coined by Wall Street Journal writer Steven Leckart in the early 2010s, describing a phenomenon in which parents overshare content about their children on the Internet. It is a much more severe and alarming problem than most parents realise. The proverbial ‘press-the-bell-icon’ generation of parents, who are looking to garner likes and validation, is at the forefront of this worrisome phenomenon. These digital-savvy parents unwittingly share pictures and information about their children, giving a lot of fodder to cybercriminals and paedophiles.

The digital footprints left by oversharing a child’s life on social media could lead to various forms of cybercrimes and give easy access to cyberbullies, criminals, and stalkers. The term ‘digital kidnapping’ refers to a phenomenon in which a stranger steals a minor’s photo from the Internet and posts the photo as if it’s their own. Some criminals even use these pictures for sick and extremely disgusting ‘role plays’ using hashtags such as #adoptionrp, #orphanrp, and #babyrp. Cybercriminals can also use your child’s pictures for cyber fraud and crimes. They can leverage photos of children to create completely false online identities — and even use these personas to infiltrate the lives of other children. The kind of horrible crimes that ensue from there can send shivers down the spine. 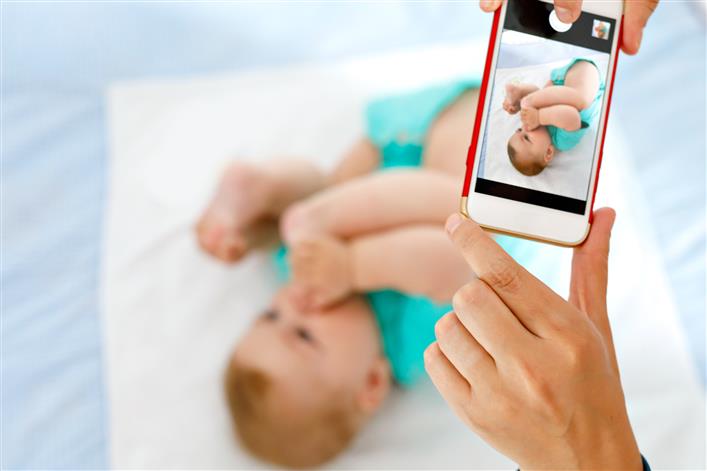 Sharenting can also impact a child’s sense of self and privacy. It robs them of narrating their own story, on their own terms and with consent. By the time a child reaches his/her teens, the social media profile of their parents is a publicly available journal, with every minute detail, and neatly arranged timelines.

In an advisory issued in early 2020 during the pandemic, the FBI warned about the potential for child abductors and kidnappers to use social media in luring children instead of in-person interaction. Sharenting makes our kids vulnerable to online predators. Added to the mix are serious consent and privacy concerns. 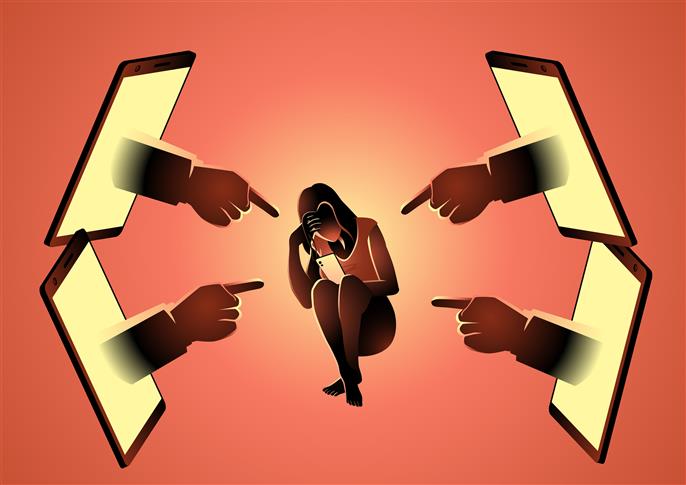 In South Asia, Assam Police have led the way with a sustained campaign #DontBeASharent to raise awareness on all the aspects of Sharenting.

The desire to permanently freeze in time the pulchritudinous splendour of a picture of your child’s first day at school is almost irresistible. The gratification and adulation that parents experience while sharing such information on social media, is more than likely to put the child’s safety at risk.

A picture can tell a thousand words. It can tell a potential criminal your child’s school name and address, age, and in most cases, your home address. This information can be used for digital kidnapping, identity theft, physical abuse and other cybercrime paraphernalia. Therefore, parents should be wary of what they post about their children on social media. Keeping the information vague, undated, and blurring the school logos or address before posting their pictures in school uniform are some of the measures that can keep cybercriminals at bay. 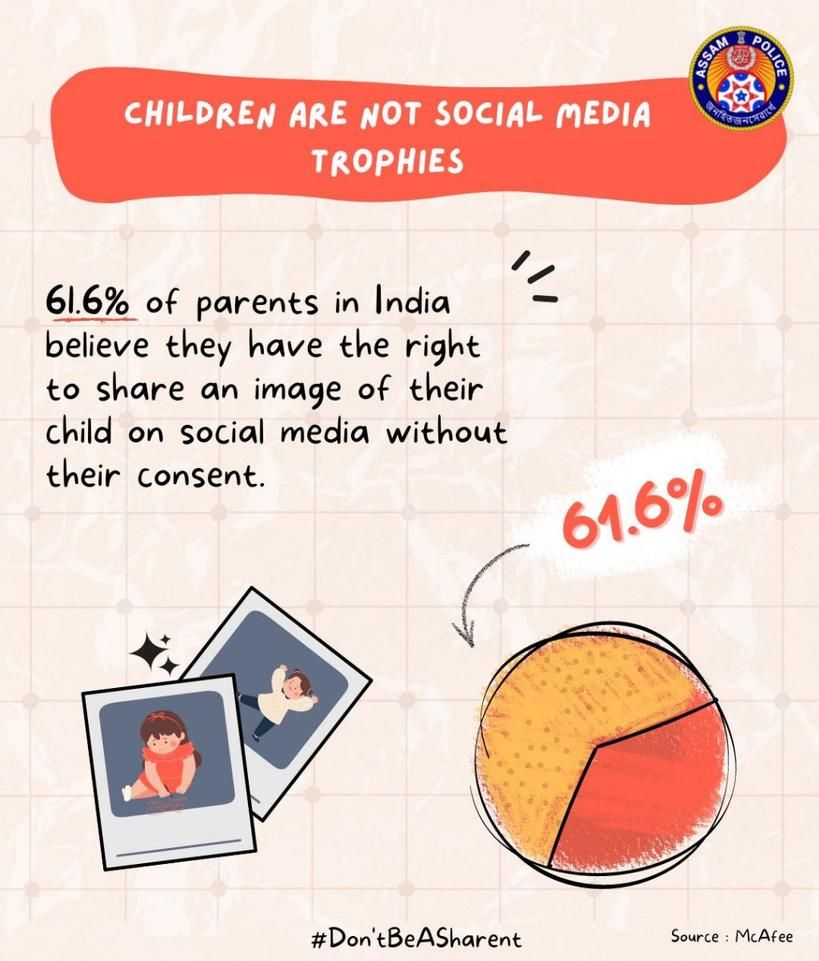 The digital humblebragging of parents has its roots in our brains. Positive reinforcement through ‘likes’ and ‘shares’ triggers the release of many hormones, including dopamine, which evokes rewarding behaviour. Truth be told, it’s a vicious biological circle. The visual medium to document a child’s life has evolved into a reward-based transactional relationship. Of likes and shares.

This is augmented by social media algorithms, which are designed to exploit these ‘cravings’ for likes and social validation on the Internet. It’s a swirling vortex that keeps you engaged, at the cost of your child’s well-being.

Recent research efforts have revealed some glaring and paradoxical insights about Sharenting. According to the findings of a 2022 research project called EU Kids Online, parents with higher levels of digital literacy are more prone to indulge in Sharenting. The researchers also found that those parents who actively interfere in their child’s Internet usage and register their apprehensions about their child’s privacy are more likely to indulge in Sharenting. Interestingly, on one hand, such parents restrain their children from using social media, while exposing them to an equal if not more number of risks. 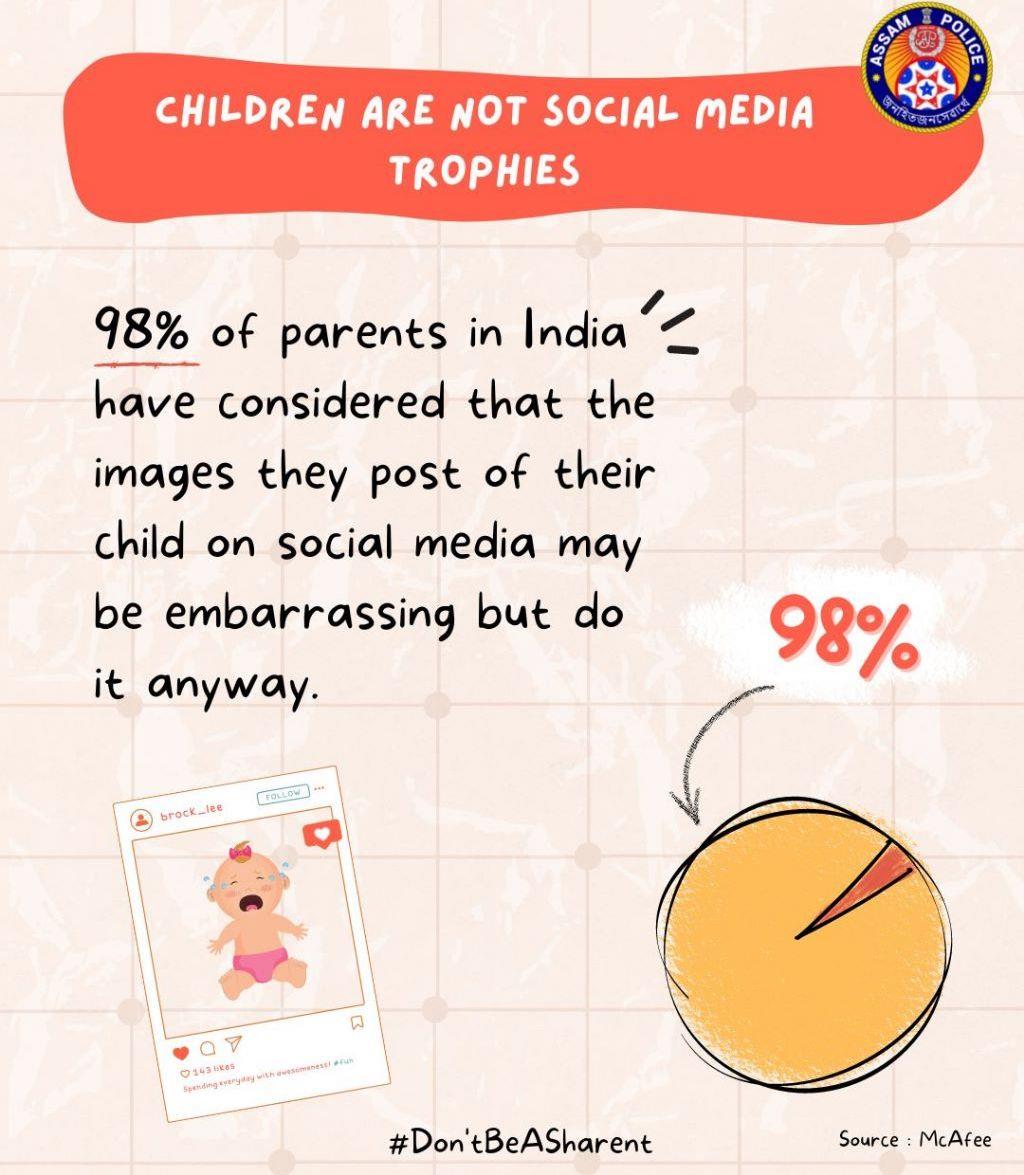 An Age of Consent Survey, commissioned by McAfee, found that even though parents are aware of the risks of posting images of their children on social media, they do it anyway, often without their children’s consent. The McAfee survey highlighted how parents’ posting behaviour on social media can affect their children. This manifests itself in multiple forms. Sharenting could lead to physical risks such as grooming, digital kidnapping, and identity theft.

According to another McAfee survey, titled ‘Cyberbullying in Plain Sight’, cyberbullying has reached alarming rates, particularly in India, where kids face cyber racism, sexual harassment, and threats of physical harm as early as the age of 10 — making India the number one nation for reported cyberbullying in the world. In India, one child in three reported receiving physical threats online, twice the international average.

The emergence of what researchers are now calling ‘Internet Parentsphere’ has created a unique dilemma of privacy or a child’s digital rights. It’s important to safely navigate through the uphill task of being a parent in the digital world, for it’s not child’s play. Not surprising that a study by Barclays shows that by 2030, Sharenting could result in cyber frauds worth £670 million.

Children are not social media trophies. As a parent, it’s our duty to respect our child’s privacy and not make them fodder for abuse and crime. Judicious use of social media to ensure that no personal information is being shared is the first line of defence for parents. Reviewing one’s social media privacy settings is a very important aspect, which can ensure that no stranger is lurking inside your or your child’s life. Also, as a general rule of thumb, before sharing anything about your child on social media, always ask yourself: if your child saw this, how would they feel about it?

If your child is 10 or older, give him/her some sense of control over their digital footprints by asking if they are comfortable with the information being shared by you on the Internet. Politely explain the perils of Sharenting to friends or family members if they’re posting content about your child that you’re not happy with.

The onus of keeping our children safe is on us. To say Sharenting is a looming danger, would be an understatement. The time to act is now.

The alarming urgency of the dangers of being a Sharent and its repercussions on our kids can leave permanent scars on their lives. The alarm bells are ringing for those who want to listen to them.

It’s time we rang the bell on Sharenting.

Even though detailed research on the phenomenon of Sharenting is still in its nascent stage and its associated perils are yet to be documented, the tell-tale signs are already visible.

In July 2015, CBS News reported that a child was digitally kidnapped by a stranger, posing as the father. The man claimed that the pictures he was posting on Facebook were of his four-year-old daughter. The mother of the child was scared to death when she discovered that a stranger was using the pictures posing as her father.

In May 2020, a Dutch court ruled that the grandmother oversharing her grandchildren’s pictures on Facebook should take down the photos after the mother of the children approached the court under European Union’s data privacy laws. These are indeed not isolated incidents of parents unwittingly putting their child’s life in danger.

Social media is turning parents into a possible source of crime against their own kids. During the Covid-19 pandemic, Assam Police received a distress message on its social media platform from a minor. She was being harassed and stalked by a man, who got hold of some of her pictures from her father’s Facebook profile. Her father was an oversharer, posting every family photo with details. The pandemic made him a compulsive and borderline OCD oversharer. As a result, the minor girl became a victim of her own father’s doing. The police immediately activated teams to trace the harasser. He was arrested a day after receiving the distress message. But the job was not done yet. The victim’s parents were counselled and sensitised about the dangers of oversharing their child’s life on social media.