This is the birth centennial year of the poet, who fired the imagination of the youth in his times with his soul-stirring poetry. And yet, not enough has been done to remember the lyricist whose last name asserted his Ludhianvi identity 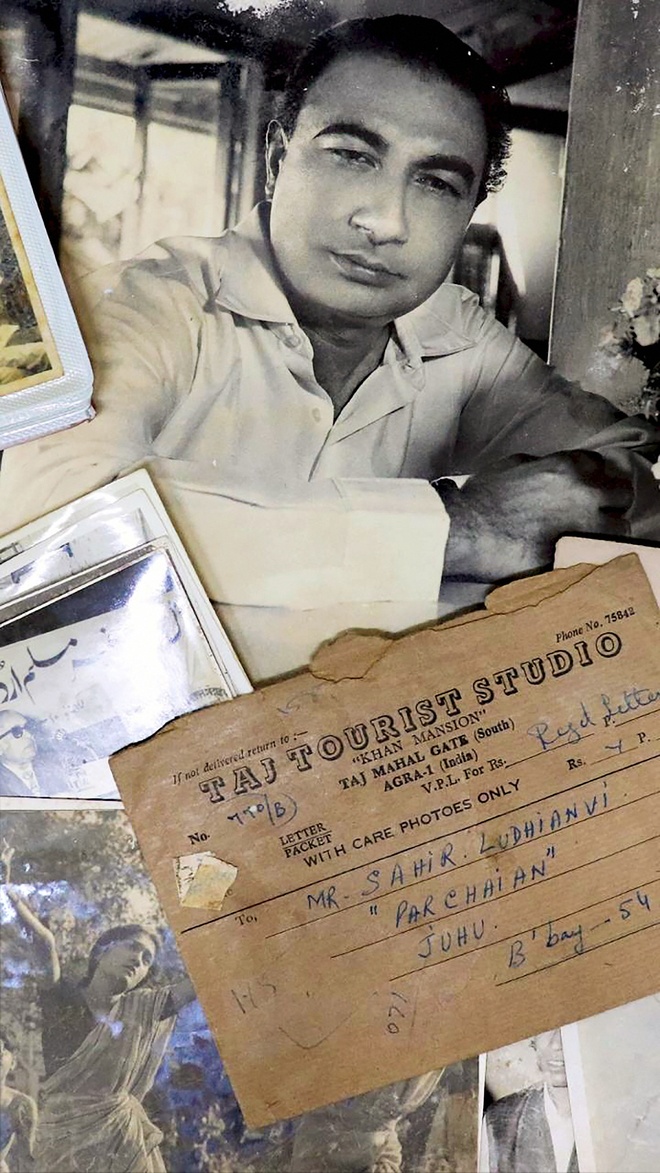 In the 1980s, noted Urdu poet late Kaifi Azmi came to Ludhiana to attend an event organised by the Progressive Writers’ Association. Later he expressed his desire to visit the place that housed Sahir Ludhianvi’s memorabilia — a place that, he supposed, would be the literary and cultural hub for poets and writers in Ludhiana. He said, “Mein salaam karney ke liye unke ghar jaana chahta hoon.”

But to his surprise, Kaifi found that there was no place in the city dedicated to the memory of the poet. He then did what he thought was the next best — he stood on the Jagraon bridge and paid his respects to the poet who had chosen to make the city a part of his identity.

Another progressive writer, poet and critic, late Ali Sardar Jafri, on his visit to the city, expressed “huge disappointment and pain” on Ludhiana’s failure to honour the memory of Sahir, whose formative years were spent in the city.

Strangely, for the poet who embraced the name of the city as his very identity, Ludhiana on its part has not chosen to keep him alive in public memory, says Sahir’s friend and author Dr Kewal Dheer.

Recounting an incident revealing Sahir’s feelings for the city, Dr Dheer says, “We had invited Sahir for a mushaira in Ludhiana. We got a few envelopes ready so that these could be given to the participating poets as ‘token of our appreciation’. Sahir simply refused to accept it. “Mehmaan nahi hoon. Mezbaan hoon (I am not a guest. I’m a host),” was the poet’s clinching argument.

Lack of vision, petty politics, bureaucratic wrangling — each and every factor played its part in not letting a cultural centre on Sahir come up.

Sahir was born as Abdul Hayee in Sekhewal village (now in the Ludhiana East Assembly constituency) in 1921. His mother later moved to his maternal grandparents’ place in the Karimpura area in Ludhiana.

Not many in the city are familiar with Sahir’s soul-stirring poetry, particularly the literary poetry that fired the imagination of the youth in his times. Sahir did not merely pen his thoughts or give vent to his emotions, he also documented the then-India, as Delhi-based filmmaker Rajesh Badal remarks. Sahir’s first long nazm Parchhaiyan focused on the dehumanising aspects of war.

“We cannot ignore the fact that we failed to tell the youth about Sahir and his literary greatness. Lack of sensitivity, commercialisation of culture, coupled with a consumerist approach have been responsible for this lack of interest,” says Dr Dheer, who has penned two books on Sahir — Dastan-e-Sahir, Sahir Ludhianvi — Sahiri Aur Shayeri.

Lost in a legal-political maze

Poets, writers and lovers of Urdu language in Ludhiana resolved to construct a memorial for Sahir. In 1995, the then-Chief Minister Beant Singh released a grant of Rs65 lakh for the construction of Sahir Cultural Centre. However, in August 1995, Beant Singh was assassinated and the cultural centre remained a stillborn idea. “Lack of vision, petty politics, bureaucratic wrangling — each and every factor played its part in not letting the cultural centre come up,” says Dr Dheer adding what was worse was that a signboard near Fountain Chowk Road that was to be rechristened as ‘Sahir Ludhianvi Marg’was unceremoniously removed.

The SCD Government College, however, has acknowledged the literary and cinematic achievements of its alumnus Sahir Ludhianvi. Dr Amarjit Hayer, who retired as Professor of Journalism, Languages and Culture from Punjab Agricultural University (PAU), Ludhiana, says that the college has acknowledged Sahir’s literary greatness. “Sahir penned two poems on his alma mater. The college, during its Golden Jubilee celebrations in 1970, invited Sahir and awarded him a gold medal.” The college, which had once asked Sahir to quit, finally recognised his accomplishments.

“The college takes pride in the achievements of Sahir Ludhianvi. The SCD Government College is celebrating his centenary year. We look forward to celebrating the poet’s birth centenary in 2021,” says the college principal Dr Dharam Singh Sandhu, as he proudly shows the group photo of Sahir and his classmates displayed in the college gallery. The college auditorium and also the botanical garden are named after the poet.

Sahir Ludhianvi’s fans too have been trying their best to keep his memories alive. The Sahir Ludhianvi Library in Punjabi Bhawan received funds from former Chief Election Commissioner of India Dr MS Gill, also an alumnus of the SCD Government College. Dr Kewal Dheer has been keeping the banner of the annual Jashn-e-Sahir mushaira afloat. Sahir himself had attended this mushaira in1975.

At a public event in Lahore where Sahir read Taj Mahal, there was “a slim, delicate and extremely beautiful young girl” in the queue. Instead of the customary autograph book, she extended her hand. Sahir wrote on her palm: “I have signed a blank cheque. You can cash it any time.” The girl was Amrita Pritam! Amrita’s love for Sahir was intense. A couplet she wrote for him, says: “Maine toot ke pyaar kiya tum se/ kya tumne bhi utna kiya mujh se?
(Source: Literary critic and author Gopi Chand Narang, in his foreword to Surinder Deol’s book Sahir: A Literary Portrait)