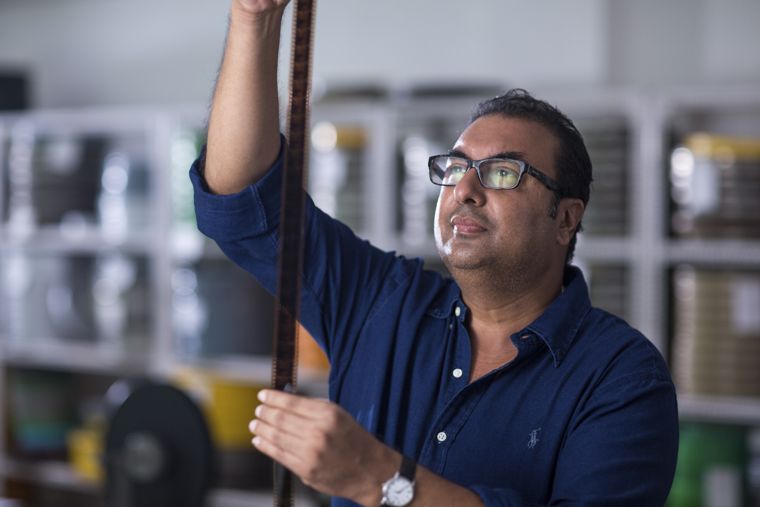 Filmmaker, archivist and foundation director Shivendra Singh Dungarpur is occupied with saving cinematic heritage almost to the point of obsession: “Unless we show, we will not know what has and can survive.” Sadly, much has already been lost.

Undeniably, Dilip Kumar, who wowed millions with his method acting, is the god of Indian cinema. But how many among the GenNext might have seen his films? As we near his birth centenary, which falls on December 11, the objective of the two-day film festival, ‘Dilip Kumar: Hero of Heroes’, organised by the Film Heritage Foundation, is not only to celebrate the great actor but also to bring the icon to life for today’s youth.

Filmmaker, archivist and foundation director Shivendra Singh Dungarpur is occupied with saving cinematic heritage almost to the point of obsession: “Unless we show, we will not know what has and can survive.” Sadly, much has already been lost. He could only find four of Dilip’s classics worthy of screening: ‘Aan’, ‘Devdas’, ‘Ram Aur Shyam’ and ‘Shakti’. Films are available on YouTube, pen drives, videos, but he rues, “Look at the quality.”

For Dungarpur, the magic of cinema lies on the big screen only. No wonder, he is unhappy that he could not find better prints of ‘Ganga Jamuna’ or ‘Madhumati’, his favourite. “Personally,” he feels, “I have not yet found an actor with the same poise, or thehraav, an actor who observes his co-actors and reacts with such precision.” Unsurprisingly, Dungarpur is happy to have selected ‘Shakti’, where two stalwarts, Dilip Kumar and Amitabh Bachchan, clash.

In fact, only recently the foundation had curated a festival around Amitabh’s films, which met with a warm response. What’s more, 70 per cent of the viewers were below 24 years of age. Dungarpur exults that there is an increasing hunger for classics. The festival opens in Mumbai on Saturday with ‘Aan’ in the presence of the tragedy king’s better half, Saira Banu.

Ultimately, the goal of the 20-city festival, which includes Chandigarh, too, is not to collect money. Rather, the end goal is: “Every art form needs and must find a space.”

To those who believe that film conservation is an unglamorous and tedious task, this FTII graduate in direction and scriptwriting reminds, “That is how we think in India. In Hollywood, celebrated filmmakers like Martin Scorsese are involved in film preservation. Even Christopher Nolan is an avid advocate.” In fact, it was Dungarpur’s association with Scorsese’s World Cinema Foundation during the restoration of Uday Shankar’s ‘Kalpana’, followed by his National Award-winning film ‘Celluloid Man’ on the legendary Indian archivist PK Nair, which led him to set up the Film Heritage Foundation in 2014.

Unfurling on December 10, the Dilip Kumar film fest could well be the key for cine enthusiasts to understand why old is gold.