He was a modest man but fully aware of his status and achievements. He knew what the name Milkha meant — the very definition of overcoming adversity and triumphing against all odds 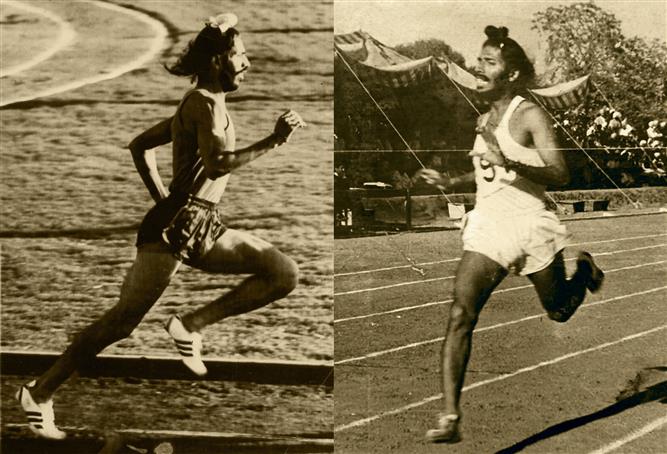 Ramrod-straight, upright, wiry and brimming with confidence, Milkha Singh never looked his age. He never aged. Looking at him, it was hard to imagine that he was a man in his nineties. Nothing seemed to have changed from his youthful days, except maybe his greying hair, which he used to dye.

He did not know how old he was, having had to flee his village in Multan during the bloodbath of Partition, leaving behind his parents and siblings who were killed in the riots. His official date of birth — November 20, 1929 — was a later-day invention to maintain records in his job applications. He was a child of that traumatic period of Indian history when its very survival and identity were under threat. Hungry, without any means of living, Milkha struggled on the streets of Delhi in 1947, seeking menial jobs in grocery stores, polishing shoes and even being jailed for travelling ticketless in a train.

His story of that struggle and deprivation that could not deter him from becoming the leading athlete of his times has been dramatically encapsulated in the film ‘Bhaag Milkha Bhaag’, which reintroduced him to a new audience and has made him a household name for even the present generation.

The legend of Milkha is well documented and needs no retelling, yet there are so many dramatic elements to it that each time you hear or narrate them, something new gets invented. So much of it sounds like a film script, written in the typical Bollywood masala style to captivate the audiences. Yet, it is all real.

When we were growing up in the India of the Sixties and Seventies, we had two superheroes — Milkha Singh and Dara Singh. While Dara Singh was the epitome of power and strength, Milkha was the essence of speed. If anyone tried to show off his physical powers, people would taunt him and say: “Do you think you are Dara Singh?” And if anyone would boast about running fast, they would sneer at him and say: “Do you think you are Milkha Singh?” Even for those who had no interest in athletics or sports, Milkha had become that mythical figure who could run faster than the gods.

The epithet ‘Flying Sikh’ is believed to have been given to him by Pakistan President General Ayub Khan in Lahore, where he beat one of the best runners in Asia, Abdul Khaliq, in 1958. And this sobriquet struck a chord among the Indian masses — now he was no longer just a speed merchant difficult to beat, but had also added wings to his sprinting legs. He was now the best runner in Asia and the Commonwealth countries, winning gold medals in their top events. He was by then being counted among the best 200m and 400m runners in the world and one of the favourites for the gold in 400m at the 1960 Rome Olympic Games. In a photo-finish, he came fourth, missing out on a medal by a whisker.

Despite that loss, which remains the best finish in track and field for an Indian in the Olympics even now, his legend endured. He was already beyond the human realm in the popular Indian imagination. His Olympics timing stood as a national record for the next 38 years and his winning 77 of the 80 races he ran is a feat not to scoff at.

His exploits had seeped so much into our minds that it won’t be wrong to say that he, much like Dara Singh, was a “Superman” in India’s collective conscience.

It was this “Superman” I interacted with from the early 1980s during my Chandigarh days, where I started my journalistic career. Milkha was then Director (Sports) with the Punjab Schools Department, and his wife — the affectionate, genial and hospitable Nirmal Milkha Singh — was Director (Sports) with the Chandigarh Administration. Nirmal was an achiever in her own right, having captained the Indian volleyball team, and the couple was made for each other, so deeply did they seem to understand each other. In a conversation, if she thought he was about to say something improper or was on the verge of losing his cool, she would immediately interject and just say “Sardarji”, and Milkha would immediately cool down. The bond was so strong that Milkha survived for barely five days after Nirmal succumbed to Covid-19.

He was a modest man but fully aware of his status and achievements. He knew what the name Milkha meant — the very definition of overcoming adversity and triumphing against all odds. He would regale us with stories of his past with the relish of a child, never flinching from explaining in detail his impoverished past and his complete lack of formal education. We would gather around him in parties and ask him to recount some of the more engaging tales for the newer audiences who were not aware of those nuggets. He would always oblige. He would call us rookies “Kakey” (child) and relate his embarrassing and triumphant moments with great relish.

One of our favourite stories was his response to Prime Minister Jawaharlal Nehru when he offered him the job of Director (Sports) in Punjab. He was not aware of such designations, nor of the hierarchies in jobs. All he knew was that ‘Afsar’ means someone important, and so he told the PM: “No I don’t want to become director, make me Afsar.” Despite having heard this story many times over, we all, including him, would break into peals of laughter every time he related it.

He would always blush when we would ask him about that famous quip of his, “No, no, I am Milkha Singh”, on being asked by a woman: “Are you relaxing?” This incident was real and happened during one of his races abroad, where a white English-speaking woman saw him lazing around while sitting on the turf. Milkha would become red in the face when he told this story and acknowledge that he was taken aback at seeing a young woman approach him and thought she had mistaken him for someone else.

It was hard to identify the Milkha we knew with the Milkha we had created in our imagination. He would speak fluent English, something he must have worked hard on during his later days, and his manners were urbane and he would carry himself with élan. There were no traces of bitterness in him of a past which could have scarred the best of us. He had learnt the ways of the world well. He was now a golfer, playing regularly at the Chandigarh Golf Club, where his son Jeev mastered the game to become a successful professional golfer.

He thought he was lucky to get into the Army after failing in his first two attempts. While doing his mundane chores, when working in the mess of his regiment, he would often see many jawans running around the ground. He would also notice them getting preferential treatment, be it better diet or time to train and rest. He had till then not known that there is a sport called running and the person who finished first is called the winner. What attracted him to sport was not the race itself but the perks attached to it.

Milkha would always emphasise that the only way to succeed is to train and work hard, even if it means dying of exhaustion. He would give his own example, be it when he discovered what running is all about while in the Army or when training to become one of the best in his field. He would even vomit blood, as he would say, while working on his fitness and running.

Thus began a career that was to blaze a trail on the running tracks of the world and ignite the imagination of a country in search of new heroes and icons.

— The writer is a senior sports journalist