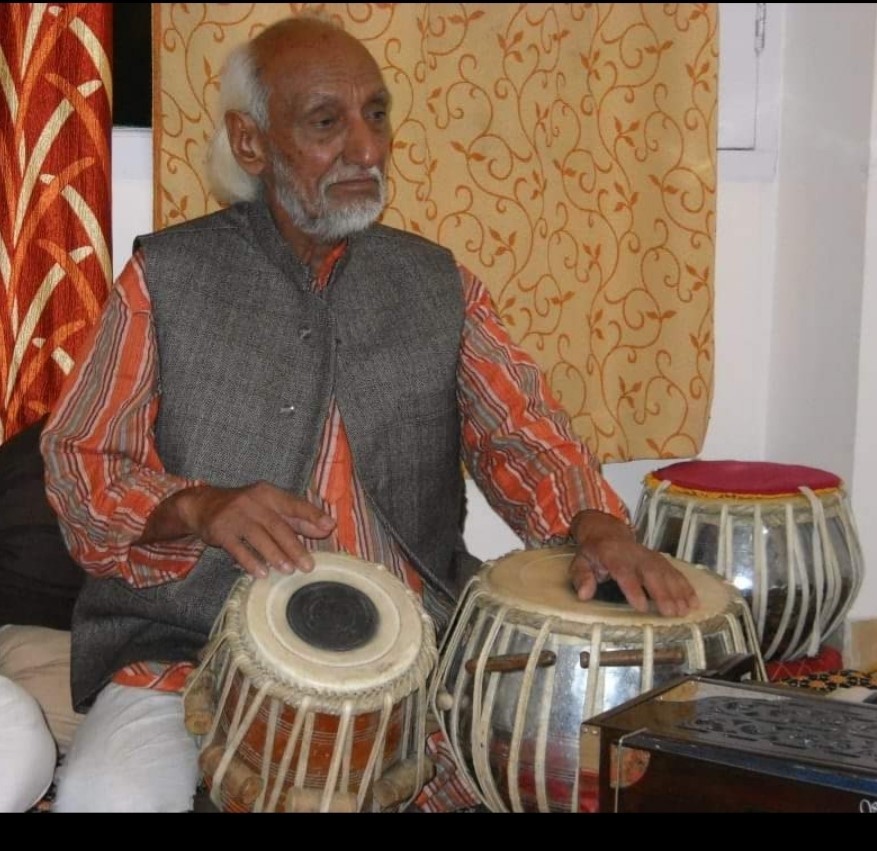 “The passing of an era” is how Punjab Gharana tabla stalwart Pt Yogesh Samsi termed the death of Pt Lachhman Singh Seen of Jalandhar. By the end of his long life, the Ustad, who died at the age of 94 on June 13, literally epitomised classical music in all its hues, teaching a host of disciples in the region, including Punjab and Himachal.

The Ustad’s remarkable journey started in Jammu, where he learnt the sitar from Pt Jiya Lal Basant. He also learnt to play the tabla. There were no musicians in the family of this Rajput Thakur boy, but such was his passion that he moved to Lahore, the biggest centre of music in those days. Here, he was taught by none other than Ustad Mian Qadir Baksh, then known as the ‘khalifa’ of Punjab Gharana.

Training alongside Ustad Alla Rakha, who belonged to Jammu and had also moved to Lahore, a young Lachhman Singh Seen honed his skills for a few years until Partition in 1947. He then went back to Jammu, where his prodigious ‘riyaaz’ was noticed by another doyen of music, Pt Uma Dutt Sharma (father of Padma Vibushan awardee Pt Shiv Kumar Sharma). Legend has it that when Pt Uma Dutt would go home at night, he would hear Seen practising, and when he would wake up the next morning to visit the temple, the tabla would still be heard!

Ustad Lachhman Singh Seen soon relocated to Jalandhar, a bigger musical centre, and it is here that he taught for the rest of his life, focusing on passing his knowledge rather than building his own career. His disciples include established names like Pt Kale Ram, Pt Sushil Kumar Jain, Neeraj Shandil from Shimla, sons Manu and Kinnar Seen (based in the US), the late Pt Pawan Kumar Verma, who was his son-in-law, and grandson Avirbhav Verma.

A simple person, Ustad Lachhman Singh Seen was content in his space and never vied for recognition. But his talent reverberated, and he was invited for a grand multi-city tour to the US and Canada in 2002 while in his 75th year. He was honoured with the title of ‘Mian’ on one of his several visits to Pakistan.

His journey of acclaim began as early as in the 1940s. At the famous Tansen Vishnu Digambar competition in Calcutta, he had played a solo that has long remained etched in the memory of music lovers. Son Manu recalls, “He was truly a scholar-musician, equally passionate about ‘vidvata’ (intellect).” He delighted in collecting old bandishs (compositions) in ragas traditionally from Punjab, including Multani Kafi. He was keen on tracing ragas in folk songs too and would demonstrate them on the sitar. “Baba Bulleh Shah was a favourite; I also remember how he taught me ‘Aavo ni saiyyon’. Another favourite was ‘Raat damme damme jandi’ in Raga Asa Mand. When I was learning Raga Gaoti from Ustad Shahid Parvez Khan, I recall my father telling me that we know this raga as Shuddha Bheem in Punjab. He was so knowledgeable.”

The teaching continued across generations. Shimla-based tabla exponent Neeraj Shandil recounts, “I had heard that he was a disciplinarian in his youth, but by the time I went to him, he was so loving. He was my Dada Guru as I learnt from his disciple Pt Sushil Kumar Jain. I recall the ‘topkhani gat’ he taught me — a ‘drut’ composition in 16 beats, called so because the sound of the tabla ‘bols’, when executed with great vigour, resembled a cannon.”

Shandil recalls how Ustadji used to wake up at 4 am even when he went to him in the 1990s. “He used to sing, and I would accompany him. His motive was that one should be equally proficient in tabla ‘sangat’ as in playing solo,” he says.

Indeed, the doyen was equally acclaimed for his subtle tabla ‘sangat’ that started in his teens at Jammu. Ustad Amir Khan chose him over two older players. Disappointed by the two accompanists provided at Harivallabh, Ustad Bade Ghulam Ali Khan had once insisted that Ustadji must travel with him to Ludhiana where the maestro was to perform next!