Sustainable production is the way forward

There is no dearth of avenues for farmers who are keen to innovate. There are many success stories where farmers have multiplied their income while working on a small piece of land. Small and marginal farmers can’t survive on the wheat-paddy monoculture as they have very little marketable surplus to be sold in the market. They have to opt for a sustainable economic enterprise. The growing of off-season vegetables on the periphery of towns and cities provides quick returns. 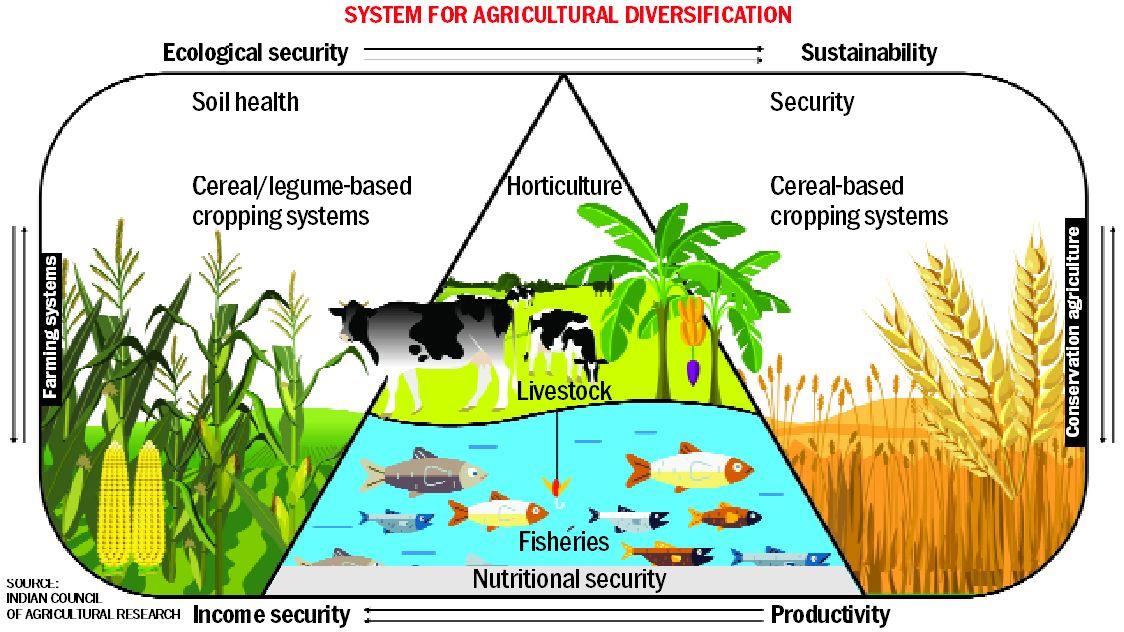 WITHOUT going into the merits/demerits of the Central farm laws, one wonders at the haste and the way these were introduced and passed in Parliament last year. Anyone who was not even conversant with the content of these laws also opposed these. All this resulted in a chaotic situation which could have been avoided. The introduction of these laws in Parliament should have been preceded by wide-ranging discussion involving farmers, agri-traders, academicians and policy-makers, both from Central and state governments. Consensus could have emerged at least on some clauses/issues, paving the way for genuine modifications, subsequently leading to broad mutual agreement.

Even if the farm laws are repealed or modified at some stage, it would less be an occasion to rejoice and more to introspect. No farmer can shut his eyes to the stark reality. How long will the assured purchase of wheat and paddy at MSP continue? Ultimately, everyone has to be on his own. Only those will survive who adopt innovation in agriculture. We need to come out of the comfort zone of wheat-paddy cultivation. There is little agricultural work after sowing wheat or transplantation of paddy, that too with hired labour. This duration till the harvest of the crop can be utilised to bring innovation and diversity to the farming practices to boost income.

The landholdings are shrinking day by day and the challenge to double the income of the farmers is becoming bigger. Unfortunately, the development of technologies in agriculture was less focused on the small and marginal farmers who constitute more than 60% of our farm sector manpower. However, there is no dearth of avenues if one is determined to innovate and there are many success/motivational stories where small farmers have multiplied their income while working on a small piece of land. Small and marginal farmers cannot survive on the wheat-paddy monoculture as they have very little marketable surplus to be sold in the market. They have to opt for a sustainable economic enterprise for better living as well as for more income. The growing of off-season and seasonal vegetables, especially by the farmers on the periphery of towns and cities, provides quick income to the growers. Protected cultivation of off-season vegetables is even more profitable. Raising orchards on a portion of the land can also boost the revenue of the farmers, apart from lending diversity to agriculture. Subsidiary enterprises in agriculture like beekeeping and mushroom-growing give ample opportunities to raise the income of farmers. Floriculture is another lucrative area, which if undertaken with precision and dedication, has the potential to increase farmers’ income manifold on a small piece of land. Dairy farming has the dual advantage of bringing diversity to agriculture and also a rise in the earnings of farmers. It will be the best bet if the small farmers are given technology, are motivated to process their products on a small scale and undertake marketing, facilitated by government policies.

The integrated farming system can be a solution where the small and marginal farmers increase their net income by opting for small segregation of land into diversified and high-value crop enterprises. The inclusion of other economically viable enterprises like fisheries, poultry, dairy, vegetable and fruits increase the net income. One such model of an integrated farm (crops, horticulture, kitchen garden, agro-forestry, fisheries and dairy) has been established at Punjab Agricultural University (PAU) where on 1-hectare land (2.5 acres) economically feasible farming is practised. The gross returns from this farm were more than Rs 8 lakh and the net revenue generated was nearly Rs 5 lakh.

Further, the small and marginal farmers can opt for value addition processing and high-value crops for better returns. Gurdev Kaur, who lives near Ludhiana, formed the ‘Global Self-help Group’ and is earning handsomely by processing vegetables in diversified ways; the group has provided employment to many women in the area. Another young farmer, Gurbir Singh of Maholi Kalan village near Ludhiana, is earning Rs 2.5-3 lakh annually from his 3-acre land by selling vegetables, pulses and maize under his brand ‘Next Organic’. There is no dearth of such examples where revenue can be generated by innovative farmers on a small piece of land. While some are doing successful cultivation of strawberries, selling these at the premium price of about Rs 350 per kg, others have earned a lot from the cultivation of bell pepper. Another innovative farmer, Sultan Singh of Khaira Kalan village, is reaping rich dividends from fig cultivation that he started in 2018. He is earning Rs 2 lakh per acre.

Commercial beekeeping and mushroom production are other options for small and marginal farmers to increase their income. Gurdaspur’s Kaushal Singh tried his luck at the processing of sugarcane for value addition in gur-making. He is earning revenue of about Rs 2 lakh per acre by selling his produce directly to the consumers under his organic brand and does direct marketing.

While farmers’ efforts and the will to adopt new technologies are of paramount importance, it is expected from the government that the policies are made and executed so that marketing of the produce is facilitated. Further, it is high time the government ensures guaranteed purchase of high-value crops at the MSP to encourage farmers to shift from the wheat-paddy cycle. Finally, attention must be paid to the recommendations made by various expert committees on agriculture, such as those led by Dr MS Swaminathan and Dr SS Johl, to improve the lot of the peasantry and other stakeholders.