As the govt prepares for initial rollout of the revolutionary 5G service, a look at what it means for new and existing subscribers 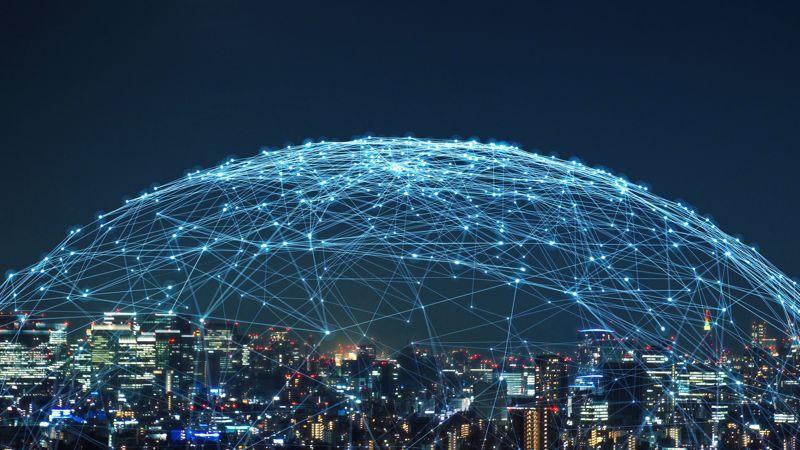 This June 15 marked a footnote in India’s economic history when the government finally announced a timeline for the auction of airwaves that could usher in a revolution in telecom. The initial rollout of 5G services, which will be about 10 times faster than 4G, could begin in a phased manner from August.

But for mobile users, the news will bring two worrylines. Going by the trend in the US, if your mobile phone is more than a few years old, it will have to be upgraded to avoid losing service. In the US, T-Mobile’s and Sprint’s services will be shut down by the end of June and Verizon 3G by December 31 to make room for 5G and other more advanced network services.

In India too, mobile carriers will have to shut down their 3G networks, which rely on older technology. As a result, many older cellphones will be unable to make or receive calls and texts or use data services. This will affect 3G mobile phones and certain older 4G mobile phones that do not support Voice over LTE (VoLTE or HD Voice). When 5G coverage is still limited and devices supporting voice are not widely available at mass market prices, VoLTE will become the foundation for voice service in 5G in the coming years. 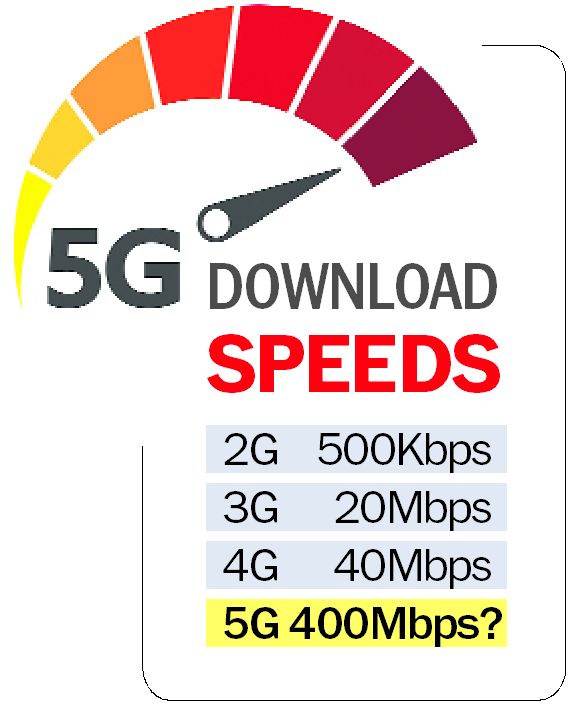 Since India is the software jugad capital, existing subscribers need not worry too much. The pesky callers from property dealers and loan sharks will soon be offering software upgrades in telecom circles where 3G phones are operating.

However, they won’t be able to offer much assistance to users of 2G, which is offered only by BSNL. A new phone will have to be purchased.

For more information on your mobile providers’ plans for 3G retirement and how you can prepare, contact your provider directly to free up spectrum and infrastructure to support new services, such as 5G. Similar transitions have happened before. For example, some mobile carriers shut down their 2G networks when they upgraded their networks to support 4G services. Mobile carriers have the flexibility to choose the types of technologies and services they deploy, including when they decommission older services in favour of newer services to meet consumer demands. 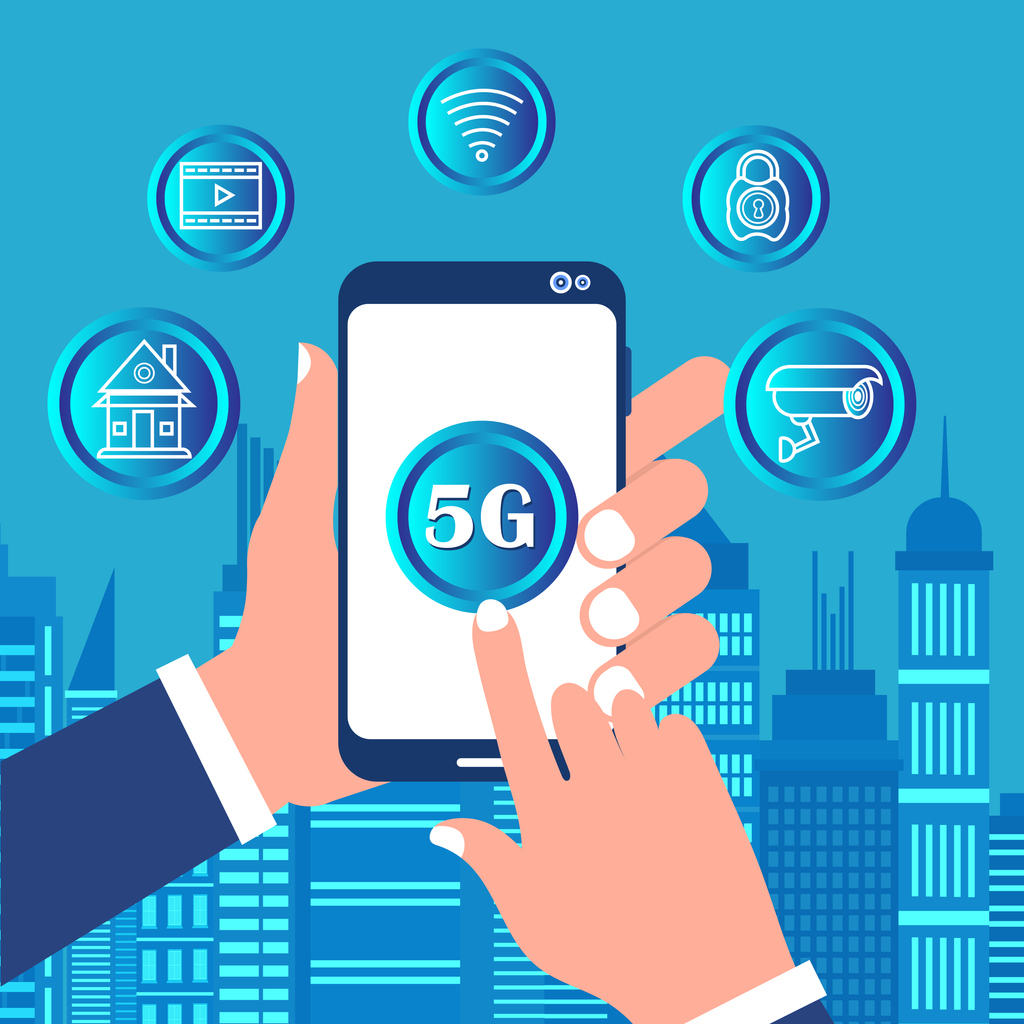 The second worry will be of affordability. Telecom service providers (TSPs) have had a quick churn in the Indian telecom market because of their over-enthusiasm in quoting astronomical sums to pocket frequencies. Few can forget the upending of private entry in landline phones by the then-unknown Himachal Futuristic, which bid Rs 85,000 crore way back in 1994. The Supreme Court’s cancellation of 2G licences was not the only scandal that scarred the account books of telecom companies. There were at least two instances when the Supreme Court gave the TSPs some relief from paying astronomical amounts they had themselves quoted. If telecom services are affordable in India, it is not due to policy-making geniuses in the Sanchar Bhavan but because instead of cancelling their licences, the government offered them some leeway in paying licence amounts to the Central exchequer.

As 5G operates in higher frequency bands that do not have long-distance coverage, the networks will have to be denser. Therefore, a crucial aspect that will add to the operator’s costs is the cost of renting “street furniture” such as electricity poles. Vodafone Idea and Airtel have been pressing for street furniture fee to be scrapped or majorly reduced from the existing Rs 1,000 per street furniture. The government has been taking initiatives to cut other costs incurred by TSPs. It cut the floor price for the auction of airwaves by an average of 39 per cent though the TSPs want it slashed by 90 per cent. The first seeds of yet another conflict with the government may, hopefully, have not been sown, though the operators may have noticed the industry-friendly approach.

The frequency auction announcement also saw the government prescribing a narrow gap in bands between 5G operators and broadcast services, to the chagrin of the latter who fear that “out-of-band emissions” from the former may affect the quality of its transmissions.

In India, the economic impact of 5G is projected to hit $1 trillion by 2035. 5G can unlock new economic opportunities and societal benefits and help India leap over the traditional barriers to development and further the ‘Digital India’ vision.

The stagnation in the subscriber base also suggests it is time for the market to apply shock therapy with a game-changer technology. As is usually the case, a climate of bullishness has gripped the world.

IHS Markit projects a 10.8 per cent rise in global 5G investments and R&D over the next 15 years and says the 5G value chain will generate $ 3.8 trillion in gross output and 2.3 crore new jobs. But the prospects of a digital divide loom large because of the likely scenario of a costlier service. It is estimated that 5G will take off initially in developed countries. Seven countries are slated to account for nearly 84 per cent of the contribution to global 5G-related gross output and over 88 per cent of the contribution to new employment.

Unnoticed in the frequency auctions is the first-time permission to set up captive networks (the ‘subscription’ or ‘Wi-Fi hotspot’ networks offered by private entities), despite the protests by Jio, Vodafone and Airtel who fear erosion in their businesses. The TSPs are not satisfied with the government’s stipulation that these captive networks will remain completely isolated from commercial networks and are set up only by end-user enterprises, instead of intermediaries and system integrators. The second seed of conflict may have been sown here.

The operators have laid down more than 20 conditions to ensure there is a level playing field vis-a-vis captive networks. On the other side of the fence, the Broadband India Forum (BIF) points out that captive private 5G networks are crucial to augment efficiencies and enhance productivity in the march towards Industry 4.0. India needs higher efficiencies in manufacturing, healthcare, education, agriculture, financial inclusion and many other indices to accelerate the process of digital transformation. This can best be achieved only through the use of Private Captive 5G Networks, it argues.

The 5G has already suffered from delays. The conflicting claims may not lead to a smooth auction of frequencies towards next month. Simply put, the TSPs are seeking more concessions because they are already deep in the red; one existing TSP is understood to be scouting for benefactors to pay off its recurring expenses. The upcoming auctions, if terms and conditions remain the same, will see the TSPs in a tight corner. But for them the saving grace is this government does not look too deeply at presumptive losses while trying to make doing business easier for the usual list of suspects who have managed to wrest easier conditions time and again in the 25 years of cellular mobile industry.

Why do frequencies carry a price?

Telecom services are not the only ones to use frequencies. The Centre gives huge amounts of frequency free of cost. The defence services were earlier accused as “frequency squatters” as it was argued that they had cornered free frequencies which could have been used for commercial purposes. But the silent use by the Railways has gone unnoticed. The Railways has dispensed with guards on some goods trains. But driverless trains due to 5G technology could soon become a feature. Apart from various in-house uses, the extra frequency will provide live Video Surveillance System for all coaches of the train, thus hopefully squeezing out the luggage-lifting gangs that have been the bane of the non-VIP traveller. Since this is devoid of any commercial gain and is only for enhancing security and passenger amenities, it is likely to be given free. With so many spectrums given free for defence and security purposes, the govt puts a price on the remaining spectrum that will be used for commercial purposes.

The TRAI offers an app which measures the speed. A complaint can be made if the counter shows slower speed than what has been advertised. But TRAI also undertakes spot checks, as in Ludhiana recently. Along with the operators, it conducted checks at congested places such as the Khalsa College and the Railway Station. Over four days, it covered 450 km and five hotspots in Ludhiana secondary switching area. The results were gratifying. The drop call rate and other parameters were below the benchmark levels. Reliance Jio’s 4G, Vodafone’s 2G and 4G, Airtel’s 2G and 4G and BSNL’s 2G and 3G were all delivering as promised. With TRAI’s beady eye, we may be rest assured that minor tweaking of 4G will not be passed off as a faster service.

The subscriber base may be beginning to stagnate. In April, it increased only by 0.08 per cent to 117 crore as compared to March. Urban telephone subscription decreased from 64.7 crore at the end of March to 64.6 crore but rural subscription increased from 51.9 crore to 52 crore.