As the revolutionary chatbot becomes a global rage, it throws up questions on how much technology is too much 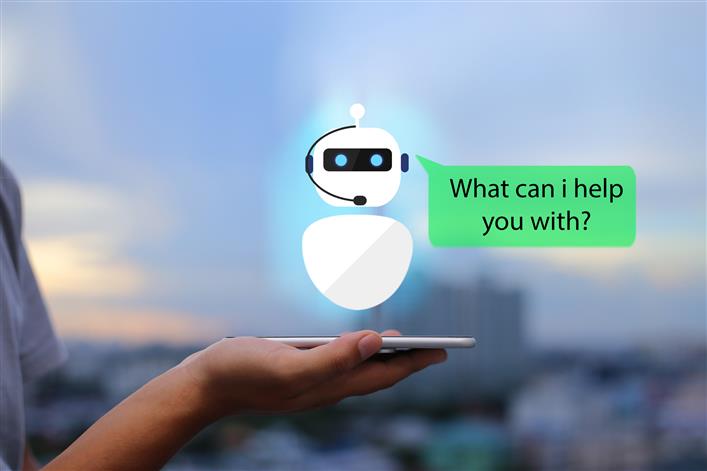 A few days back, Congress leader Shashi Tharoor took to Twitter to share a screenshot of a post by Nishanth Vijayan asking ChatGPT, a new Artificial Intelligence (AI)-powered chatbot, to write a leave application as if it’s written by the Kerala MP. Even as Tharoor laughingly dismissed the bombastically-worded letter as too ‘jejune’, users can’t seem to have enough of this innovative language tool. The chatbot is being asked to do varied tasks such as helping with science projects, describing Pakistan’s financial situation in Oscar Wilde’s style, predicting the Union Budget and more. People are sharing their conversations with this chatbot. And, the results are mind-boggling.

From composing a poem for a two-year-old to providing weather forecast, discussing news and sports, giving financial analysis, generating multiple class tests, writing complicated codes, guiding people with disabilities, assisting in shopping, ordering food or helping in preparing research papers, the ‘versatile’ AI bot can do everything. Producing text that is not only grammatically correct but also semantically meaningful and contextually appropriate, ChatGPT is finding many takers, especially among students who have been using the conversational AI tool to complete their assignments.

Panchkula-based Mehak Sharma, who is taking her Class X board exams this year, has been finding this AI tool an asset, especially for her French course. “Practising language exercises and translation have become easier ever since I started using ChatGPT. I have also used it for my English assignments for analysis of characters in Shakespeare’s The Merchant of Venice.”

Seen as a revolutionary moment in the world of technology, this AI chatbot, developed by researchers of OpenAI and backed by Microsoft, crossed 1 million hits within five days of it being made public last November. While OpenAI is yet to launch a ChatGPT app (both for Android and Apple iOS), the massive demand for this language-based search engine, which is available on its webpage, has led to many dubious apps emerging on the Apple Store as well as Android PlayStore.

The use of ChatGPT, which has the ability to generate human-like text, by students has divided teachers and academicians across the world. While many feel this will hinder their creative and learning abilities, others contend that this will open up new avenues, while reducing the load of mundane basics. Recently, more than 6,000 teachers from Harvard University, Yale University, University of Rhode Island and others signed up to use GPTZero, a programme that can detect AI-generated text. Meanwhile, faculty across many universities and engineering colleges in India, too, have been issuing warnings to students against using AI-powered software applications like ChatGPT and GitHub Copilot for submission of their assignments and projects.

Vinay Kumar, Assistant Professor at the Thapar Institute of Engineering and Technology, Patiala, feels, “You cannot shut your eyes to the emerging technology. There is no denying that students are going to use such a platform. But while its usage may provide basic information, it is not likely to affect serious research work where deeper understanding of the subject is required. This is because ChatGPT is a trained model with a knowledge cut-off date till October 2021, and that is also its limitation. The information, which is not current real world data, is already available across various websites. The information that the chatbot gives is too generalised to help students find solutions to complex problems. The system is not foolproof and will need a lot of time to train itself.”

Agrees Amritsar-based Tejinder Sharma, a faculty member of IK Gujral Punjab Technical University, Jalandhar. She says, “Bots like ChatGPT work on pattern-matching and keywords. For coders, these can generate good reference points and give a good start by helping them get basic understanding of the code, which can otherwise take a lot of time. Students can benefit provided they don’t abuse it and use it to plagiarise information.”

ChatGPT, or any such AI bot, can’t replace the immense potential of the human mind, says Vaibhav Sharma, an AI enthusiast and lawyer. He says, “While it is revolutionary in the huge mass of information it contains, this large-language trained bot may not always be accurate, especially when answering complex questions. Interestingly, while the answers it gives on many occasions may not be correct, it is extremely confident and may give you a wrong answer with full explanation. While it a great platform to brainstorm and give you general direction, but for a specific query involving multiple variables, you need to be careful. It may give you great-sounding but flawed reasoning.” “In a field like law, it may save time with basic drafting or to create simple standard form agreements, but when it comes to interpreting law and finding loopholes, it stands nowhere,” he adds. In medicine, it can be more dangerous, even fatal, to trust AI in finding the cure for a health issue, he points out.

“So far, Google search engine offered reference to a website. The revolutionary ChatGPT has taken the game to another level. Instead of merely pointing to a website, it gives a direct answer and has the ability to even engage in a discussion,” says Bengaluru-based Mukul Prasad, principal engineer with Ericsson. “Built on machine learning and supervised learning, the chatbot will learn from the data available on Net, besides gathering the data it acquires as it engages with multiple users, which becomes its learning point. In this new game of argumentative chatting, you can put across your point of view. The system will analyse your viewpoint, add to its crowd source information database and improve its own capability, while giving you a tailor-made response,” he says.

Its ability to self-learn and improvise has also been a matter of speculation. It is felt that an increased use of chatbots will eventually lead to job displacement and can even spread misinformation, besides concerns over privacy and safety.

Prasad, however, feels that while a trusted company like Microsoft will make sure there are enough checks and balances to prevent the spread of misinformation, the chatbot’s popularity is unlikely to impact the job sector much. “On the contrary, ChatGPT, which cannot be seen in isolation from AI, is likely to open many new domains.” He cites an example of how when the online ticketing system was introduced by the Railways, it initially saw some resistance regarding job displacement and teething issues. “Eventually, all such fears were laid to rest as it generated many more IT-related jobs, besides making ticket booking easier. Likewise, the AI holds the promise of making our lives simpler while developing a whole new industry around it.”

The recent announcement by Microsoft Chairman and CEO Satya Nadella that the cutting-edge ChatGPT is coming out with Azure OpenAI Service has fueled interest of businesses, professionals as well as academicians in this large language model which has a wide range of potential applications, from chatbots and virtual assistants to content generation and language translation.

Vish Bajaj, CEO of Gurugram-based ValueFirst Digital Media Pvt, which has been providing structured and AI-driven chatbots to banks, insurance and travel industry in India, feels ChatGPT will enable several AI-powered use cases for enterprises around customer service, retail, sales and marketing and beyond. “Its generative text capabilities will allow for more intuitive conversation-based interactions between a business house and its consumer, though the trained model will require constant training. As more and more integration of AI will take place in our lives, it has the potential of making things much more comfortable for us,” he adds.

The jury is out.