The arrival of the British impacted the way people sat, dressed & even ate in Punjab — from the use of peedhi or takht to chairs and dining table, sporting trousers instead of dhotis or pyjamas, or the advent of tablecloth and embroidery design sheets 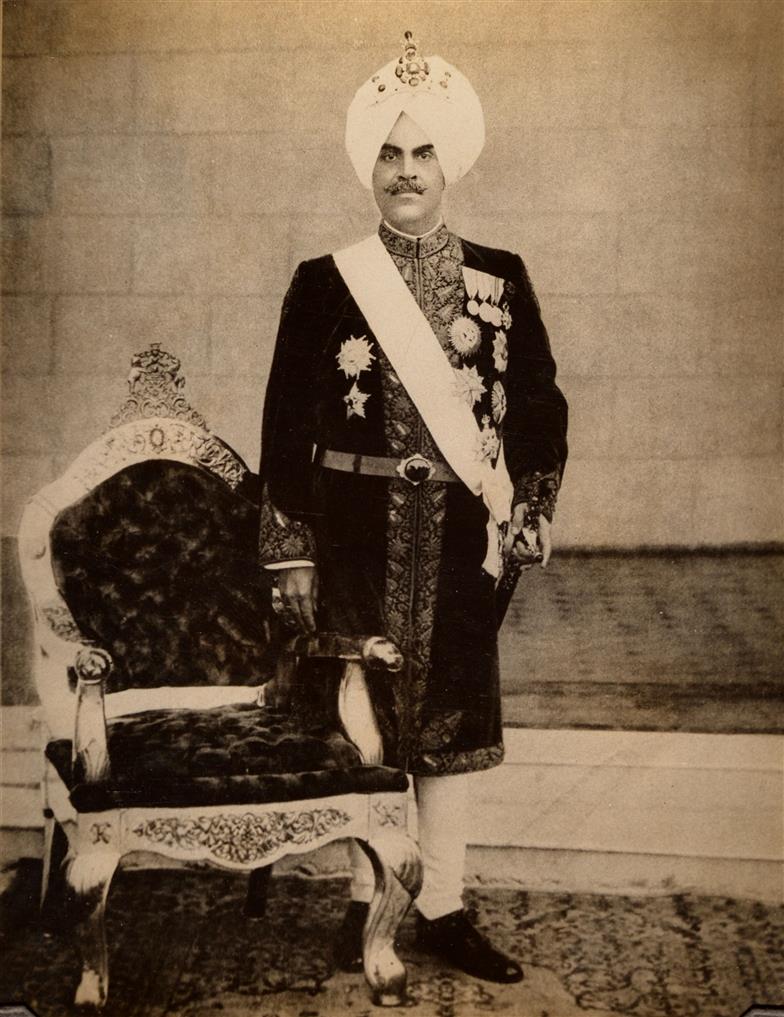 BEFORE the advent of European powers, people in the subcontinent were not using any western-style elevated furniture. Early travellers to India have chronicled accounts of people sitting on the floor on durries or peedhis. When the Portuguese arrived in the late 15th century, they did not find any western-style furniture or trained carpenters to make it.

Many writers have described Maharaja Ranjit Singh’s durbar wherein white sheets were spread on the floor. Emily Eden (1838), sister of Lord Auckland, mentions this in her letters to her sister. WG Archer in ‘Paintings of the Sikhs’ writes that Ranjit Singh started using chairs in his durbar much later. Their design was based on early 19th century English chairs with a new kind of looped arm.

In 1849, when the Sikh kingdom was annexed, Punjab came under the rule of the East India Company. Thereafter, the British reign continued for almost a hundred years, heralding the advent of western culture.

Thomas B Macaulay (1800-1859) came to India in 1834 as a law member of the East India Company. In February 1835, he wrote ‘Minute on Indian Education’ as he was in favour of introducing European education. He reasoned that education would produce a class of Indians that would act as interpreters between the British and the people they governed. The concept was that these people would remain Indian in blood and colour, but become English in taste, opinion, morals and intellect.

The British government and the Christian missionaries opened schools throughout India for the public. Government-approved English tutors became a norm in palace households.

By the end of the 19th century, several colleges opened in Punjab. The University of Punjab started on January 1, 1882, as well as an elite college like Aitchinson College (1886) opened at Lahore. Originally named Punjab Chiefs’ College, it was set up to educate family members of the ruling chiefs of Punjab. Its prominent alumni included Maharaja Bhupinder Singh of Patiala.

To accommodate the new lifestyle, some of the palaces added European-style wings in the late 19th and early 20th centuries, while other rulers built palaces designed by western architects.

Rosita Forbes, in ‘India of the Princes’ (1939), termed Maharaja Jagatjit Singh’s city of Kapurthala as a mini Paris where the palaces and public buildings reflected the best aspects of the French Renaissance. She writes, “The palace of the ruler might well be Versailles, having chateau with gardens like Le Nôtre.”

The palaces were transformed and the royalty adopted a lifestyle similar to the aristocracy in the West. Vast saloons in Indian palaces were furnished with English-style chairs and sofas. Palaces now had large reception halls, banquet halls with chandeliers lit by electricity, large dining rooms with big tables and chairs, as the rajas regularly hosted European guests. Princes with western education as well as educated Indians took to wearing western clothes, engaged in western games and ate western food. Slowly, more and more people modernised their homes and started using elevated European-style furniture. This impacted the dressing style of the people.

It is interesting to note that there could be a correlation between dress and furniture. This transformation happened during the British era. For Indians, the first step towards westernisation was wearing European garments along with Indian clothes. In many late 19th-century paintings and early 20th-century photographs, Indian men appear in western-style coats, waistcoats, greatcoats, or overcoats — sometimes an assortment of these garments worn by different men in the same photograph. Beneath the various western coats could be seen a kurta-pyjama, or even a shirt and a tie worn with a pyjama.

The process of change in dress is explained by St Nihal Singh in his 1916 book, ‘The King's Indian Allies: The Rajas and Their India’. He writes, “The process of change in dress is interesting — nearly always the coat and waistcoat of European style are adopted before the western style trousers are donned. The latter are not worn until the floor is abandoned as a seat in favour of chairs. The reason for this, no doubt, is that Indian dress or pyjamas permit the wearer to sit on the floor with greater comfort than the European garments.”

After furniture came into Punjabi homes, the need for household linen was also felt. Articles similar to the ones used in European homes became the norm. Forbes J Watson (1866) in ‘The Textile Manufactures and the Costumes of the People of India’ mentions western-style items like table napkins, doilies and pocket-handkerchiefs earlier being used only by the Europeans. TN Mukharji (1888) writes in ‘Art Manufactures of India’ about embroidered mantel covers, table covers, chair covers, tea-cosies and cushions used by the Europeans.