The curious case of how medicines are priced : The Tribune India

The curious case of how medicines are priced

A study has found vast differences in the prices of various brands, besides variation in those sold under multiple brand names by the same company 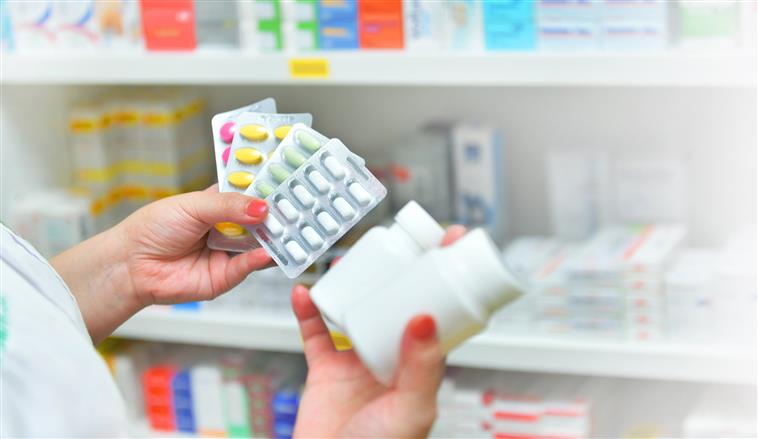 A market study of the Competition Commission of India (CCI) on the pharmaceutical industry revealed that from August 2019 to July 2020, as many as 2,871 formulations were being sold under 47,478 brands.

A market study of the Competition Commission of India (CCI) on the pharmaceutical industry revealed that from August 2019 to July 2020, as many as 2,871 formulations were being sold under 47,478 brands. On an average, there were as many as 17 brands for one formulation. Competition usually brings down the prices of goods in the market, but this is not the case in the pharmaceutical sector. Here, consumers do not compare prices or buy the cheapest prices but go by what the doctor has prescribed. Often drug companies spend enormous amounts to push their brands through doctors. They also offer high profit margins to retailers. It is the consumer who bears the burden of high prices of medicines! So, is there a way to bring down your monthly medicine bill? Let’s see.

Since it is mandatory to take medicines, the only way out is to buy drugs at a lower price. The best option, of course, is to have your doctor prescribe the generic name of the medicines, which cost much less. In fact, it is now mandatory for doctors to write the generic name. Clause 1.5 of the Indian Medical Council (Professional Conduct, Etiquette and Ethics) Regulations, 2002, states: “Every physician should prescribe drugs with generic names legibly and preferably in capital letters.”

You can buy drugs at the Jan Aushadhi Kendras, which are dedicated to making available quality generic medicines at affordable prices. According to the Union Ministry of Chemicals and Fertilisers, which runs these under the Pharmaceuticals and Medical Devices Bureau of India, as on October 6, 2021, there were 8,355 such kendras covering all districts across the country. You can check their locations on www.janaushadhi.com.

If the medicines you need are not available there, you should look at the price of different brands of the medication prescribed. Sometimes, the doctor may advise expensive medicines of a particular brand, even if cheaper ones are available. So you can ask your chemist to give options but make sure that the composition and the dosage strength are the same as prescribed by the doctor. There are also websites that help you compare prices of different brands.

Most brands have a high mark-up or a trade margin and the chemist can well give you a good discount — while 10 per cent is common on some medications, chemists go up to as much as 30-40 per cent. So, bargain hard and buy from the chemist who gives you a decent discount. After all, you are buying these medicines every month. You can also check offers from online pharmacies.

You should also check if the drugs you are purchasing have come under the 34 new drugs added to the National List of Essential Medicines (NLEM). These will cost less because of the price cap on them. To ensure the availability of essential medicines at affordable prices, the health ministry prepares a national list of essential medicines. The prices of these drugs are controlled under The Drugs (Prices Control) Order and are notified under Section 3 of the Essential Commodities Act.

In September this year, the revised NLEM, 2020, was released. Out of 376 drugs that were in the list issued in 2015, as many as 26 drugs were dropped and 34 new ones added, taking the total to 384. The notification was issued on November 11. So, one would ask here that despite such measures, why are the drug prices so high? Well, only 17.7 per cent of the drugs in the market come under the NLEM and price control. Non-scheduled drugs, or those that do not come under price control, constitute 82.3 per cent of the medicines sold in the market.

Whenever the issue of high price of medicines and the need for price control is raised, pharmaceutical companies argue that any such control would cut down their spending on research and development and adversely affect the introduction of new drugs in the market.

However, what they do not talk about is the large amounts of money that they spend on enticing doctors to prescribe their brands. Ironically, such unethical marketing practices affect the consumer adversely in more ways than one — she/he not only pays for these profligacies as they are inbuilt into the cost of the medicine, but also suffer the effects of such unscrupulous promotion when a doctor prescribes unrequired surgeries or medicines or prescribes the most expensive brand.

In a petition that is before the Supreme Court, the Federation of Medical and Sales Representatives Association of India has prayed for a statutory code of ethical marketing for the pharmaceutical industry to curb such practices effectively. While the Indian Medical Council (Professional Conduct, Etiquette and Ethics) Regulations 2002 prohibit doctors from accepting such incentives, there is no such prohibition in respect of pharma companies, the petition said.

Even though a “Uniform Code of Pharmaceuticals Marketing Practices” was brought into effect from 2015, it was voluntary and subsequently, in 2017, the Department of Pharmaceuticals came up with a draft Essential Commodities (Control of Unethical Practices in Marketing of Drugs) Order, 2017. However, it has remained in cold storage as the law ministry said the issue was outside the scope of the Essential Commodities Act.

The petition calling for a stringent mandatory code was triggered by the accusation by the Central Board of Direct Taxes (CBDT) on July 13 that the manufacturers of Dolo-650 tablet had distributed freebies worth about Rs 1,000 crore to doctors for promoting their products. In fact, during the pandemic, Dolo had suddenly gained immense popularity and had become the drug of choice.

The trade margin on many drugs — that is the difference between the maximum retail price at which the drug is sold to the consumer and the ex-factory price — is also very high in respect of non-scheduled drugs, thereby pushing up the price of drugs for consumers. This is the reason why the Union government is considering ways to rationalise the trade margin and bring down the prices of non-scheduled drugs.

As a pilot, the national drug price regulator, National Pharmaceutical Pricing Authority (NPPA), in 2019 invoked Para 19 of the Drug Prices Control Order, that gives it the power to fix the ceiling price or retail price of any drug in public interest, to cap the trade margin to a maximum of 30 per cent on 42 anti-cancer drugs sold by 526 companies. The substantial reduction in the prices of these drugs that the move brought about emphasises the need for such action in case of all non-scheduled drugs.