We came across a pair of lionesses perched on a rock surveying the horizon for a prey. Noticing our presence, the majestic ladies at the prime of their youth, stood up and walked. They refused to give us way for over a mile. The silence that pervaded us was stealthy and we stood awestruck. Cheetahs are solitary animals and are often difficult to spot. Our guide said that we were lucky. There were five of them, a rare occurrence. 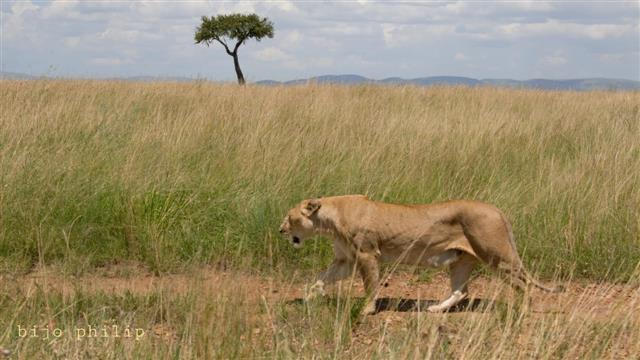 There were Hippos in the small river beneath our tents. I imagined them to be a happy family of a strict father, an accommodating mother, an elder daughter chaperoning two playful adolescents. There was never a quiet moment with them splashing up and down the stream; rhythms of their life-changing with the rise and fall of the fickle river. From the dread of our first night, we soon learned to live with them, their grunts missed if an hour passed in silence. 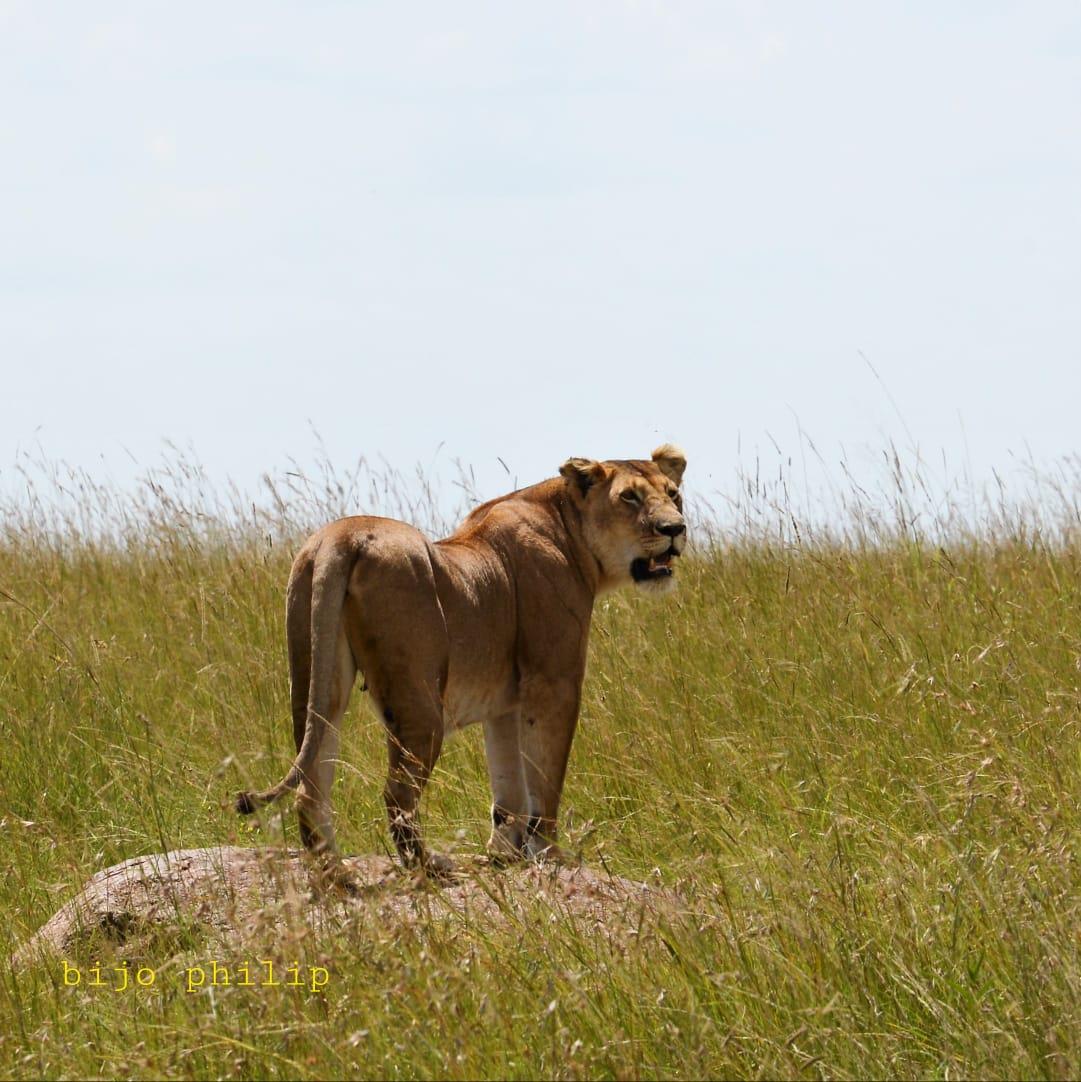 The trip is the upshot of a moment of truth of me turning fifty this May. Less roads ahead than travelled and with frailties of age setting in, I felt that I earned the right to have some private time with my younger brothers to reminisce the road travelled. A few friends who were adamant, joined us as planning progressed. There is no risk-free travel in these Covid times. A cousin from Bangalore had to drop out as the situation worsened in India. Thus, it was six of us middle-aged men from Dubai and Abu Dhabi with requisite gung-ho who took the Emirates Flight to Nairobi on May 13.

I always had felt that my earlier trip to Kenya and Uganda in Feb 2012 was an unfinished business. It was a typical packaged affair with two days spent in each of the three camps in Jinja, Mara and Amboseli. It was the Mada Group of Hotels who had properties in all three places, managed my trip then. Their minimalist approach to guest comfort suited my temperament and wallet. Another friend had made a trip to Amboseli in October last year to photograph its Elephants. He had stayed at Mada Group’s Kilima Camp and spoke high of them. 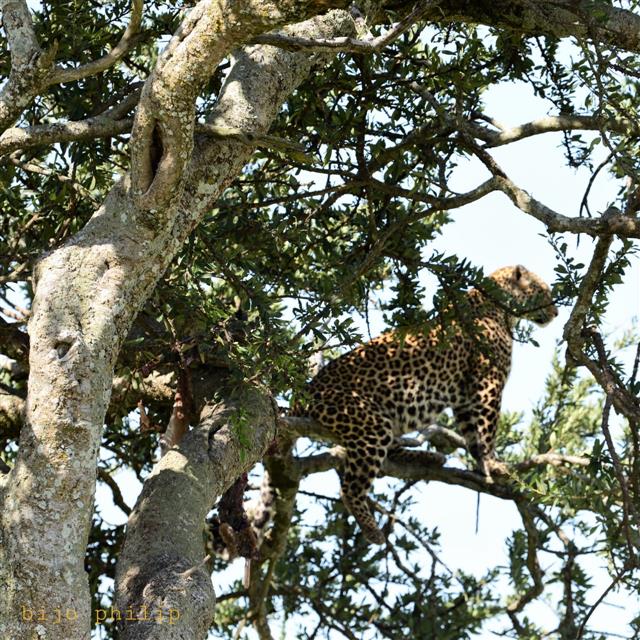 On cue from him the Group’s sales manager got in touch. The helpful lady came up with an itinerary of six days in the Mara with an additional day in Nairobi for the mandatory Covid tests for return flights. Our intention was to stay at one place, get to know the pulse of the fascinating land and its inhabitants and not to revel in luxury. The Fig Tree camp at the Mara is optimal. It was on a thicket around a U-bend of the Talek River with permanent guest tents, each equipped with bathrooms and electricity and facing the river a little beneath. Our flight arrived on time early morning on May 13.

After our toilet and a good breakfast at the nearby hotel, we were soon on the road towards Mara Camp, 270 Km away. The view point from the edge of the Rift valley is 40 kilometers west of Nairobi town. The Great Rift valley is a geographic marvel, a system of continuous trenches running east of African continent from Mozambique all the way up to north of Lebanon. 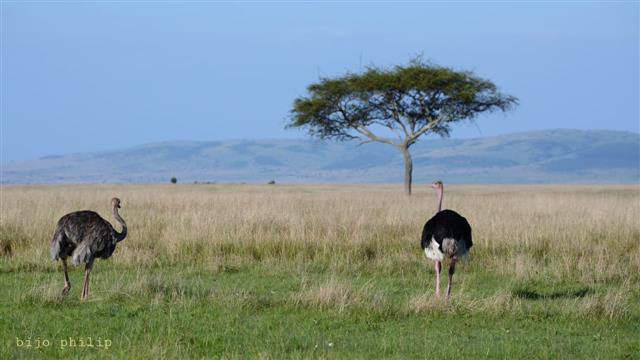 The Deep and long lakes of Tanganyika and Malawi and the upland geography of the Masai lands owes its allure to Rift Valley. There were a few souvenir vendors at the view point. But despite their obvious slump in business, none harassed us to buy their wares. We had a light lunch at of sausages and scones bought from a supermarket at Narok. The hundred kilometers, from Narok to south of Mara, was a dirt road in 2012. Now it is a wide tarmac road, thanks to the ingenuity and unmistakable influence of the Chinese in the region The Zebras and Wildebeest herds that were plenty on Narok- Mara road ten years back were no longer there. Large tracts of land on both sides of the road were fenced off too.

It appears that the Masai, who historically occupied Rift Valley from northern Tanzania and southern Kenya, have still not lost the habit of losing their lands. Masai cede control of their lands by sales to corporates or rich overseas individuals who buy it for private game reserves or for farmland development. The government too wishes to exclude Masai’s pastoral rights when they set up a designated game reserve.

Wild game thrived in Masai lands primarily owing to their aversion to feed on wild game meat. Their fearsome warrior reputation and staunch opposition to slavery, historically, caused the Arab and European poachers to give Masai lands a wide berth. Political developments in the last hundred years, starting with the English occupation and the more recent republicanism dominated by northern tribes, is gradually eroding the famed Masai identity.

It is debatable if the Masai losing pastoralism is bad for the wild life. One thing is certain. The haphazard and fragmented development serves only the vested interests with few gains trickling down to the general populace. It is not all gloom. Unlike rest of Africa, Nations of rift valley are now on an extended period of stability. Following appreciable changes in Tanzania, the bigger southern neighbor, there is much optimism in the air. 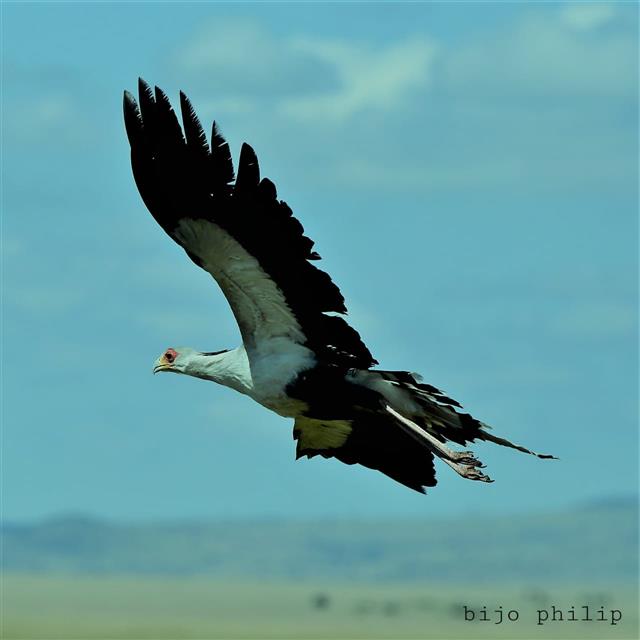 With the greater Serengeti plains in Tanzania lately experiencing a balanced development, perhaps it will be better days ahead for the wild life to Kenya too. The Fig Tree camp appeared not much changed over these years. The camp was empty but for the six of us and perhaps an occasional visitor, thus ensuring that we are nearly pampered. Food was excellent with superb Indian dishes a welcome addition for us. The fruits were fresh and the meat was lean. Courteous and friendly staff ensured that we felt safe, our beds made and the rooms clean. 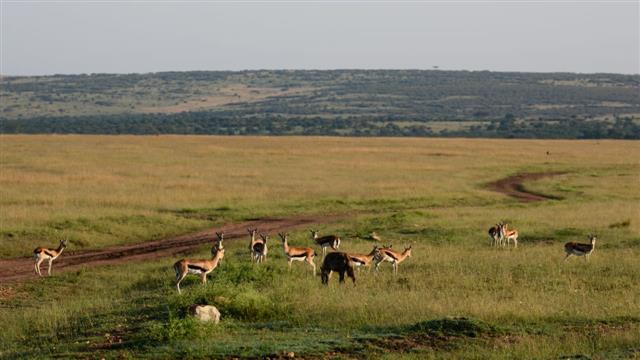 They shunned plastic water bottles. Refilled blue glass bottles were used instead. Like the neighboring Rwanda, Burundi and Tanzania, Kenya too follows a ‘no plastic bag and bottle’ policy. I had ensured that our troop used our own durable water bottles, reusable face masks and are to account for plastic bags we have bought in. Our safari cars and guides were supplied by an enterprising man who used to work for the local UN office. They were all well-educated, thanks to the many western evangelical NGOs . 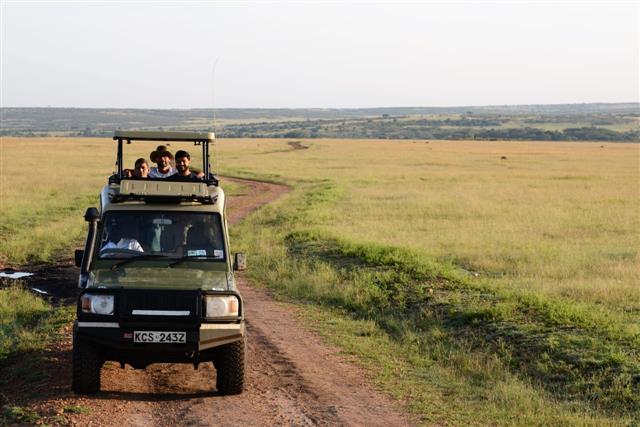 Hippos thrived in the river and made noise all through the night. Despite that, our sleep was disturbed only by an occasional roar of a lion or a hoard of Hyenas making merry over a night time kill. The rainy season was ending and the park had turned to a semi swamp. The open land cruisers that ferried us to safari were stranded time and again in mud and river crossings. Grass was lush with an odd thorny tree standing sentinel. Gazelles, Topies, Impalas, Giraffes, Hartebeests, Jackals, buffalos and Warthogs thrived around in hundreds. Hyenas kept circling menacingly around the herds of antelopes. Perhaps they made their kills in the night.

We went for long walks around the Masai bomas near park land. Weather was perfect. We tried to steer clear of the beaten safari truck tracks and came across our old friends- the Zebra, Eland and Wildebeests. It was peaceful solitude and the beasts kept their silence. Leaving the tourist friendly southern plains near Keekorok lodge and the privately managed Mara triangle, we drove north-west. The dirt road was devoid of traffic. We instructed our guide to switch the radio off as we were not looking to spot one of the ‘big five’. We were content with what wild game we came across be it a wart hog or a Jackal. It drizzled a few minutes now and again. Cotton candy like clouds dotted the blue sky when sun reappeared. Golden grass, over a meter high, swayed and the twigs of lone trees crackled in gentle breeze.

We came across a pair of lionesses perched on a rock surveying the horizon for a prey. Noticing our presence, the majestic ladies at the prime of their youth, stood up and walked. They refused to give us way for over a mile. The silence that pervaded us was stealthy and we stood awestruck. Cheetahs are solitary animals and are often difficult to spot. Our guide said that we were lucky. There were five of them, a rare occurrence. The five cheetah brothers are gradually gaining notoriety over their recent exploits. They were resting near a thicket not far from the road, perhaps after a fulsome meal. They laid there unperturbed, posing for our photos.

Covid restrictions ensured that Park had only a handful of tourists. While it hurt the industry and people hard, we were in for a once in a life time experience far from the ways of the city. Covid will soon be over and the industry will be back on its feet. There is optimism in east Africa with a new Woman Premier at helm of affairs, the regional heavyweight Tanzania is ushering in a spate of reforms. Kenya is set for an election next year. Perhaps a new generation will take over the reins and will bring in sustainable development in the beautiful grasslands. Let’s hope for the majestic beasts to thrive and cohabit with these vibrant men with eternal optimism.