The entertainment calendar for 2022 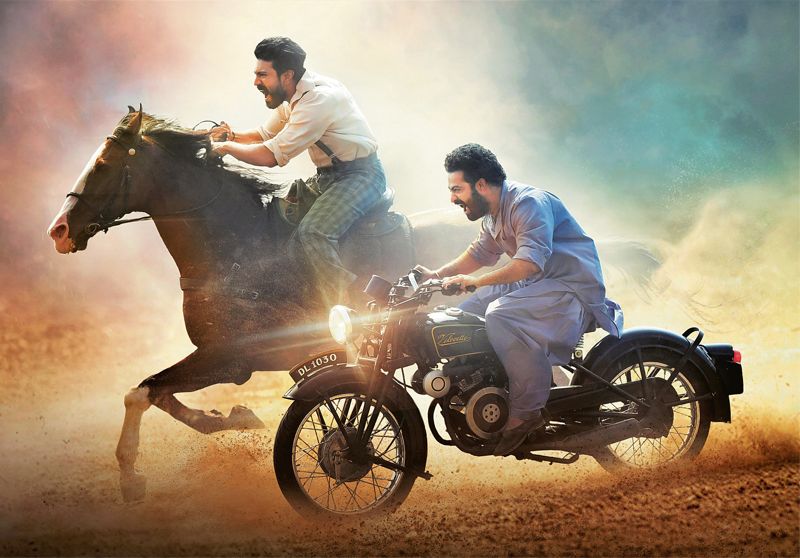 IT seemed like the perfect adieu to 2021. ‘Sooryavanshi’ was a bona fide hit. The collections of ‘Spider-Man: No Way Home’, too, wove a heartening monetary web. Sports drama ‘83’ opened to glowing reviews. However, just before the entertainment industry could say hurrah, Omicron cast its ominous shadow. Collections of ‘83’ suffered, the makers of Shahid Kapoor-starrer ‘Jersey’, too, decided to give the anointed release date a miss.

Reeling under the Covid impact for the last two years, what does the entertainment landscape of 2022 hold? On the surface, mega-budget films like ‘RRR’, ‘Brahmastra’, ‘Laal Singh Chaddha’ and ‘Prithviraj’, with the potential of becoming surefire blockbusters, are on the anvil. The industry’s mood, surprisingly, appears upbeat. Though Kabir Khan is slightly anxious with cinema halls’ closure in certain territories, he feels the entertainment industry is only going to grow. Producers like Rahul Mittra, too, are optimistic. The ‘Torbaaz’-maker is drawing solace from the fact that while theatrical releases may have come to a near halt, content consumption has only increased across multiple platforms.

His views are endorsed by Vikram Malhotra, CEO of Abundantia Entertainment. The house that gave us films like ‘Sherni’ and ‘Chhorii’ is now ready with Akshay Kumar-starrer ‘Ram Setu’, while season 3 of ‘Breathe’ is under production. Not putting all his eggs in one basket, he is pinning hopes on theatrical release of ‘Ram Setu’ as well as a web series, ‘Hush Hush’.

Cinema or web shows, the biggest factor in 2022 will be good writing or writers. Both Mittra and Malhotra are banking heavily on writers. Mittra has already bought the rights of a bestseller for a major web series. Malhotra shares how the last 18 months have been spent in developing concepts and nurturing young writers. What trends are likely to be seen in 2022 can’t be predicted, yet according to Amit Masurkar, director of ‘Sherni’, “India is too diverse a market for any one kind of film or series to work. But thanks to the proliferation of OTT platforms, the possibility of a diverse range of films to reach audiences has increased manifold.”

OTT platforms mean business is evident not only from the bouquet of their offerings, but also their ever-evolving business models. ‘Looop Lapeta’, ‘Plan A Plan B’, ‘Monica O My Darling’, ‘Finding Anamika’ and ‘Jaadugar’ are just some of the film titles that Netflix has announced in its long list. Besides, to garner more viewers, recently it has also cut down its subscription fees. This year could also see the arrival of HBO Max, Warner Media’s video-streaming platform. Would that translate into stiffer competition for smaller players? If SonyLIV remains relevant with riveting series like ‘Tabbar’ and a successful ‘Maharani’, Disney+ Hotstar, with winners like ‘Aarya’ and a long list of films, led the app race with 57 million downloads in 2021.

The future lies in great content coupled with great pricing, says Malhotra. Though there is no formula to decide what goes where (theatre or OTT), producer-writer Amrit Pal Singh Bindra feels, “In times to come, the demarcation line would be clearer.” It’s no rocket science to know that an Akshay Kumar-starrer like ‘Ram Setu’ is more suited for theatre and the ‘Chhorii’ sequel is likely to work better on OTT. Bindra, however, is clear that OTT can no longer be a dumping ground or substitute. He opines, “Makers will have to realise this new reality as the competition is only getting stiffer fast on OTT.”

With global series emerging as a major contender even in India, makers have to factor in this new variable too. Can global competition translate into copycat version of say a ‘Squid Game’? Even though an Indian adaptation of Spanish series ‘Money Heist’ titled ‘Three Monkeys’ is in the making, one wonders if the film can pass muster among the discerning Indian audience of this phenomenal series. Says Malhotra, “We have to tell Indian stories uniquely but which work at the global level.” His assertion is not an empty rhetoric but corroborated by factual data. According to Gadgets 360, most OTT platforms are now developing original content in Indian languages. Disney+Hotstar and SonyLIV have already increased their India-focussed content output.

While crime has remained a favourite genre for most makers and thrillers will remain the number one attraction, the future belongs to a healthy mélange. Mittra assures that his two upcoming web series will be markedly different from each other. Yet, stars will always remain relevant, as will franchises and sequels. The year is likely to see the ensuing seasons of ‘Maharani’, ‘Scam’, ‘Delhi Crime’, ‘Undekhi’, ‘Masaba Masaba’, ‘She’, ‘Gullak’ and many more. Bindra, who bucked the trend with a delightful musical ‘Bandish Bandits’, is ready with the second season of this hit series . He believes this year there could be some break-out series that could once again surprise us. Yet, he would rather wait and watch than make sweeping statements as to what will click in these uncertain times. His future projects are a mixed bag, ranging from crime thriller to comedy. As they are eyeing for some theatrical releases too, for Bindra the difference between the content for OTT and cinemas does not lie in budgets or even stars. He professes, “The dividing line is whether the content is suited for community experience or individual viewing.” But in future, he is sure that the model would be of coexistence, of new equilibrium and exciting dynamics.

New rules will continue to be made and remade in this galaxy. Expect a more nuanced and creative approach. If that’s not good news, SS Rajamouli’s magnum opus ‘RRR’, as and when it is released, is expected to mint Rs100 crore in three days. And that sure is music to ears. Cheers to good times, on the big screen and small.

TV is still on

WHILE the growing tribe of OTT lovers may be under the delusion that television is a dying format, the truth is otherwise. New shows are being announced with usual regularity. Zee is launching the first-of-its-kind devotional singing reality show ‘Swarna Swar Bharat’, Colors has ‘Fanaa — Ishq Mein Marjawaan’ and ‘Hunarbaaz — Desh Ki Shaan’ in the offing. Long-running shows like ‘Anupamaa’, ‘Yeh Rishta Kya Kehlata Hai’ continue with their successful run. No wonder, the producer of popular TV shows like ‘Bhabiji Ghar Par Hai’ and ‘Happu Ki Ultan Paltan’, Binaiferr Kohli does not anticipate any dramatic audience shift. Nilanjana Purkayasstha, producer of TV shows like ‘Chikoo Ki Mummy Durr Kei’ and ‘Dhadkan Zindaggi Kii’, believes, “Each channel has carved out its own identity and will continue to give us shows that are true to its DNA.” Sure, the OTT content is spurring them to innovate. But noted producer Rajan Sahi reminds us that his big shows like ‘Anupamaa’ and ‘Yeh Rishta...’ are extremely popular on digital platform Hotstar too. Happy with the connect that the Indian serials have with the diaspora overseas, he is, however, not sitting smug. Rather, he fully understands the “need to re-adapt to the changing expectations of audience, especially if we have to factor in the young audience.”

IN times when the Hindi film industry was struggling, Pollywood came up with hits like ‘Honsla Rakh’, ‘Qismat 2’ and ‘Chal Mera Putt 2’. Director Mandeep Chahal feels the future remains vibrant. With three new projects — a Punjabi web series for new streaming platform Flock, a pan-Indian Punjabi film ‘Nidarr’ to be dubbed in Telugu, Hindi and Bengali, he says, “Punjabi cinema will always capture the quintessential Punjabi spirit, but it can no longer remain a string of jokes.” With both the audiences and the makers being exposed to the best global content, he can sense a churning, an alchemy of emotions with comedy. He foresees a calendar with greater success ratio, better quality but not sans its poster boys — Diljit Dosanjh, Gippy Grewal and Ammy Virk. Grewal will be seen in ‘Yaar Mera Titliyan Warga’, ‘Maa’, Snowman’ and ‘Warning 2’. Virk’s upcoming projects include ‘Sher Bagga’, ‘De De Geda’ and ‘Baajre Da Sitta’. Dosanjh has ‘Shikra’ and ‘Jodi’. On the digital front, despite web series like ‘Wardaat’ and ‘Please Kill Me’ creating a buzz on OTT platform Chaupal, “the digital content has a long distance to cover,” says Chahal.