The EV owners: A green experience

From highs like pollution-free driving, low-cost maintenance, negligible servicing charges to some lows like gaps in charging infrastructure, EV owners share their journey to going green 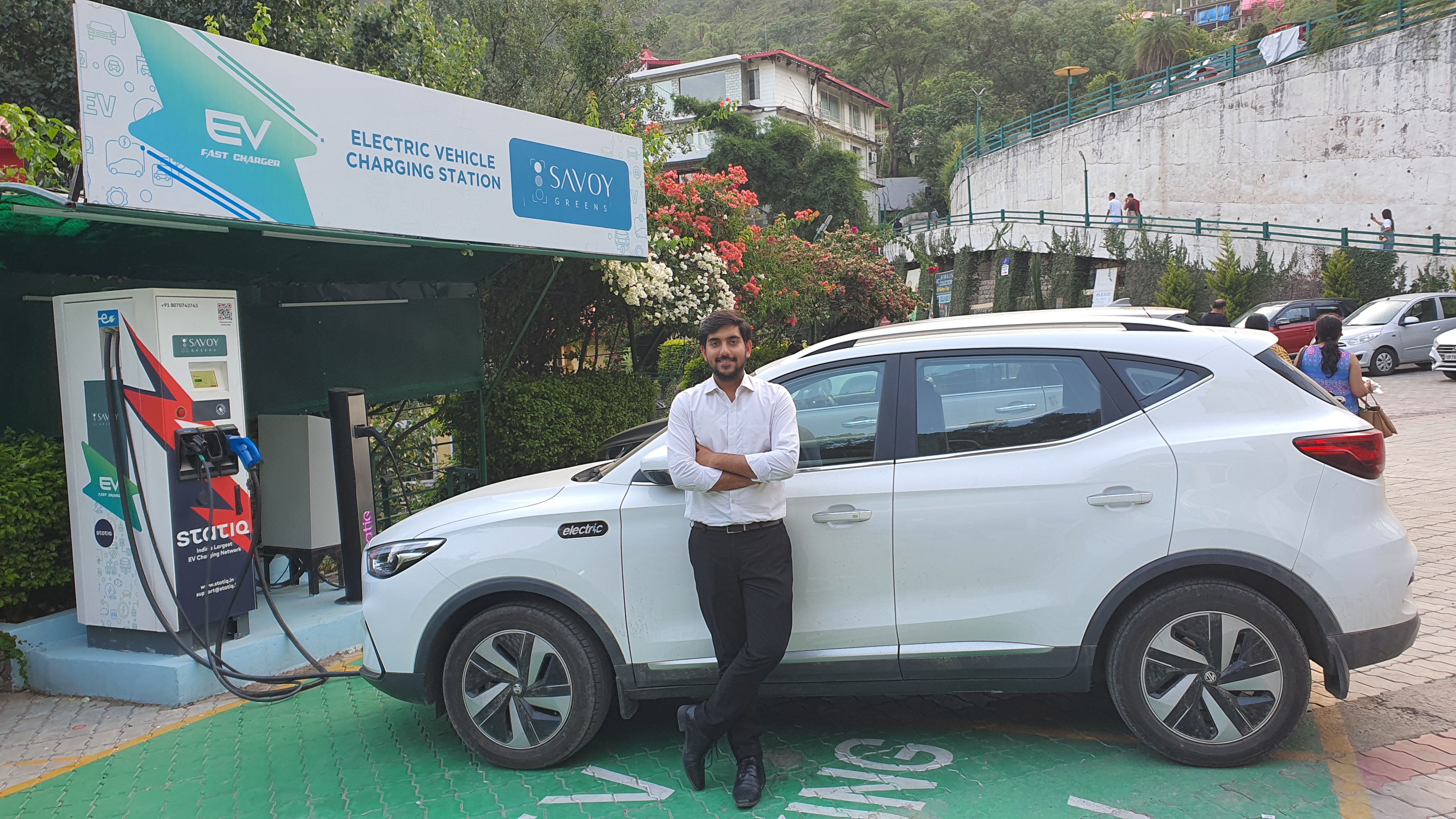 Rajat Awasthi, lawyer, takes a break as he charges his car at Jabli

When he purchased a Tata Nexon EV for Rs 15 lakh in June 2020, 55-year-old agriculturalist Manjit Singh Dhanoa was among the first few in Chandigarh who ventured out to buy an Electric Vehicle (EV). Last month, he purchased his second green car. On what made him invest in a technology that was still at a nascent stage, Dhanoa says, “We can no longer ignore climate change and the need to go green. The rising fuel prices were a major consideration when I bought these cars.”

Both he and his wife drive green cars now. “I have a farm in New Chandigarh, and each day, I travel 80-90 km, besides trips to our relatives in Ludhiana and Amritsar. I bought this car for Rs 15 lakh. In the past two years. I would have driven 60,000 km. For this, I would have spent at least Rs 5.5 lakh on a petrol or diesel vehicle while the green vehicle has left my pocket lighter by barely a few thousands. So when the new model of this car came, which took care of earlier issues like less range and hill assist, I rushed to buy my second green car, Tata Nexon EV Max priced at around Rs 19 lakh,” says Dhanoa.

For Gurugram-based doctor couple, Dr Sapna Sharma (40), a radiologist, and her urologist husband Dr Sumit Sharma (44), going in for an electric car a year-and-half back was a practical solution to the problem of massive commuting that the family, including their two daughters aged five and nine, undertook each day to Delhi.

“We purchased our MG ZS EV at a cost of Rs 22 lakh mainly for city drive. Our driver drops and picks us all from our respective hospitals and schools. The nearly 100 km of commute each day now comes at a negligible cost, and we don’t have to worry about the rising costs of petrol and diesel. We take out our Innova car only for long-distance travelling. The only issue we face is that our housing society doesn’t yet have a fast charging facility. There is, however, provision for EV charging in a nearby society where my parents live. So we park and charge the car there. Hopefully, our society will get its own EV charging station soon,” says Dr Sapna.

It was the sporty appeal of the interiors of his green car that bowled over Nalagarh-based lawyer Rajat Awasthi (28). He bought an MG ZS EV last month at a cost of Rs 27.1 lakh. Awasthi, who is practising in the Himachal Pradesh High Court, says the many positives of the car, including no noise and air pollution, are making road trips even more delightful.

On the fears regarding the battery range and hill drive of electric cars, he says, “I drive from Nalagarh to Shimla and back everyday on a single charge. I have driven 4,500 km so far and haven’t faced any issue regarding this. Interestingly on a downhill drive, the regenerative braking helps recharge battery.”

The only problem, says Awasthi, is that “there are very few fast charging DC stations in Himachal. There is one at Jabli and another at Solan, and the lack of charging stations is an issue in the hill state”.

Entrepreneur and photographer Sunny Sheoran (33), a resident of Mohali, shares a similar concern about the lack of charging infrastructure. “In the absence of fast-charging stations, which take about 20-60 minutes for full charge, one has to rely on charging plug points at roadside eating outlets which can take many hours. I have to be very careful when planning long road trips beyond the car range. Even the busy Chandigarh-Delhi highway has only six fast charging stations,” says Sunny.

With a work profile that requires frequent travelling to Delhi, Jaipur, Mashobara, Manali, and other such places, says Sunny, the only thing on his mind when buying a Tata Nexon EV worth Rs 16.8 lakh in October last year was reducing his fuel expenditure. “My average fuel spending has been around Rs 15,000 per month. With my EV, the fuel expenditure has gone down drastically. The average running cost of my electric car is around Rs 1 per km. In the past eight months, I have driven 38,000 km, so imagine the savings per km,” says Sunny adding that “the service cost is negligible since it doesn’t require engine oil and filter replacement. The total cost I have incurred on the car so far has been around Rs 4,000, which includes wheel balancing, alignment and AC filters,” he adds.

Anmol Gupta (29), who bought a Hyundai Kona Premium EV worth Rs 23.7 lakh, says it’s not just about savings but also a good way to reduce one’s carbon footprint and cut back on greenhouse gas emissions. “We booked the electric car even before its official launch. EV is the technology of future and those who can afford it must do their bit to make the environment greener and healthier,” says the Chandigarh-based businessman, adding that the cost per km comes out to be less than Rs 1, while even the running cost of small cars with ICE (internal combustion engine) is more than Rs 5 per km.

Its negligible maintenance cost was the factor that inspired Chandigarh’s Suresh Rajdev (65), who retired from IFFCO, a multi-state cooperative society, to buy Tata’s Nexon EV last month. Says Rajdev, “The high charges we have to pay when using public charging infrastructure is a deterrant. Most public charging stations cost anywhere between Rs 18 and Rs 22 per unit, including GST. Also, each company charging station has its own app, which needs to be installed on the phone and money needs to be put in the digital wallet. For a senior citizen like me, who is not very tech-savvy, this is a tough ask. There should be a universal app for all charging stations.”

Narrating an interesting incident, Awasthi says, “I was driving back home from Ludhiana when near Ropar I realised that my car charge had come down to 5%. I searched for nearby EV charging stations on Google but couldn’t find any. Not wanting to take any risk, I stopped my EV at a petrol station and plugged my portable charger to a power plug there when the staff told me that there was a fast charging station at a nearby dhabha. To my surprise, I found a DC charging station at the dhabha barely 100 m from there. I had my tea break while my car battery got charged. The dhabhawala saved my day!”