The hole story of Chandigarh

A combination of solids and voids gave Sector 22, the oldest Chandigarh neighbourhood, a unique architectural element — the jaalis. Attractive facades and street pictures emerged and these ‘gems’ took the entire region by storm, giving rise to the Chandigarh style of architecture 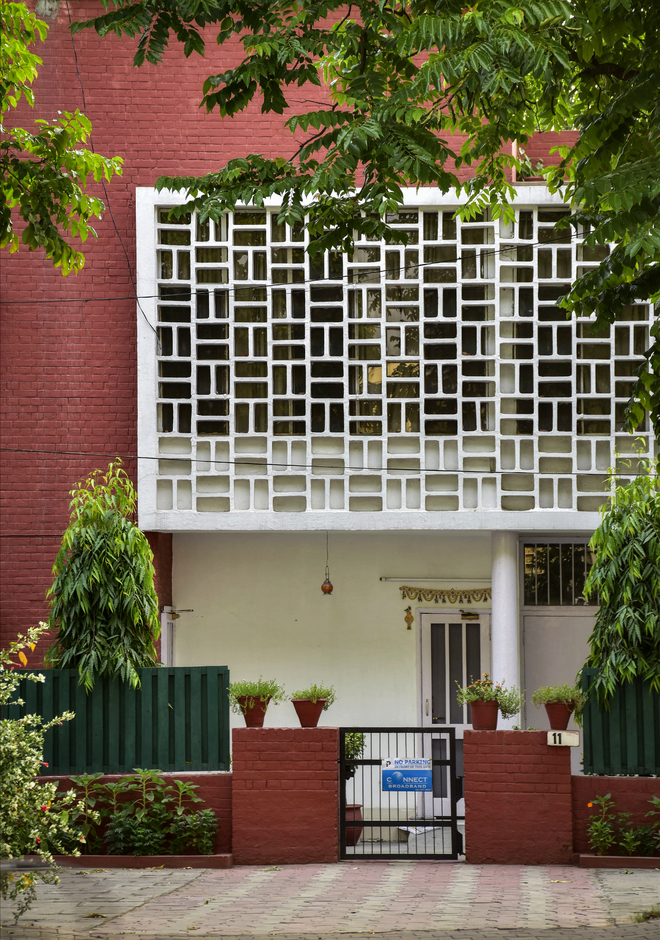 Chandigarh’s Sector 22 still boasts of some combinations of the now more or less lost jaalis. Photos by the writer

It was the golden hour of a beautiful summer day when daylight is magical. Everything was washed in the warm glow of the rising sun in the bylanes of Sector 22. We were on a treasure hunt for the lost jaalis in the oldest neighbourhood of Chandigarh. Sector 22, the first sector to be built when Chandigarh was planned, had provided the founding architects of the city an empty slate to experiment. Jane Drew and Maxwell Fry, the British couple who was a part of this team, had a tall order to complete. Resources were limited, climate was fierce and time was short. Around 20,000 refugees, who were living in tents following the Partition, were to be settled urgently in new affordable housing. The cheapest house had a budget of Rs800 per unit. In spite of the budget constraint, great attention was given to design as Chandigarh was the first modern city in India. Each house was to have a supply of potable water, toilets, waterborne sewerage system and electricity. The success of the dream city had rested on this model sector. In fact, prior to the construction of Corbusier's Capitol Complex, Sector 22 was known as Chandigarh.