The lost story of Made in Amritsar

It might be the undisputed food capital of North India today, but once upon a time, Holy City was a major textile trading centre 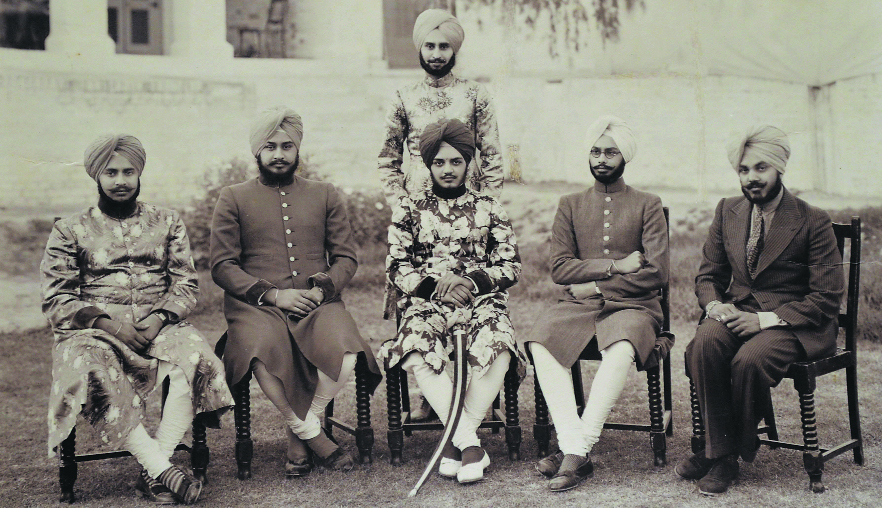 High fashion: In the 1940s, Punjabi men and women wore a variety of imported material, the kind that was traded at Amritsar. From here, the fabrics made inroads into other towns of Punjab.

Around 200 years ago, as Maharaja Ranjit Singh, aided by his legendary French generals, was consolidating his kingdom, the latter were introducing Europe to rich North Indian textiles. At the heart of this trade was Amritsar, the undisputed food capital of North India today, but a major centre for textiles in the distant past.

Amritsar, for many centuries, has in one way or the other been associated with textiles, either as a producer or as a trading centre. In fact, it became a centre of production of shawls and was at the forefront of exporting them to Europe during Ranjit Singh’s rule.

Kashmir became a part of the Sikh kingdom in 1819 after Ranjit Singh invaded it. Shortly afterwards, in 1822, Ranjit Singh hired men from Napoleon’s army — Jean-Francois Allard and Jean-Batiste Ventura — as his generals. By 1835, these generals were exporting shawls to Europe, and Amritsar had become the centre of the Kashmiri shawl trade.

Weavers and dyers from Kashmir settled in the plains and hills of Punjab during this period. One of the factors that pushed them to do so was famine. As a result, Kashmiri colonies were established in places like Amritsar and Ludhiana in present-day Punjab and Nurpur and Tiloknath in what is now Kangra in Himachal Pradesh.

Shawls made in Amritsar — jamavar or kani and amli — were of high quality. Writing in 1872, Baden Powell mentions that shawls from Amritsar were close in quality to Kashmiri shawls. The striped shawls were called jamavar or kitraz, and were popular in Iran and Turkey. These were made by the complicated kani technique. As these were used to make jamas, the word jamavar was also used for them. The amli shawls, on the other hand, were embroidered Kashmiri shawls.

Weaving of kani shawls in the early 19th-century Kashmir was a slow and laborious process. A single shawl could take up to 18 months or more. Owing to their high demand, a method was devised to weave the shawl in pieces on two or more looms. This way, the shawl was made in much less time. These pieces were then handed over to the rafugar or darner. He would join them with such precision that it was hard to tell. William Moorcroft, an English explorer, mentioned this in his writing in 1821 and called it a recent innovation. He undertook a detailed study of the shawl industry between 1820 and 1823, and wrote an account that has been preserved at the India Office Library, now part of the British Library, London.

Early 19th century saw the beginning of the amli or embroidered shawls. These were introduced in Kashmir at the instigation of Khwaja Yusaf, an Armenian, who came to Kashmir in 1803 as an agent of the Constantinople Trading Company. He saw a chance to produce the embroidered shawls in a much shorter time than kani or jamavar. Since these shawls didn’t fall into the category of woven shawls, he was also able to escape the duties levied on kani shawls. His company thus made huge profits and ushered in embroidered shawls. This also pushed the demand for plain pashmina shawls which were then used as a base for amli shawls.

By the third quarter of the 19th century, the important centres of weaving plain pashmina were not only in Kashmir but also in Ludhiana and Amritsar, the holy city being a formidable manufacturer. At an art exhibition held in Lahore in 1864, shawls — pashmina, amli, and kani or jamavar — from Kashmir, Amritsar and Delhi were exhibited.

With time, the shawl industry declined and the carpet industry came up to fill the gap. Trade in carpets rose partly on the ruins of the pashmina shawl trade. By 1911, Amritsar was exporting carpets worth Rs5 lakh; it picked up a steady pace after the Great Depression. Among other things made in Amritsar were different styles of embroideries. Powell, in 1872, writes about Lahore and Amritsar as the centres for gold embroidery or salma work. Amritsar was also producing some of the finest phulkaris, some of which were even exported to America.

During the British Raj, the most important item of import were piece goods, and Amritsar was trading in silk and woollen cloth. Silk trade centre was located at Batti Hattan. It was later shifted to Katra Ahluwalia, which, in turn, became the centre of trading in piece goods. Sant Ram Reshamwala was one of the importers of silk from Europe.

The fabric imported in early 20th century did not just include pure silk, but also artificial silk from Japan, Italy and France. It was cheaper and came in attractive colours. In the 1930s, majority of silk was imported from Japan, so much so that many firms from Amritsar opened offices in Japan. From Europe, cottons with European motifs like roses were imported.

From Amritsar, the fabrics made inroads into other parts of Punjab. They became popular with women, who used them to make suits and dupattas. The designs, patterns and textures were different from what was available locally. Women here knew them by various names like Lady Minton (probably Lady Hamilton), Malaysia, Dil-ki-pyaas, Aap-ka-nasha, Do-ghorae-di-boski (probably from China), Shangai (probably from Shanghai). The most famous among these was the Do-ghorae-di-boski or double horse boski from China. The brand still sells on alibaba.com.

In Punjab, another interesting fabric that came from abroad and became very popular among women was the one used for making parachutes. Known as ‘parachute cloth’, it was not sold as continuous yardage, but in pieces. The stitched parachute would probably be opened up and sold in triangular pieces or chattrian (umbrellas) about 6-7 feet wide and 10 feet long.

These were probably the surplus parachutes that were allowed to be sold after World War II got over in 1945. In the initial years of the war, the material used for making parachutes was silk. After America joined the war by the end of 1941, the Allies used parachutes made of nylon as they were unable to import silk from Japan.

In Britain, there are many stories of women making their wedding dresses, blouses, petticoats with the RAF parachute material. These were white, lime green and sometimes orange in colour. It was, however, not an easy material to get as it was illegal to obtain it while the war was on. Even the used parachute had to be turned in to the authorities for investigation. Women in England used any material available to them during the war for their wedding dresses, whether it was parachute silk or blackout material, which had been duly bleached.

Many of the fashion fabrics that were used by women in Punjab before India got Independence were used as a base for doing salma or gota work. Velvet, another popular fabric, was used not only for garments but also for palangposh (bedcover) or other household articles like cushions. All the fabrics sold during the British Raj were available at shops in big cities. And Amritsar, being a trading centre, played an important part in the textile trade and in distributing it to other parts of Punjab.

Terrorists hurl a grenade on an Army convoy near Sumbal bus ...