The relevance of aircraft carriers for india : The Tribune India

The relevance of aircraft carriers for india 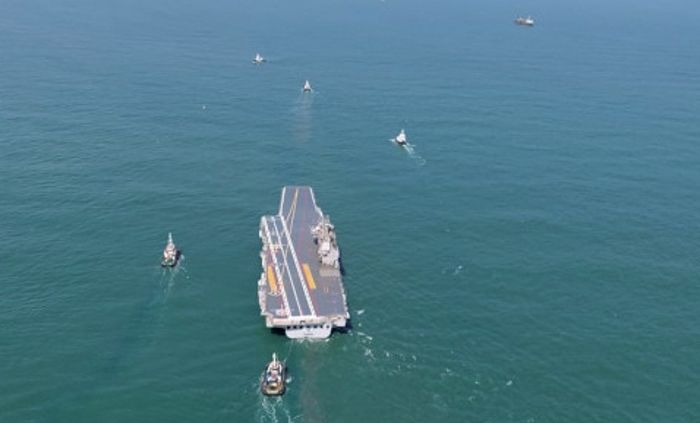 It is excellent that the relevance of aircraft carriers as instruments of force projection for India is being debated at the Chandigarh Military Literature Festival this week. Aircraft carriers are in the news this year due to the commissioning of India's first indigenous aircraft carrier, INS Vikrant, on September 2, 2022 - an event which is synonymous with both the evolution of India's maritime power and our warship-building prowess. The audacious dream of constructing an indigenous aircraft carrier is also one of the boldest steps in India's dream of Atmanirbhar Bharat. The re-birth of a warship forever associated with India's glorious victory in the 1971 war, leading to the birth of an independent country - Bangladesh, along with the happy coincidence that it happened in the 75th year of our independence and the Golden Jubilee of our victory in the 1971 War, being celebrated across India as the 'Azadi ka Amrit Mahotsav' and the 'Swarnim Vijay Varsh', makes it even more momentous.

1 Many Indians would be surprised to learn that the first Plan Paper made for the Indian Navy in 1948 included the need for three aircraft carriers to enable it to exercise sea control in the Indian Ocean. It was, therefore, not surprising that India joined the elite group of countries, that operate aircraft carriers, very early after its independence when Vikrant was commissioned into the Indian Navy in 1961. Unfortunately for the Navy, conflicts from 1962 onwards on India's land borders focused attention and funds away from the seas, and even the Indian Navy's hour of triumph in the 1971 war only brought it back for a short interregnum. Consequently, despite the Indian Navy being the major resident maritime force in the Indian Ocean Region (IOR) and playing a stellar role in ensure stability and freedom of navigation on its waters, a three aircraft carrier navy has remained a distant, and some would say, an unaffordable dream.

2However, a resurgent China should awaken us from our slumber. After its economic liberalisation commenced in 1978, China realised early on, that without maritime power, it could never achieve its dream of becoming a global power. It consequently focussed its attention on building its navy and today has the world's largest number of blue water combatants - surpassing even the US Navy. It has two aircraft carriers in commission, with a third, much larger carrier, due to be commissioned in 2024. Three more are in the planning stages. For a navy that landed its first helicopter on board a ship only in 1980, something that the Indian Navy has been doing routinely since the late 1950s, its revolutionary transition over the past three decades is indicative of its likely capability in the coming decades.

3More worrying for us is the fact that China's maritime strategy aims at sea control of a vast ocean area, termed by them as the 'Two-Oceans Area', comprising mainly the Pacific Ocean, Indian Ocean, as well as the littoral regions of neighbouring Asia, Africa, Oceania, North America, South America and Antarctica, spanning 50 percent of the globe and 71 percent of the global ocean area. Chinese strategists deem this region important for China's future security interests and strategic development, especially ‘resource extraction', 'space utilisation of the oceans', and 'development in the two polar regions' (to use their terms). If this strategy is combined with the Belt and Road Initiative (BRI), especially its maritime leg, the Maritime Silk Road (MSR), it is evident that the first priority of China's maritime expansion in the Two-Oceans Area is towards the Indian Ocean. This will require sea control capability and the principal instruments for exercising this sea control will be their carrier task forces (CTF), which could be resident in our waters by the end of this decade. It does not require great imagination to realise that a Chinese CTF in the blue waters will need an Indian CTF of equivalent strength to deter in peace time and counter in times of conflict.

4Despite technological advancements in surveillance and targeting of anti-ship weapons (cited by naysayers to aircraft carriers), aircraft carriers remain the most potent weapon platforms of maritime power projection, power and deterrence. Proof, if any was required, is available from the Chinese aircraft carrier programme! The successful commissioning of Vikrant offers us an opportunity to close the capability gap with the Chinese Navy, which is growing by the day. It is, therefore, necessary that with the foundation so available, India's dream of having a three-carrier navy finally moves towards fruition. It would indeed be a criminal waste of national resources, if the valuable infrastructure, human expertise and indigenous eco-system, built up through extensive investment and effort over the past two decades, is allowed to wither away.