The spray that keeps apple diseases away

Among the fruits grown in Himachal Pradesh, apple is apparently the most susceptible to diseases. Fungal diseases like scab, blight and powdery mildew are more dangerous for the apple crop than bacterial and viral attacks. Growers can largely keep their plants & fruits safe by following the spray schedule finalised by the Department of Horticulture, besides adopting good farm practices. The growers are also encouraged to integrate bio-control methods with chemical sprays. 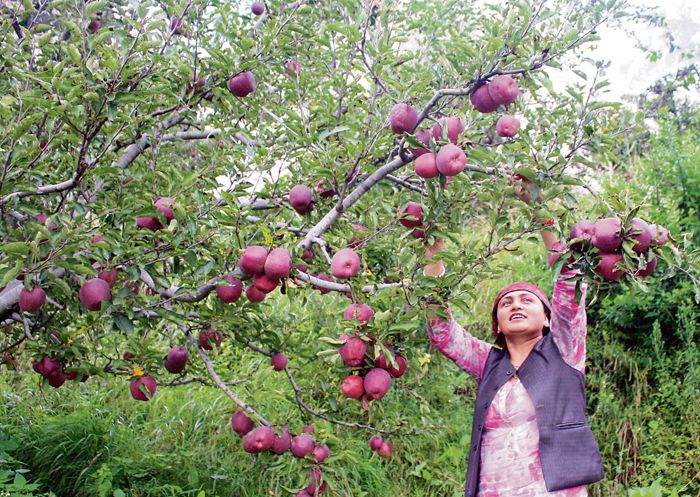 Apple is the mainstay of Himachal Pradesh’s horticultural economy. Even as efforts are afoot to diversify the fruit basket, apple still accounts for over 80 per cent of the total fruit production. Of the 7.53 lakh metric tonnes (MT) of fruit produced in the state last year, apple’s share was 6.11 lakh MT. Pear (19,500 MT) and plum (14,000 MT) are the other major temperate fruits grown in HP. Among sub-tropical fruits, mango (39,000 MT) is the most widely grown fruit, followed by citrus fruits like orange (17,000 MT) and malta.

Among all fruits grown in the state, apple seems to be the most susceptible to diseases. “Various diseases afflict apple. These can be classified as fungal, bacterial and viral,” says Kirti Sinha, Senior Plant Protection Officer, Department of Horticulture. “Considering that apple is the main commercial fruit, there’s always a sharp focus on the diseases afflicting it and the ways to control it. Maybe that’s the reason why so many diseases affecting apple have been identified,” he says. Fungal diseases like scab, premature leaf-fall, blight, powdery mildew, etc, are more dangerous for the apple crop than bacterial and viral diseases. In recent years, scab was reported after over three decades from some orchards, mainly from those at high altitudes. “This year, there has been no report of the disease so far. By following the department’s spray schedule and using good farm practices, the apple growers can keep their plants and fruits safe,” says Sinha.

Dr YS Parmar University of Horticulture and Forestry, Nauni, and the Department of Horticulture hold a meeting after the harvest season to prepare the spray schedule for the next season. Some representatives of the growers are invited to the meeting for their feedback. The schedule thus prepared offers a comprehensive list of pesticides and their alternatives to control and curb the diseases that could crop up at various stages in the development of the fruit. “There’s a comprehensive process for including any new pesticide in the spray schedule. The university does multi-location trials of the new product for two years to check various aspects like efficacy, safety, etc. The product is added to the schedule only after the university clears it,” he adds. Besides apple, the department issues a spray schedule for stone fruits and mangoes as well.

Overall, the apple growers seem happy with the spray schedule. “The university offers a good spray schedule. If it is followed properly, along with good farm practices like allowing sunlight into the orchard and good aeration, growers are unlikely to face much problems,” says Lokinder Bisht, an orchardist from Rohru. A few growers, however, are not satisfied with the efficacy of some pesticides. “The pesticides are so expensive, yet many a time we do not get the desired results. For instance, mite is being reported from many orchards these days in our area. Growers are following the spray schedule but to no avail,” says Satpal Chauhan, a resident of Ratnari. “We don’t know whether the chemicals have become less effective or spurious stuff has entered the market. There should be labs where these chemicals can be tested,” says Chauhan. 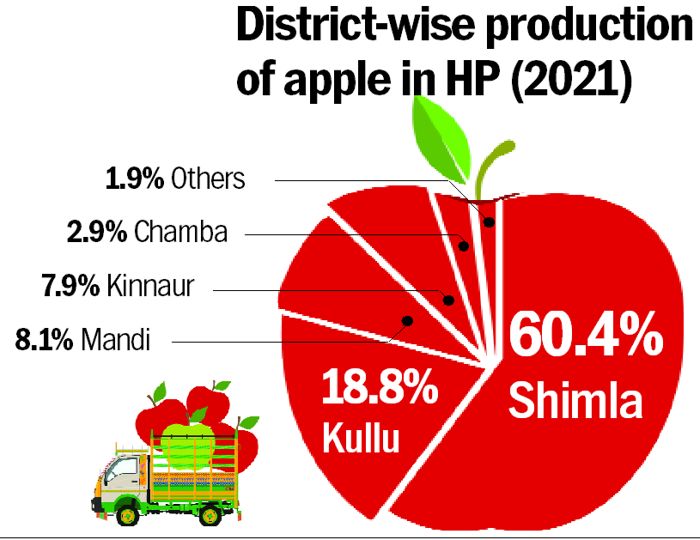 Apart from the existing diseases, apple and other fruits can get afflicted by new ones from the imported planting material. The planting material has to be kept at Post Entry Quarantine (PEQ) sites for one year to ensure that no foreign pests or virus enter the country with the plant. “If not checked, the disease could spread in an epidemic form and pose a threat to the apple industry. That’s why the planting material is kept at PEQ sites,” says Sinha. Unfortunately, many private importers flout the mandatory one-year PEQ norm, leaving the door ajar for new diseases to attack the plants.

“In 2018, planting material was imported from Italy and a virus that was not present in the country was detected in those plants. Thankfully, the virus was detected when the plants were at PEQ sites. The private importers not adhering to the PEQ norms are posing a massive threat to the whole industry,” says a grower on the condition of anonymity. In recent times, the department has taken action against such offenders and has even cancelled the licence of some importers. Nevertheless, the risk remains.

The Department of Horticulture is also encouraging apple growers to integrate bio-control methods with chemical sprays to control diseases. “We develop friendly pests and bacteria in the lab and give them to the farmers. It helps in checking certain diseases,” says Sinha. Many growers are shifting, wholly or partially, to natural farming, using natural products to control diseases in their orchards. “We have our own spray schedule of natural products like butter milk, turmeric etc. Buttermilk is effective both as a fungicide and an insecticide. Till now, there are no signs of diseases such as mite and premature leaf fall in my orchard,” says Manoj Sharma, an orchardist from Chopal in Shimla district. “Besides helping us control diseases, natural farming gives a better colour, a longer shelf life, better taste and higher nutrition to the fruit,” says Sharma. 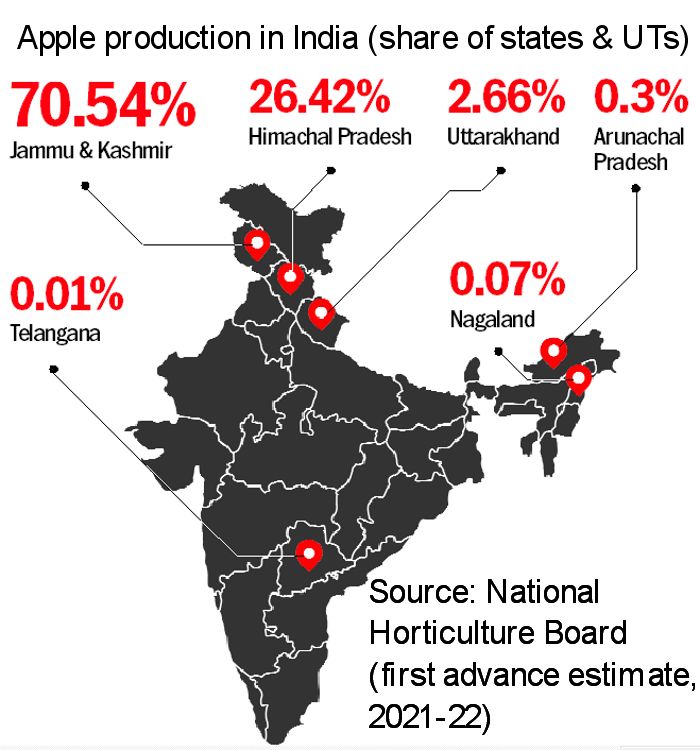