The sweet warmth of winter 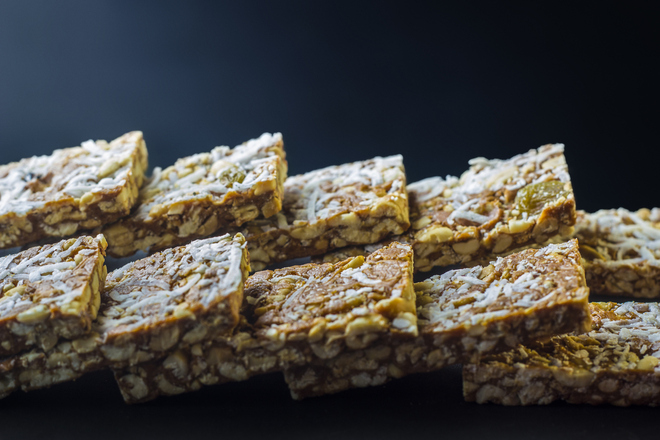 Makar Sankranti and Lohri mark the end of the winter chill. But, for some reason, it also marks the occasion to indulge in sweetmeats that are traditionally believed to fortify our body for the rigours of winter. Corns are popped over bonfire and rewari and gajjak are enjoyed as the embers glow and flames leap. Gajjak season, hence, continues till long after these festivals. Historians believe that the custom dates back to millennia before the birth of Christ and have found references to a concoction like this in the Vedic texts.

Each one of us has a favourite gajjak and the term has now come to cover a wide range of rustic rural sweets — gur patti, singdana chikki, and assorted rewari. My father, who went to a medical school in Lucknow, was partial to the rose-scented rewari and flaky gajjak made in that city. Though my mother too found the stuff fit enough for effete nabobs, she put her money on gajjaks from sleepy towns in the Hindi heartland.

A time long ago, Meerut was famous for three things: Meerut College, Madan Kainchiwale and gajjak from Begum Pul. The college had an enviable reputation, but its aura affected only a small circle of scholars. It was the sharp scissors and the seasonal sweet that was cherished by all.

With time, we realised that there were other producers of gajjak that challenged Meerut’s claim as the gajjak heaven. Bhind-Morena — the badlands of Uttar Pradesh criss-crossed by ravines and home to dacoits — is known for the most delicate yet unpretentious gajjak, crisp and crumbly. Agra, close by, boasts of shahi fare in Tajganj that traces its lineage to the days of the Mughal empire. However, generations of careless catering to tourists has led to a decline in the quality.

In Bihar and Jharkhand, gajjak takes the form of tilkut. The shape is different, but the process is the same. Sesame seeds are beaten painstakingly in jaggery, pulled and folded back till the ingredients are homogenised.

A well-made gajjak requires no frills, just a few cardamom seeds, if at all. However, these days you encounter gajjak smothered with raisins, slices of coconuts, slivers of pistachio and what not. Some are advertised as “mewewali gajjak, khalis deshi ghee mein bani”. Come to think of it, even the reference to ghee appears a bit ostentatious. It was the sesame seeds that were supposed to yield oil to flavour and enrich the gajjak.

Now, try taking on the gajjak challenge at home only if you are a glutton for punishment though. Professionals take 15-16 hours of backbreaking labour to produce 7-8 kilos of the stuff. We suggest that you try your hand at Bombay mewa chikki inspired by the Sindhi Majoon that was once fed to this visiting bridegroom.

Line a flat tray well with ghee. Heat a little ghee in a pan and add sugar on low heat, stirring constantly with a flat wooden spatula. As the sugar melts, add the nuts and the raisins along with rose petals and peppercorns. When it begins to caramelise, pour it at once onto the ghee-lined tray. You have to be very alert at this stage as the sugar turns solid and sets very fast. Level with a spatula and let it cool. Cut into thin, diamond-shaped chikkis later.