There is no zing without hing

With its distinctive flavour and digestive properties, asafoetida is indispensable to any Indian kitchen. From humble pickles to spicy street food, from Kashmiri wazwaan to Kerala’s rasam — this spice is truly national in character, and will now be made in India Well, if not all mankind, then food lovers in India at least can be put in two sharply divided categories — those who love hing and can’t live without it, and those who can’t bear its fetid stench that gives asafoetida its name. It was the Europeans in the Middle Ages that gave it a bad name by branding it the ‘Devil’s Dung’. But ask any hardcore shakahari who eschews garlic and onions, and you will only hear paeans of its praise. The ‘aromatic’ substance has myriad time-tested therapeutic properties — digestive, carminative, anti-flatulent... In case of respiratory disorders, it is prized in the kitchens of many regions in India.

Method: Wash the gaanth gobhi well. Quarter the bulbs and cut the stems. Don’t tear or chop the leaves. Heat oil in a pan to smoking point. Reduce the flame to medium and put in the hing. As it dissolves, add the gobhi along with leaves. Stir gently, sprinkle salt and put in the chillies. Add a cup of hot water and bring to boil. Reduce the flame and simmer uncovered till done. The dish should retain a watery gravy. Tastes great with both steamed rice and roti.

Hing is a latex-like resin of the feral plant that is milked and dried to obtain asafoetida. Iran and Afghanistan are its main producers, but travellers have also chronicled hing sourced from Kashmir.

Chaat would lose its seductive power if hing is excluded from the moveable feast. Pani puri would turn insipid and chutneys and sprinklers would miss their zing. In southern India, sambar and rasam depend on a tempering of hing for their characteristic favour and in Bengal, hinger kochuri prepared for festive feasts relies on it. It is believed that hing reached Bengal with Marwari immigrants, maybe via Bihar. The strictly vegetarian Marwari traders, who have a penchant for rich, hard-to-digest foods, find this ingredient indispensable to cope with the deep-fried staples prepared with ‘heavy’ lentils and ghee.

Elsewhere in the Hindi heartland, following the prescriptions of Ayurveda, people have used it in all recipes that have ingredients that can cause an imbalance of vaat — one of the three basic doshas. As a matter of fact, traditional vaids often dispensed hingashtak choorna to their patients suffering from chronic gastric disorders.

Hing is indispensable to most of the pickling spice blends, but it shines in solitary splendour in the hingwala aam ka sukha achaar prepared in Vaishya and Khatri families of Uttar Pradesh. Slices of unripe mango are generously anointed with strong-flavoured hing. The basic preservative is salt and the pickle isn’t touched by oil. It is the ideal companion for cold puris on a picnic or the now almost extinct long train journeys. It’s worth reminding ourselves that it also adds a subtle flavour to non-vegetarian delicacies. It is the cornerstone of Kashmiri Pandit wazwaan and enlivens the rogan josh and many other kaliyas and salans in the company of saunf and saunth. 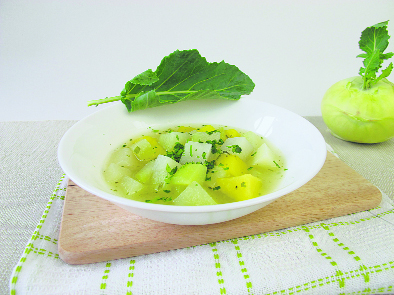 Historians believe that hing was brought to India by Greek soldiers in Alexander’s army. This seems plausible. But, it is equally reasonable to argue that Indians had encountered it even earlier through their contacts with the Persian empire. The boundaries of undivided India extended to present-day Afghanistan and Iran where the best hing is produced.

The Greeks carried asafoetida to Europe but residents of that continent didn’t acquire a taste for it. We hear of the good-old hing being used in rites of exorcism and sometimes for medicinal purposes.

Arguably, the most delicate way of enjoying hing was discovered by the Iranians. The platter on which hot kebabs were served was infused with the aroma of this noble resin by scattering just a few grains of pure asafoetida on it.

Recent plans announced by the government to grow hing-bearing ferula plants in Himachal Pradesh and Uttarakhand have made many people sit up and take a new look at this familiar ingredient. Most are unaware that what we use in our everyday cooking is not pure hing but a compound — grains of strong stuff ground and bound together with flour.

Hopefully, swadeshi hing will replicate the tea story. Or will the geographical indicator elude us? The lovers of hing aren’t bothered as long as their supply of high-grade hing remains uninterrupted from Kabul-Kandahar and beyond via Dubai perchance.

What we are sharing with our readers this time is a vegetarian recipe that allows hing to shine as a solitaire. We owe this to our good friend Rashmi Dar, an accomplished cook. This is a delicacy that can be enjoyed by all, including the weight watchers and salad lovers or soup addicts. It’s truly a recipe for all seasons. Some of our friends like to jazz it up by adding bari or tempering with whole dried red chillies. For us, however, it’s sheer bliss playing an unalloyed duet with hing! After all, its many delights aren’t limited to hing jeere ke aloo alone.