Toy story: Made in India : The Tribune India

Toy story: Made in India

From substantive dependence on China, the domestic manufacturers are capturing the market, riding on back of govt initiatives & Covid disruptions 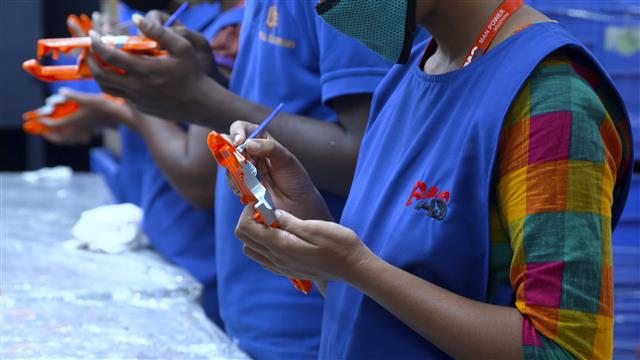 As a young parent 21 years ago, Sonali Aggarwal didn’t have much choice when it came to buying toys for her kid. China was already a manufacturing hub by then for American and European companies, though its toy studios and designers were yet to emerge. In India, traditional toys had long been forgotten and the modern toy industry lacked in scale, investment and innovation. For quality toys, Sonali depended on friends coming from abroad or her own trips overseas. But the huge demand-supply gap was something that irked Sonali and her entrepreneur husband, Sunil Aggarwal. They were soon among the first ones to start importing toys and other kids’ stuff from China.

Packaging is 20% of the manufacturing cost of a toy

It is 2022, and the Indian toy market is a changed space. The Aggarwals are not mere importers anymore. Under their brand, Sunbaby, they have started manufacturing around 15 toy products at their Delhi-based unit. They are among the 4,000+ manufacturing units rewriting the Indian toy story. In his recent Mann ki Baat address, Prime Minister Narendra Modi said in the past two years, toy imports have come down by 70 per cent while exports have gone up by 61 per cent. The results are clearly visible. From multinational toy retailer Hamleys to your neighbourhood toy shop, made-in-India toys are filling up the shelves. Chinese products have literally been obliterated, whatever stocks remain are dated 2020. So, what really changed?

“Everything — both at the demand and supply levels,” says Vipin Nijhawan of SR & Sons, which has manufacturing units in Ghaziabad and Delhi and specialises in ride-on and electronic toys. “The last two years have transformed the toy manufacturing sector. While Covid-19 brought with it an increased demand for toys from children stuck at homes, the increase in import duty and mandatory BIS registration helped check the poor quality imports, besides opening up avenues for the much-neglected manufacturing industry. At its end, the local toy industry is trying to fulfil the demand gap for quality toys in the domestic market created due to import restrictions,” he says.

Children in the age group of 0-14 years in India

The exposure to quality imported toys has been responsible for the entry of good quality Indian-manufactured products, feels R Jeswant, CEO of Funskool India Ltd. “The young parents who have had exposure to branded toys in childhood want to buy quality toys for their children. Add to this the increased spending power and awareness about health benefits of playing with toys, and we have a market waiting to boom,” says Jeswant, whose company had introduced Indians to imported toy brands like Hasbro, LEGO, Leap Frog more than two decades back.

It all began with the long-pending demand for the regulation of imports finally being heeded to. In February 2020, basic customs duty on toys was increased from 20 to 60 per cent. A year later, in January 2021, it was made mandatory for all toy manufacturers, from India and overseas, to get BIS (Bureau of Indian Standards) certification for selling toys in India. This entailed factory inspections and testing of samples. With Covid rules stringent in China, BIS certification hasn’t been easy to get for Chinese manufacturers. 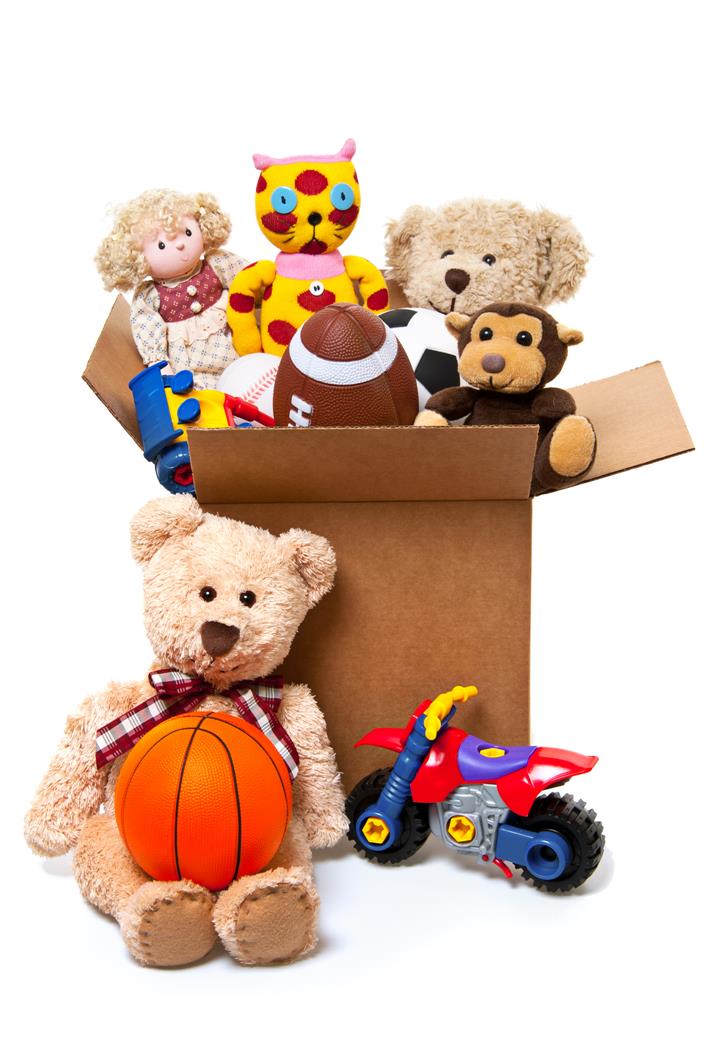 The disruptions dragged the Indian toy industry out of slumber and the manufacturers had a ready market when the government initially approved the eight toy manufacturing clusters across the country last February. At present, 19 have been approved while more are coming soon.

The country’s first toy cluster at Koppal in Karnataka, set up by Aequs, started its operations last month. Spread over 400 acres, it aims to integrate the entire manufacturing and production ecosystem into a complete whole. “We have already started investing in tooling, masking, paint-mixing facilities as well as bringing in newer technologies like 3-D printing, besides skill development,” says Rajeev Kaul, MD and COO of Aequs, adding that India still imports toy parts like doll hair root, hair fibre and toy paints but once the manufacturing process is fully developed, these will be available domestically.

The mandatory BIS certification on all toys is bringing in products that follow international standards of safety and quality. As of this month, 881 licences have been granted to domestic toy manufacturers and 13 to international manufacturers. 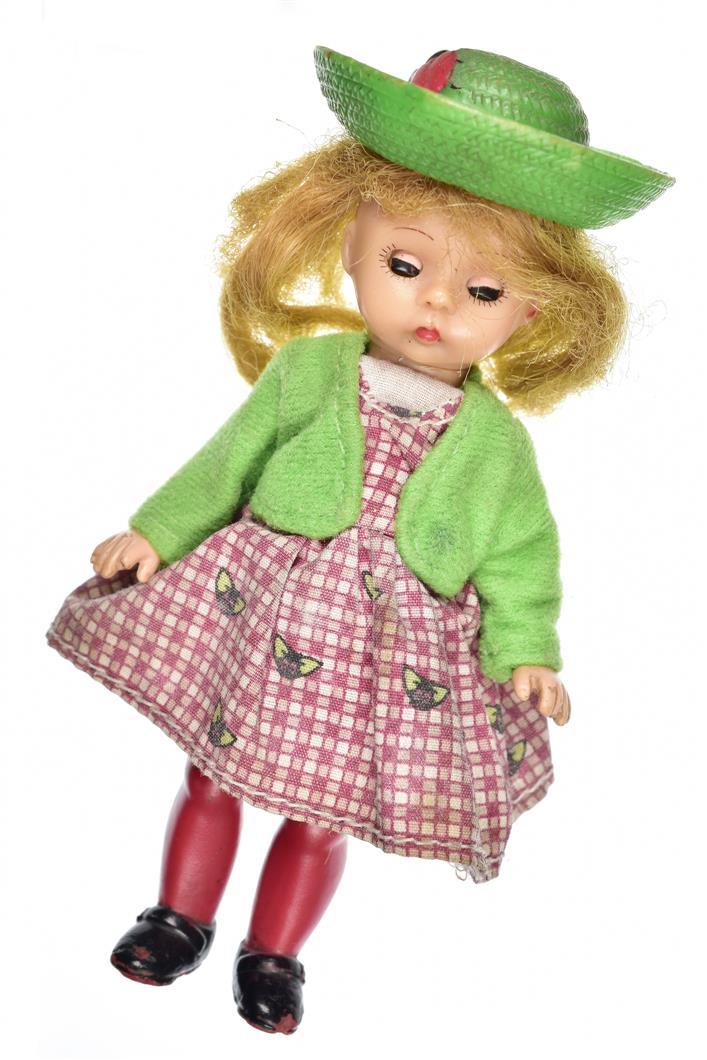 Invest India, a national investment promotion agency, says that the Indian toy market has the potential to grow to $2-3 billion by 2024. It also forecasts the domestic toy demand to grow at 10-15 per cent as against the global average of 5 per cent.

“The products are at par with the Chinese counterparts,” says Varinder Mahajan, proprietor of Chandigarh-based multi-storey kids’ mart Rama Stores. He says the prices are less as compared to Chinese toys and other kids’ products. “Cutting down on packaging and import costs is benefitting the customer,” he adds.

“Some of the products are really fine,” says Harish Kingra, wholesale supplier to various shops in Chandigarh, Mohali and Panchkula, showing dolls and cars made at factories in Delhi and Mumbai. “But what’s lacking is the variety in electronic toys, especially action toys. Anything that uses a chip and circuit is still not made in India. As far as the products by small-scale local industries are concerned, the quality is yet to match what China has achieved in the last few decades,” he says.

Being the manufacturing hub for overseas companies, China has access to the best of technology and designs. Still in its nascent stage, the Indian toy industry, more than 90 per cent of which is still in the unorganised sector, lacks research and development in design and plastic moulding and electronics. 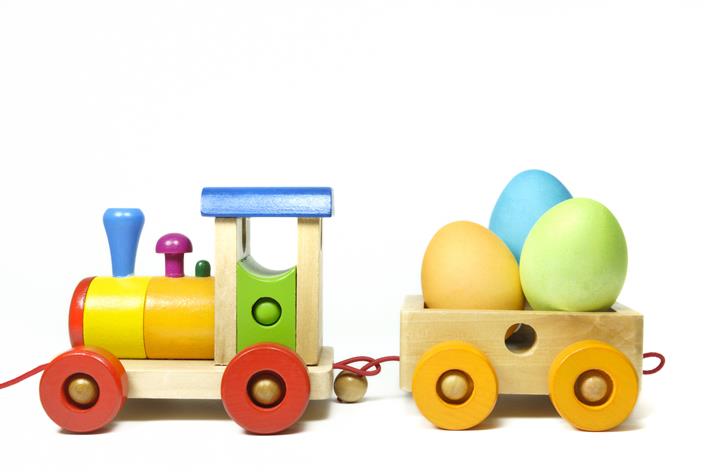 “It is important for the government to centralise the production of high-cost industries such as those making electronic parts, music chips and die-cast moulds for the benefit of micro and small-scale industry,” says Puneet Jain, who turned to manufacturing two years back after his toy import business of 20 years suffered heavy losses during Covid-19. “While many toy clusters have come up in some states, no such clusters have yet been initiated in Punjab, Haryana and Himachal Pradesh. The manufacturers and exporters based in these states are losing out in this growth march,” says Jain, whose Zirakpur-based company Toyzland is manufacturing customised soft toys and supplying these to retailers in Punjab, Haryana, Himachal and Chandigarh.

“The upcoming 100-acre toy cluster of the Yamuna Expressway Industrial Development Authority, Greater Noida, will cater to the needs of UP and NCR region but we haven’t received any request to start one in the North. We have contacted Haryana many times but the state has not yet shown any willingness to start a toy cluster. Even from Punjab, we have not yet received any request to start a hub,” says Ajay Aggarwal, president of the Toy Association of India, one of the major voices in the Indian toy industry.

In view of the impetus the industry is receiving, Aggarwal feels all states should invest in land and allocate budget for this labour-intensive industry. Besides reducing the dependence on imports, the increased number of manufacturing units in the country will improve the export ratio while bringing in quality toys in the domestic market, he adds.

The export of basic toys increased from $109m in 2018-19 to $177m in 2021-22, but there are many challenges that the Indian exporters are facing in selling their products in international markets. And the problem is not with the quality of made-in-India toys which are being manufactured for some of the world’s biggest international toy brands for years.

“Despite meeting the most stringent quality standards, it is a challenge for Indian manufacturers to sell their own brands and products in the overseas markets. In spite of top-notch manufacturing capabilities, Indian-made toys will take a while to become major international players. This is because huge spends are required to market these products,” says Jeswant. His Funskool (India) Ltd is one of the earliest made-in-India toy brands exporting their products to countries like the UK, the US, Europe, Middle East, SE Asia and Africa.

For the exporters who do not have their manufacturing units close to the ports, transportation remains a big hurdle. Sonali, whose company is now exporting to the Middle East, says that to give exports a push, the government must give incentives. “We are based out of Delhi and send our consignments from Mumbai. It is tough for us to transfer the products to Mumbai,” she points out.

Manufacturers also fear that once China opens completely, there is going to be no stopping it from trying to recapture the Indian market. “India is well positioned to become a world leader in the manufacture of toys due to its population as well as availability of resources. For us, the time is right to invest in this growing market as many international companies are diversifying out of China and looking to establish their manufacturing units in India,” says Kaul. And there is a lot that needs to be done before India Inc can put up a brave fight.

Industry at a glance

If government policies remain consistent, it won’t be long before we are able to achieve self-sufficiency. You’ll not be able to recognise the Indian toy industry in five years from now. R Jeswant, ceo, funskool india