Sweden has to import trash to keep its recycling plants running. Thanks to its revolutionary waste management, 52 per cent of its waste is converted into energy and 47 per cent is recycled. Only 1 per cent goes to landfills! 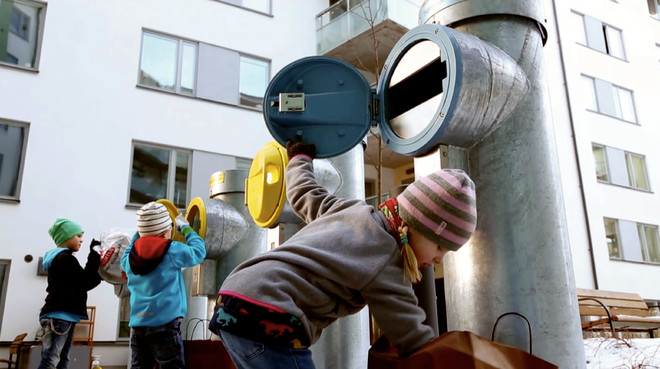 It’s a crisp summer morning on the west coast of Sweden and Palle Stenberg, the co-founder of Gothenburg-based Nudie Jeans, is getting ready to start his day. Besides his daily chores, Palle has voluntarily taken the additional responsibility of being a local guide to Dan, his friend and business partner, who is visiting from Australia. Around 6:30 am they are ready to hit the road but not before Stenberg has done the most important job of the day, a job that he has been doing every single day without fail for decades. He picks up the neatly segregated packs of the waste — paper, plastic, glass, metal, and biodegradable waste. He puts them into their respective recycling centres, some 300 metres away from his home. Dan is blown away by Palle’s commitment to waste management. And, so am I.

Cut to September 2019. I am attending the Adventure Travel World Summit in Gothenburg, the Swedish city that has been voted the most sustainable destination in the world for four years in a row. While adventure is my main motive to visit, my mind wanders off to catch another story unfolding in front of my eyes that has made the Scandinavian nation a champion of recycling. Sweden is so ahead of the curve; it has run out of trash, and for several years, it has been importing garbage from other countries to keep its recycling plants running. Only less than 1 per cent of Sweden’s trash is sent to landfills. The rest is either converted into energy (52 per cent)  or gets recycled (47 per cent). The power generated from waste provides heating to one million homes and electricity to 250,000.

Intrigued to know more, I embark on a journey to demystify Sweden’s secret of turning trash into treasure. My story takes me to more than a dozen of different stakeholders — from waste management companies, tourism boards, manufacturers to locals at large. And this is what I found.

Sweden was quick to realise that the scarcity of non-renewable resources and climate change will become irreversible trends in the future. Therefore, it started looking for sustainable alternatives early on. Starting in the mid-20th century, it laid the foundation of the Recycling Revolution when it began investing in converting waste to energy. Its investment paid off when not only it reduced its reliance on fossil fuels but also brought down its carbon footprint. The greenhouse gas emissions in Sweden are projected to fall by 76 per cent by 2020 as compared to levels in 1990.

However, this did not happen overnight. Katarina Thorstensson, the Sustainability Strategist at Gothenburg & Company, explains, “Where Sweden and Gothenburg are today, is a result of many years of environmental work on a national and local level. And, in some way, it’s a cultural thing. We care about people and planet, and therefore every Swede is conscious about efficiently using the resources. We actively reduce, reuse and recycle resources.” Moreover, credit must be given to the Swedish government for bringing together all the stakeholders, creating a collaborative environment and bringing a behavioural change in its citizens — from a will to recycle to actually doing it.

Swedish government realised that for a long-term sustainable solution to their waste management problem, they’ll have to educate kids about environmental issues and sustainability from early on. In school, children were taught to recycle, making it a way of life in Swedish communities. Teachers underwent specialised training to engage children in practical activities like making their own paper or inculcating reduce-reuse-recycle habits. My 41-year-old native Swede friend Kicki Lind recalls her childhood days. “Keeping nature clean is in our blood. I grew up with the “Keep Nature Tidy” campaign and back in school, a lot of emphases was on why and how we must make sure never to leave any trash behind. And, if someone did leave by mistake, we were taught to pick up their trash,” says Lind.