A number of SC judgments have held discoms liable 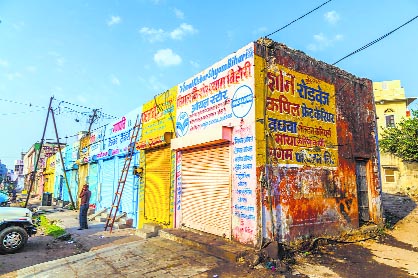 You can certainly seek compensation for the tragic death of your daughter through the consumer court. In managing director-cum-chairman AP Transco vs Mohd Noorullha Shareef (First Appeal No 235 of 2010, decided on March 7, 2018), the National Consumer Disputes Redressal Commission made it clear that there was no ambiguity about the jurisdiction of consumer courts in deciding such cases. Here, the victim had got electrocuted from a snapped power line near his home while returning from a mosque and the power company had raised the issue of the jurisdiction of the consumer courts. The Commission, however, held that once the deficiency of the power company was proved, it was liable to pay on the basis of strict liability.

The Supreme Court has consistently emphasised that the courts should take a reasonably compassionate view while determining compensation and value life and limb on a generous scale. So much so that when computing compensation, the courts are now valuing better the contribution of homemakers too

In Dakshin Haryana Bijli Vitran Nigam Ltd vs Parmila Devi (FA No 58 of 2008, decided on April 2, 2013), the complainant’s husband got electrocuted when he accidentally came in contact with a live wire that had not been properly insulated on his agricultural land. The National Consumer Disputes Redressal Commission said the power companies are required to ensure that their installations are properly and securely maintained so that there are no safety hazards to consumers/public. Failure to do so constitutes deficiency and the companies are accountable for the consequences.

The courts, including consumer courts, usually use the method used in Motor Accident Claims Tribunals to compute the compensation in such cases as well. The Supreme Court has laid down the guidelines on this in a number of judgments, particularly in Sarla Verma and Others vs Delhi Transport Corporation and Another (CA No 3483 of 2008, decided on April 15, 2009).

In Parmila Devi’s case, the Commission took into consideration the salary of the deceased, his age and the future prospects, besides the loss of companionship and fatherly love, and awarded a total of Rs8,18,000, which included Rs10,000 towards costs, along with interest at the rate of 12 per cent per annum.

In Shareef’s case, the young man was unemployed, but had completed his BTech. So, his income was taken as Rs15,000 per month and the total compensation awarded was Rs12 lakh with 7 per cent interest calculated from the date of complaint, December 2, 2009, till realisation.

In your case, since your daughter was not employed, you need to refer to her educational qualifications and point to the fact that once she completed her MBA, she would have earned a good salary. If she had any offers of jobs — through campus recruitment, for example — you must quote that. You can also mention the salaries her classmates are earning. That would help in the computation of compensation. You can also ask for loss of your daughter’s love and companionship and the loss of support that she would have been in old age.

The Supreme Court has consistently emphasised that the courts should take a reasonably compassionate view while determining compensation and value life and limb on a generous scale. So much so that when computing compensation, the courts are now valuing better the contribution of homemakers too. Recently, in Rajendra Singh vs National Insurance Company (CA No 2624 of 2020, decided on June 18, 2020), while assessing the compensation for the loss of a school-going child, the Supreme Court said: “It can safely be presumed that education would have only led to her better growth and maturity with better prospects and a bright future for which compensation needs to be granted under non-pecuniary damages.”