Whom the world chose to forget

World War I commemorations were all about celebration of valour. Hardly any remembered the non-combatants who did back-breaking tasks till long after war had ended. Worst still were untouchables among them, a new book notes 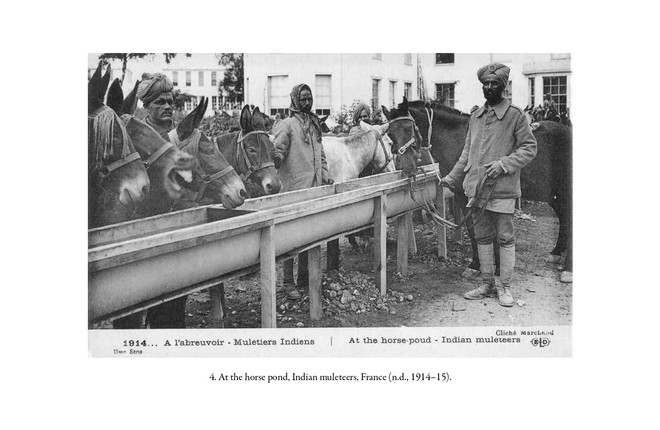 Sarika Sharma
A confidential letter from Mesopotamia in March 1916 called urgently for 450 latrine sweepers from India. In temperatures unlike what they had ever faced in India, the Indian Labour Corps had been constructing roads, railways, bridges. Basra was to be a major port to launch the military campaign during World War I. When Radhika Singha came across this letter dated March 1916 at the National Archives in New Delhi, she wondered why it was marked “Confidential”. More research revealed that there had been a cholera outbreak in Basra and “...sweepers were going to be placed in jeopardy at the epidemic front”. Later, dhobis were to be called in, too, tasked with disinfecting military hospitals, exposing them to high risk. By the time the Mesopotamia campaign ended, 3,000 men from Indian Labour Corps had died in Basra alone. During the five-year commemorations of the Great War, not a tear was shed for these dead. Singha’s new book, ‘The Coolie’s Great War’, rights the wrongs. 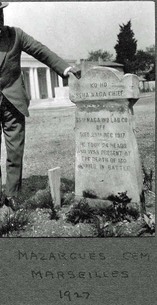 Kuhoi Sema Naga lies buried at the Commonwealth War Graves Commission cemetery at Mazargues in Marseilles, France. Also known as Kuhoi Zhimomi, he was the son of Naga Chief Sukhai Zhimomi. What makes him special, says Peter Francis, spokesperson of the CWGC, is that the original temporary grave marker (above) for Kuhoi recorded that he took 24 heads and was present at the death of 130 enemies in battle.

When England declared war against Germany on August 4, 1914, Indians pleaded for combatant role. A colour ban had long forbidden non-white subjects from fighting white races. But Indians wanted to fight for the Empire — to press for self-rule and fight the colour bias. The combatant role was eventually granted and Indians joined the British forces across the theatres of World War I. Hundred years later, to be recounted before the world were tales of valour of these Indian soldiers. Forgotten, however, were the non-combatants — 5,50,000 had braved the war too along with the coloured and white men. In her book, published by HarperCollins, Singha, who is professor of history at Jawaharlal Nehru University, brings the spotlight on Indian Labour Corps, who fought in the war along with Jail Labour Corps and Porter Corps — from the porters, stevedores and construction workers in the Coolie Corps to those who maintained supply lines and removed the wounded from the battlefield. Worst among them perhaps were the untouchables, the lowly. The caste divide hadn’t spared them here too. Not even in death.

The author says that while Coolie Corps was raised for expeditionary forces sent overseas before WW-I too, these were not regarded as a regular part of the army. During the war, the label ‘Coolie Corps’ was replaced by the politically more acceptable label ‘Labour Corps’ and ‘Porter Corps’. They were raised for Mesopotamia in 1916 and France in 1917. Their disbandment began in 1921.

Singha tells the story of a sweeper whose own fellow countrymen refused his body a dignified burial. The cold had been too much for him and he had died of pneumonia in a hospital in England. “Inspecting the Lady Hardinge Hospital at Brockenhurst, which treated Indians from the Expeditionary Force in France, Sir Walter Lawrence noted an act of local kindness. A burial plot had to be found:

‘for a sweeper belonging to a peculiar sect which never cremates. We asked the Woking Muhammadan Burial ground to allow us to bury him there, but they flatly declined. We then had recourse to the Rev. Mr. Chambers, the Vicar of Brockenhurst. He came forward and kindly allowed us to bury him in his Churchyard.’” 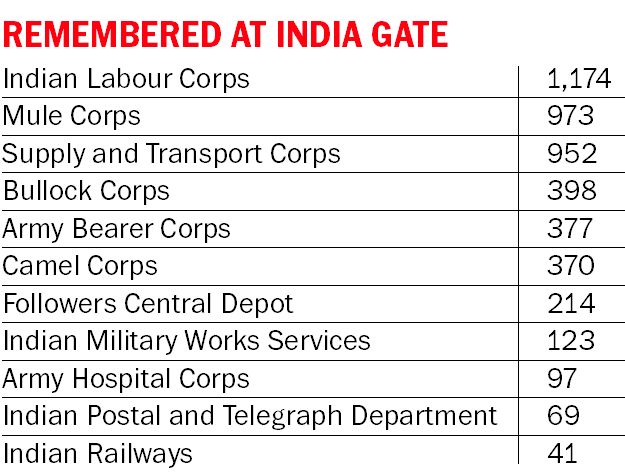 Sinhga believes (and so has now been reiterated by Shrabani Basu in her book ‘For King and Another Country’) Sukha Kalloo is the sweeper of Sir Lawrence’s report. The Hindus had refused to cremate him because he was an untouchable and the Muslims because he just wasn’t one of them. His grave now lies beside some New Zealand graves in the church at Brockenhurst.

Inviting them to join WW-I, recruitment agents had made rosy promises about a post-war order, writes Singha. “Recruitment propaganda began to conceptualise the return home in ways which evoked both hope and anxiety about the nature of the postwar order. A Madras recruiting officer told ‘untouchable Paraiyans’ that ‘[w]hen (sic) you wear the King Emperor’s uniform, you will be able to walk through the Brahmin quarter and spit where you like.” The locals were, understandably, not taking kindly to all this. Sinhga recounts a poem published in the ‘Bijnor Punch’, ridiculing the airs of Chamar recruits: “They who used to get husks and bran at house now get ghi, rice and gram in their rations, why then should not their martial ardour be kept up!”

When the Secretary of State of India, Edwin Montague, brought reforms to India, he received a bundle of petitions from spokesmen of ‘low-caste’, ‘untouchable’ and tribal communities, demanding the right to represent themselves in legislative bodies. Singha says Montague’s visit galvanised political and associational life. “Babasaheb Ambedkar writes about this moment in a very interesting essay titled ‘A strange event’. He notes that as Dalit communities began to demand the right to represent themselves, the Congress, which had hitherto separated issues of social reform from its political manifesto, began to forefront the ‘welfare and uplift of the depressed classes’ as one of its political goals.”

Things were to change in Punjab too. Singha says: “In post-War Punjab, Ramdasias and Mazhabi Sikhs, including some of those who had served in the army, began to demand the right to use common wells and to enter gurdwaras. Some signed up for the jathas taken out by the Akalis in the 1920s to seize control of gurdwaras from Hindu mahants as another means of asserting equality with the Jat Sikhs.”