Fewer guests, less staff and a taste of rural life are making Himachal’s homestays the most preferred choice for tourists 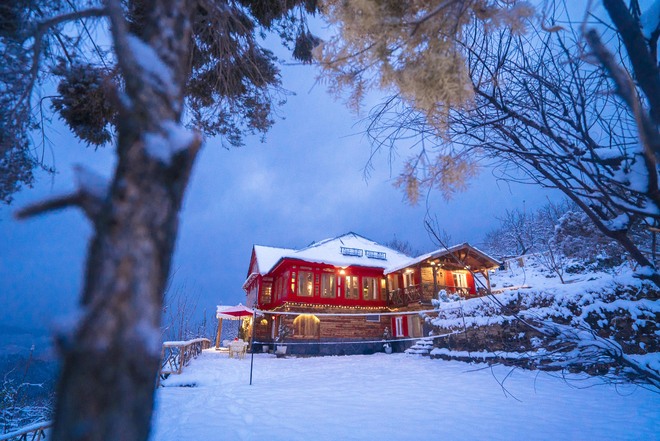 When Ashim and Garima from Gurugram planned a trip with their children to Manali, they skipped the luxury hotel they usually stayed at and booked a quaint rural homestay. “We were yearning to go on a holiday but didn’t want to compromise on health. We zeroed in on a cosy homestay since there was lesser chance of exposure to Covid,” says Ashim. Garima adds, “The 20-minute trek to the cottage was exhilarating, especially for our kids. The experience was surreal, virtually transporting us to a magic land amid apple orchards. With a kitchenette and a balcony to the mud-plastered rooms, it was the laidback holiday I had always dreamed of.” 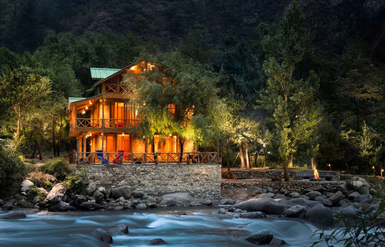 Having held back going on a holiday for nearly a year, people are now eager to step out of the confines of their homes. For those willing to venture out without compromising on the safety, homestays are emerging as a favoured option. These smaller units are considered relatively safe due to fewer guests and less staff, especially in times when travel abroad is almost ruled out due to restricted international flights and fear of infection. Tucked away in the picturesque locations, homestays in rural areas offer a glimpse of the local culture and traditions, besides meals cooked from farm fresh vegetables and fruits, homemade jams and jellies.

The shift in preference from big hotels to homestays is more than evident, with a majority of such units, ranging from four to six bedrooms, being flooded with queries. “Earlier too, there was no dearth of people seeking solace of the mountains away from the hustle and bustle of popular hill stations. Post-Covid, however, this preference for homestays has caught up,” says Ankit Sood, whose homestay in Banjar, Tirthan valley in Kullu has been getting long-term guests wanting to experience rural lifestyle. He is also being approached by many homestay unit owners to register with the idea of “Work from Mountains”. Fourteen registrations have already been done in Himachal and Uttarakhand. 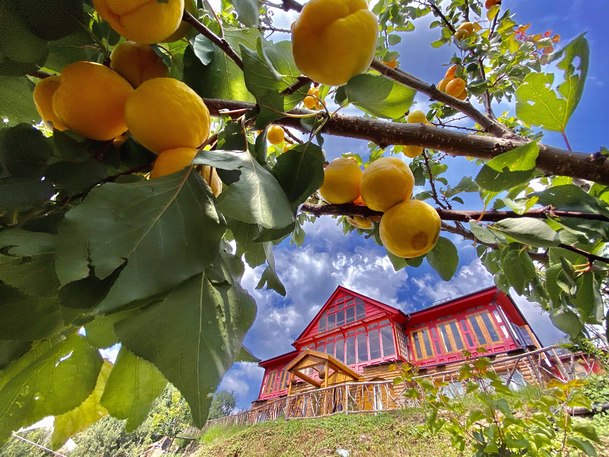 Several homestays have come up in the serene valleys of Sainj, Tirthan, Kullu, Manali, Barot in Mandi, Bir in Kangra, Sal in Chamba and most parts of Spiti and Kinnaur. From nearly Rs1,500 per day to luxury ones priced at Rs30,000 per day, there are homestays to suit every pocket.

Keen to capitalise on the emerging trend, several apple orchard owners have started homestays on their farms. One such entrepreneur, Ankur Chauhan, who chose to start a homestay at his orchard in Kotkhai this year, isn’t regretting his decision one bit.

The situation is no different for former journalist Sanjay Austa, who returned to his native place Ratnari in Kotkhai area of Shimla. “I had had enough of Delhi and wanted to return home but didn’t wish to do what most others were doing here, which was growing apples,” he says, candidly. Amid much pessimism among his family about starting a tourism unit in rural settings, he turned his old dilapidated house, replete with hill architecture, into a homestay. Today, he is doing good business, courtesy his writing skills to sell his destination, besides the word of mouth, which is the most trusted option. “To ensure the safety of our guests as well as staff, an RT-PCR Covid negative report is mandatory to stay here,” says Austa. This is in contrast to most hotels, or even homestays, which do not wish to drive away guests with this rigorous condition. “It is clear that people want to stay at small lodges and orchard houses being run as homestays as the safety norms would be high there,” admits a travel agent.

At 638, Kullu district has the highest number of homestays, followed by 334 in Shimla district and 268 in Kangra. Interestingly, the small tribal district of Lahaul-Spiti with a relatively large number of 258 homestays has surprised many. The increasing number of homestays in Lahaul-Spiti indicates the preference of visitors to explore newer destinations, away from the crowded urban habitation. A total of 61 new homestays were registered within this year in Kullu district, the number was 29 in Kangra district, clearly showing the trend towards popularity of this new concept.

Besides trekking, the homestays, located in rural areas, offer ample offbeat activities such as apple picking, jam preparation, etc. to make their stay more desirable. The new mantra of healthy living to boost immunity against Covid-19 has rather come as a blessing in disguise for these homestay owners, much to the chagrin of hoteliers. With uncertainty prevailing around coronavirus and for how long it will last, this preference for homestays seems to be here to stay.

In conflict with hotel industry

While hotels continue to reel under the impact of the pandemic, homestay units have been beneficiaries of this shift. This has resulted in direct conflict with the beleaguered hotel industry, which has been crying hoarse over its losses. “While the hotel industry is on the brink of a wipeout, a number of illegal homestays and bread&breakfast (B&B) units are benefitting without having to pay any taxes or revenue to the government. This is unfair to us hoteliers, who have taken huge loans and have to pay several taxes,” rues Sanjay Sood, president of the Shimla Hoteliers Association.

“The mushrooming of illegal accommodations, being run through online travel portals and touts, has badly affected the business of hotels and registered homestay and B&B units. The occupancy of hotels and registered units has been declining because online travel companies are offering accommodation at prices as low as Rs450 to Rs500 per day through their portals,” says Mohinder Seth, president of the Shimla Tourism Industry Stakeholders Association. He argues that the hotel industry can’t afford to give accommodation at such low prices, considering the staff salaries, heavy taxes, water and electricity bills on commercial rates, etc. Various hotelier associations have demanded a check on the unregistered homestays across the state, which can be run only in panchayats in rural areas. The conflict in urban areas is with the bed and breakfast units, which are running through online bookings.

Though under the homestay scheme of Himachal Tourism, a maximum of four rooms, without a restaurant for commercial purposes, is allowed but under the B&B scheme of the Government of India, six rooms are allowed.

Whatever may be the conflict between the hoteliers or the homestay owners, it is the tourist who is the winner.