Why JNU is ideological battleground

It’s not simply about Left vs Right, there’s a sub-text of countering challenge to autonomy universities are facing 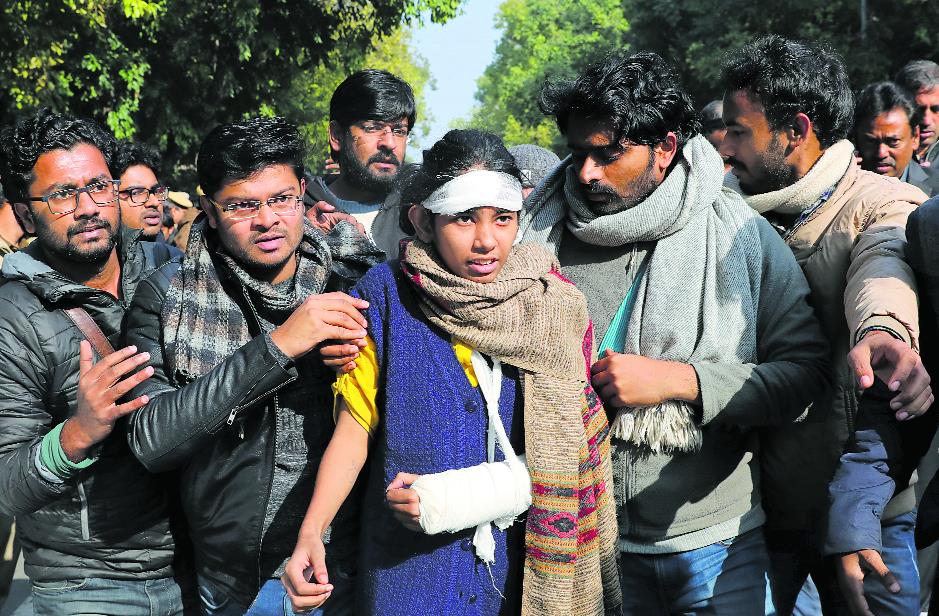 Once the first Indian institution to enter global top 100, Jawaharlal Nehru University is today in news for all the wrong reasons.

For 77 days since the Left-led students’ union went on strike against the hostel fee hike, the campus has witnessed suspension of academic work, heckling of a section of teachers by protesting students, sporadic scuffles between members of the Left unity students’ wings and BJP-affiliated ABVP and finally, the January 5 mob attack that left 35 students injured.

The JNU community is shocked, as are those who have closely followed the evolution of the institution — set up in 1969 to benchmark quality in social sciences in a way that independent India had never done before.

“JNU was the first institution set up with an umbrella character. It was to be residential, it was to foster a rounded view of learning and it was to be the pillar of a larger power structure. It is not coincidental that JNU students went on to offer leadership to all walks of public life,” historian Mahesh Rangarajan notes.

He doesn’t view the current episode at JNU in isolation from the larger current challenge to universities as autonomous institutions as a whole.

“Denial of space for debate is worrying most so when its student community played a role in the anti-Emergency protests and in sheltering those targeted in anti-Sikh violence of 1984. Those in office should introspect seriously. This is not about one university. The question is whether democracy is about debate or will labels and name-calling replace discussion?” asks Rangarajan.

While protests have been part of JNU’s culture (the university was shut down for a year in 1983 after Left union students ransacked the house of then V-C PN Srivastava), what is new is the use of teachers and fellow students for furtherance of the JNUSU agenda.

Equally visible is the rising tension between the Left unity students and ABVP members since the rise of the BJP as a full majority government at the Centre in 2014.

“Agitation has always been part of JNU’s history. But the Left unity-led JNU Students Union this time resorted to never-heard-before tactics to enforce their strike. A teacher was held hostage for over 24 hours. Videos show her being heckled. A warden was woken up in the dead of night and mobbed. Hostel server room was vandalised and fellow students prevented from first taking semester exams and then registering for the next semester. It’s indeed a reflection of desperation over ABVP’s growing influence on the campus,” feels Sandeep Mahapatra, the only JNUSU president from ABVP in the institution’s long history.

Though some JNU teachers caution against viewing the current tensions as a Left versus Right issue, the fact remains that the Left and its ideology have dominated campus politics since inception. Until the 1980s, Students Federation of India and All India Students Federation, the student wings of CPM and CPI, respectively, contested each other for political space in JNU. In 1990s, the All India Students Association (CPI-ML) and the ABVP emerged.

The ABVP won its first councillor post only in 1983 and the first JNUSU post in 1992. It bagged three posts barring president in 1996; joint secretary in 1999 and JNUSU president in 2000.

The story goes that in 1999 the SFI-led JNUSU floated something called ‘Progressive Admission Policy’ and called the University General Body Meeting. When things did not go as planned, large-scale violence followed. A probe led to many students getting expelled.

Another 1999 controversy relates to two serving Army men being beaten up by SFI members when they objected to offensive verses in a mushaira.

The mother of controversies, however, came on February 9, 2016, when JNUSU chief Kanhaiya Kumar and two others were booked for sedition for raising “anti-India slogans”.

That said, most of the incumbent faculty at JNU believes the matter at hand is not about Left versus Right.

“This is not a structural problem. It is not as though the teachers and students have suddenly become violent. January 5 was a specific episode where ABVP students who feel emboldened at having their own government and administration attacked the JNU community,” says faculty member Sucheta Mahajan.

About the university’s future

Rangarajan feels there’s hope as long as students protest peacefully. Yoginder Alagh, the only JNU V-C who ever sat on satyagraha against his own students, feels India needs many more JNUs and a way must be designed to ensure that.

But not everyone shares the optimism. The Left-leaning JNU Teachers Association, with the majority faculty membership, says V-C M Jagadesh Kumar must go for things to normalise. They feel the principal danger to JNU is from RSS-minded faculty the new V-C is pushing during recruitments.

The breakaway JNU Teachers Federation, however, voices the exact opposite view and feels Left-leaning faculty is egging on students to use violence as a means of validating their agenda.

The solution perhaps lies somewhere in the middle. Like old-timers recall the late PM Indira Gandhi charming the then JNUSU president Sitaram Yechury when he led a delegation to her house post Emergency and demanded her resignation as JNU Chancellor.

She came out, told them she had already resigned and took them inside for tea. Does the current dispensation have the willingness to engage?

The jury is out.