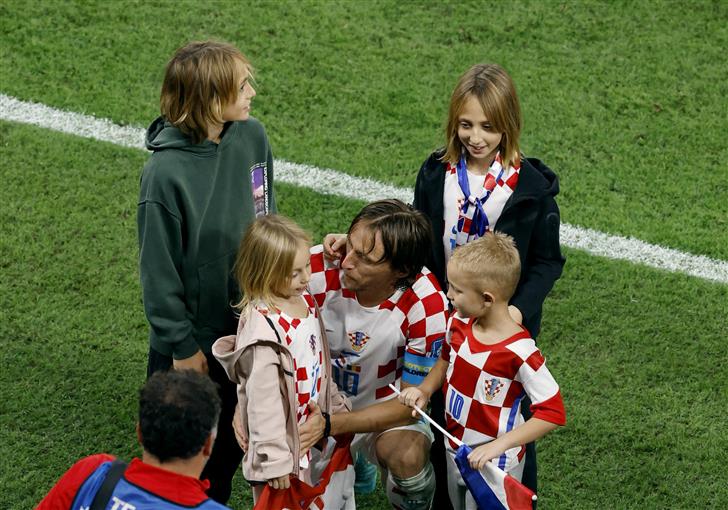 Croatia's Luka Modric celebrates with his children after the match as Croatia qualify for the knockout stages. Reuters

Croatia advanced to the last 16 of the World Cup on Thursday after a 0-0 draw against Belgium, whose group-stage exit will likely usher in the breakup of its talented but underachieving generation of players.

The eastern European nation has reached at least the semifinals on each of the two times it has reached the knockout stage.

Belgium was eliminated after scoring one goal in three games and failed to live up to its status as the second-ranked team and one of the tournament favourites.

Needing a win to be sure of advancing, Belgium produced its best performance of the World Cup and wasted two clear chances that fell to Romelu Lukaku. The halftime substitute struck a shot against the post and failed to control a ball that bounced off his chest.

What has long been called Belgium’s “Golden Generation” — now featuring six players with more than 100 appearances — is set to split up with a World Cup semifinal appearance in 2018 as its peak. AP