Two of them hailed from Haryana, one from Punjab 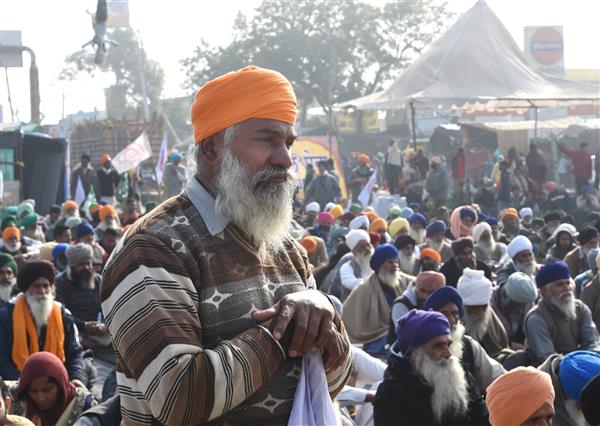 Three farmers — two from Haryana and one from Punjab, died reportedly of cardiac arrest at Tikri-Bahadurgarh border on Monday taking the toll in the ongoing farmers’ protest to 24.

Among the deceased, 19 were from Punjab while five belonged to Haryana.

Those who died today have been identified as Gurmeet Singh (51) of Dhingarh in Mansa district (Punjab), Jasbir (47) of Bagla village and Joginder Singh (41) of Mirchpur village in Hisar district.

Gurmeet had come to Tikri from Punjab some days ago and had been camping near new bus stand in Bahadurgarh city. He retired to bed after having dinner but was found unconscious in the wee hours. Gurmeet was rushed to Civil Hospital in Bahadurgarh where he was declared brought dead.

The two other farmers from Hisar were camping near PDM flyover on the Bahadurgarh bypass.

Vinod Kumar, incharge, Police Post Sector-9 here, said exact cause of death would be ascertained after the post-mortem.

Victims include 22 children as well as adults, police say in...