The farmers’ agitation against the three farm laws dominated the discussion on the Governor’s Address for the second day in the Haryana Assembly here today.

The Treasury benches accused the Opposition of misleading farmers. Congress leaders called for giving the status of martyr to farmers who lost their lives during the agitation on the Haryana borders and also demanded aid for their families.

Farmers are apprehensive about the three farm laws. The state legislature must enact a new law guaranteeing the MSP to farmers. — Jogi Ram Sihag, JJP MLA

Two Jannayak Janta Party (JJP) MLAs — Jogi Ram Sihag and Ram Kumar Gautam — spoke against the farm laws. Deputy Chief Minister Dushyant Chautala said that farmers were being misled on the MSP that it would end. He said, “In fact, during our rule, more crops are being brought within the ambit of the MSP. Mandis will not be abolished and rather they will be strengthened”.

He said it was during the Congress rule that the law on contract farming was brought but now they were opposing a similar law enacted by the Central Government. 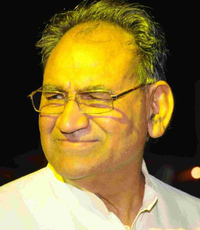 The House should pass a resolution to urge the Union Government to put on hold the implementation of the three laws till 2024.—  Ram Kumar Gautam, JJP MLA

Leader of the Opposition Bhupinder Singh Hooda said, “We are not against private investment in agriculture. Our law ensured purchase of produce through contract farming at the MSP and our amendment was to make the purchase below the MSP a penal offence”.

Earlier, starting the discussion, BJP legislator Assem Goyal said that neither the MSP nor the mandis would end. He claimed Punjab Congress leader Navjot Sidhu had praised Haryana’s procurement system. A ruckus started and the agitated Congress MLAs entered the well of the House when Goyal blamed the Opposition for farmers’ suicides during its rule and accused it of grabbing their land.

Tosham MLA Kiran Choudhry said farmers, small entrepreneurs, and unemployed youths present the real picture of the state today and not the rosy image created in the Governor’s Address.

JJP MLA Jogi Ram Sihag said that the farmers’ agitation was the biggest movement in Haryana and the state peasants were apprehensive about the three farm laws. He called for enacting a new law by the state legislature to guarantee the MSP.

Another JJP MLA Ram Kumar Gautam said that the House should pass a resolution to urge the Central Government to put on hold the implementation of the three laws till 2024.

Towards the end, Rewari Congress MLA Chiranjivi Rao said, “Please do not get the CBI or the ED to raid an MLA if he votes for us on the no-confidence motion”.