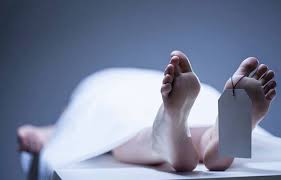 Two more Fazilka farmers have lost their lives while participating in the agitation.

Seven days after farmer Amarjit Singh Rai, who ended his life at Tikri border by consuming some poisonous substance over agriculture laws, two more Fazilka farmers have lost their lives while participating in the agitation.

Sources said that Kashmir Lal (65), a resident of Mahmu Joyia village, had gone to the Tikri border to participate in the agitation on December 28. But he fell ill on December 31 due to severe cold conditions. He was taken to a hospital in Bahadurgarh from where he was discharged after the treatment. He then returned to his native village.

The next day, he joined the protest at the Mahmu Joyia toll plaza on the Fazilka-Ferozepur highway. While returning home after a dharna on Friday evening, his condition deteriorated again and was taken to a private hospital, where he was declared brought dead. Similarly, Kashmir Singh (69), a resident of Koharianwali village, had gone to Delhi on December 25 to participate in the protest, where he fell ill due to biting cold. He returned home on December 31. He also died last evening.

The Sainj-bound bus falls into the gorge near Jangla village...

The trust vote will be held in the Assembly on Monday

To hear pleas filed by ex-ministers Vijay Singla and Bikram ...