28-year-old man gunned down in shootout in Gurugram 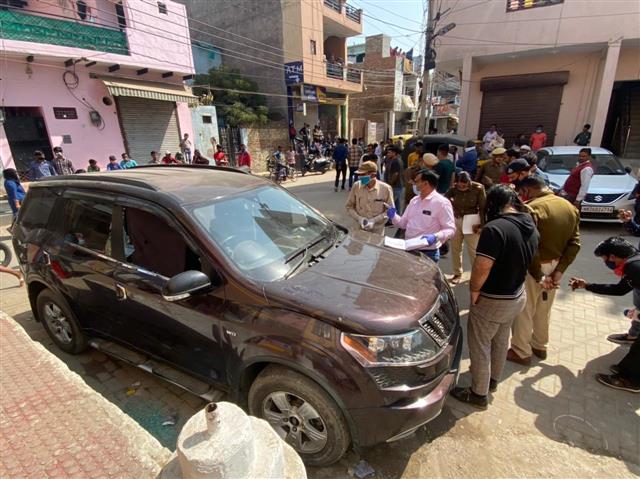 Yet another shootout in broad daylight shook Gurugram on Monday as a 28-year-old man was gunned down in a gang war in Feroz Gandhi colony.

Over two dozen shots were fired by unidentified assailants leaving the residents terrified.

The incident happened around 12:15 pm when the victim identified as Manish (28), a resident of Basai village, was in his XUV car getting ready to leave.

Two bike borne shooters came and fired at him for several minutes before fleeing.

The residents then rushed out and took him to hospital but he was declared brought dead.

The police were informed and it reached the spot where over a dozen bullet shells lay scattered on the road.

Police said the deceased sustained more than seven bullet shots in his chest, head and arms.

Preet Pal Singh Sangwan, ACP, crime, said the father of victim is a tempo driver and the reason behind the attack is not clear yet.

“We are waiting for the family to file a complaint, name suspects or motive. We have already started investigating and taken all available CCTV footage and reviewing it,” added Sangwan.

This is the second such incident in a year as in last May, a mobile shop owner Vikas alias Vicky was also gunned down in the same area.