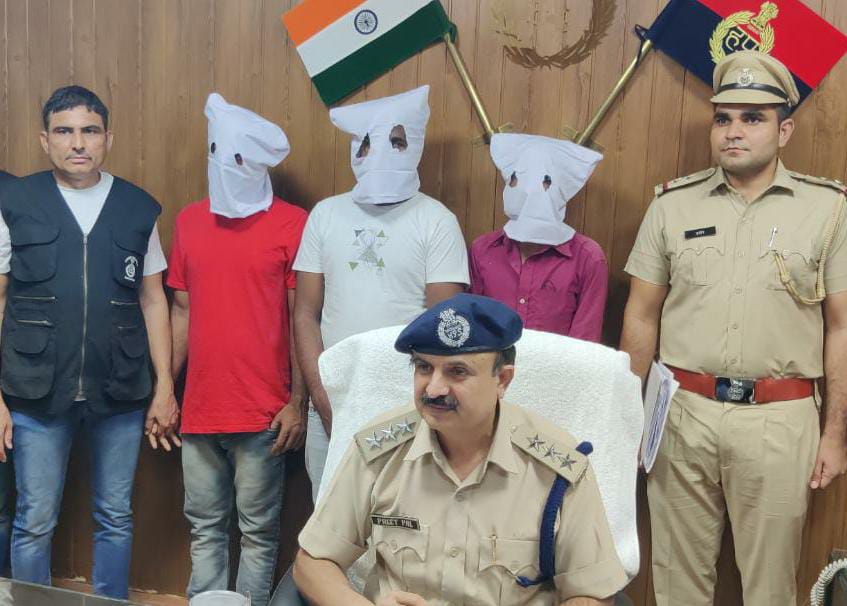 The Gurugram police have arrested three persons for robbing an elderly woman at Ansal Florance Elite, Sector 57, here. The accused have been identified as Mohammad Anjar, Najimul and Hasim Ansari.

The trio was arrested from Ullahwas village on Wednesday night. They accused were produced in a city court today had been sent on two-day police remand. The police said man working for the elderly woman had planned the robbery with his friends.

Preetpal Singh Sangwan, ACP (Crime), said the three men were arrested within 30 hours of the incident from Ullawas village.

“The masterminds behind the robbery were Mohammad Anjar and Hasim Ansari. They had called Najimul from Mumbai and two others — Saiful and Salman,” Sangwan added.

During the investigation, Najimul, who lived in Mumbai, told the police that used to make a living making videos on Tiktok. “When the government banned Tiktok in the country, I started looting. Anjar and Ansari had called me to Gurugram to rob the elderly woman,” Najimul said.

“Anjar and Ansari told the police that they had worked as labourers for a renovation job at the house of the elderly couple. They knew that the couple was well-off and hatched a plan to loot them,” said Inspector Bijender Singh, head of crime unit, Sikanderpur.

Raids were on to nab the remaining two accused, the police said.

Four masked men had held an elderly woman, Ram Sharma, hostage inside her bungalow in the wee hours of Tuesday. The robbers fled away with two gold bangles and a mobile phone.