4 farmhouses razed, one sealed in Gurugram : The Tribune India 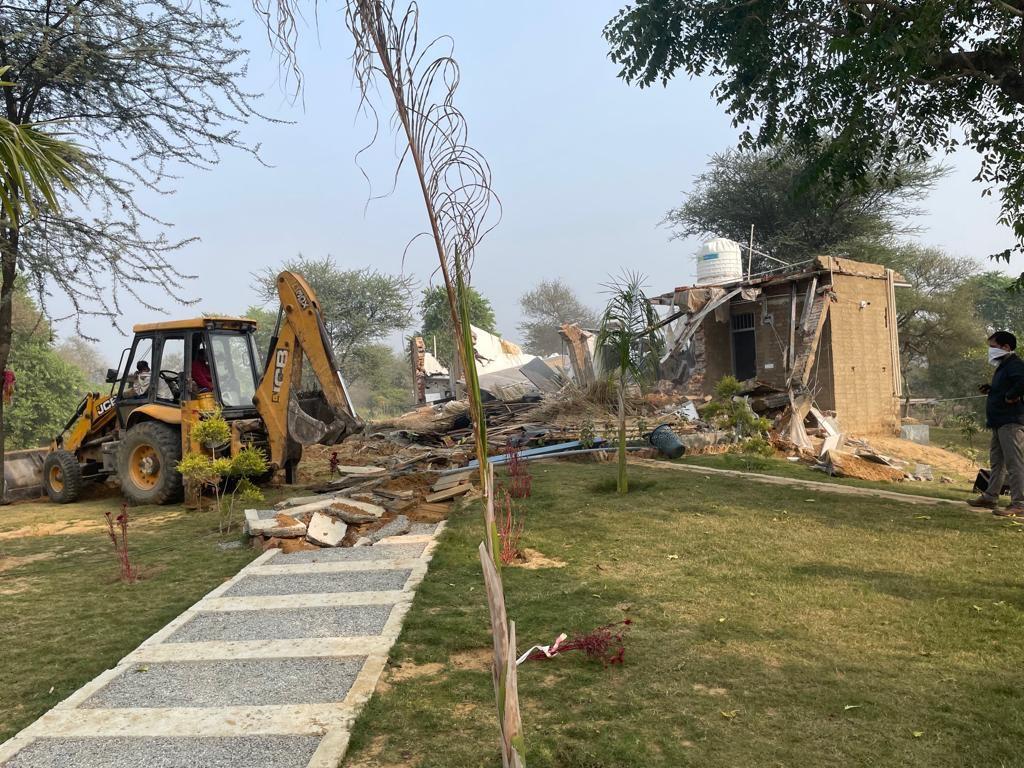 A farmhouse being razed near the Damdama Lake in Sohna on Saturday.

A team of the District Town Planner (Enforcement) on Saturday took action against five illegal farmhouses built nearby Damdama Lake in Sohna. Four farmhouses were completely demolished, while one was sealed as JCB machines could not reach that area.

DTP Amit Madholia warned the owners of the farmhouses that FIRs would be lodged against them if they reconstructed the demolished structures or illegally opened the sealed farmhouse.

A team led by DTP (Enforcement) Amit Madholia reached the spot around 11.30 am. It also included ATP Sumit Malik, field staffers Rohan and Shubham, besides 30 police personnel. The SHO of the Sadar police station and three JCBs also accompanied the team.

“Our team demolished four illegal farmhouses. Around 17 structures were demolished there, including two swimming pools. Sixty poles installed for power supply within the farmhouses were also uprooted. The fifth farmhouse is situated on the other side of the lake. As JCB machines could not reach there, that farmhouse could not be demolished. Our team reached there in a boat and sealed that farmhouse,” said DTP Amit Madholia.

The DTP said the four illegal farmhouses were spread on around 35 acres. These were built by some Delhi and Bengal-based businessmen. One farmhouse was built on 20 acres. Rooms there had all modern facilities. The action came following an order by the National Green Authority (NGT), he added.