Waiting for price rise due to Ukraine conflict: JP Dalal 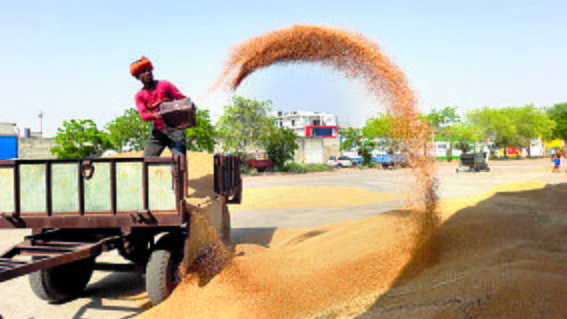 Wheat procurement in Haryana has dropped by nearly 50 per cent even as authorities claim farmers are holding on to their produce in the hope of better prices from private players, who have stepped into the market this season.

Farmers are getting a better deal outside mandis and expect the prices to go up due to Ukraine conflict. — JP Dalal, Agriculture Minister

Though wheat yield has been impacted due to early onset of summer and intense heatwave, the procurement is down to half of last year. So far, the agencies have procured 41 lakh MT against 85 lakh MT last year, while just over 4 lakh MT has been “officially” procured by private players after payment of market fee. Speaking with The Tribune, Agriculture Minister JP Dalal said the farmers were not bringing their produce to mandis as they were getting prices higher than the MSP of Rs 2,015 per quintal.

“The farmers are getting a better deal outside the mandis and are expecting the prices to rise even further due to the Ukraine conflict.

They can easily hold their stock for another three to four months. Nevertheless, we are not going to close procurement at the mandis ahead of schedule,” he said. Stating that the private players had procured 4 lakh MT of wheat so far, Dalal said it was a win-win situation for the farmers this season, although the weather impacted the wheat yield.

Adding that there may be exceptions where the produce is already sold to a private player and held back to evade market fee, he said the department was trying to check evasion. “Other than that, we have no problem with farmers stocking their produce,” he said. The minister said the process to ascertain the drop in yield was on and would take about a month.