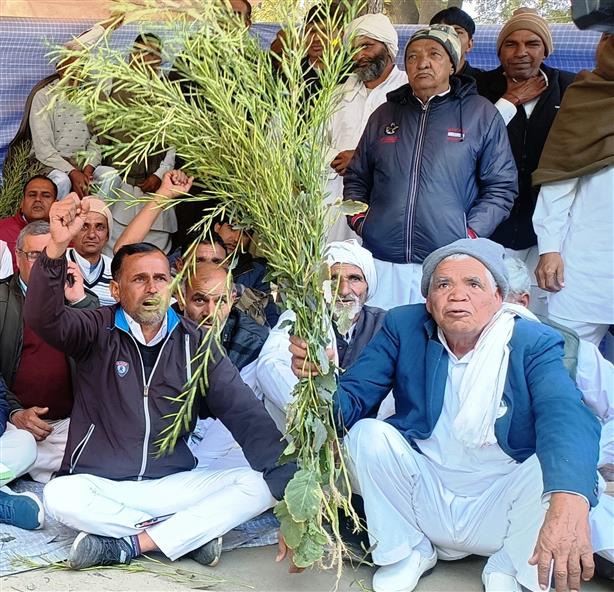 A preliminary report of the Agriculture Department has indicated that around 70 per cent of the mustard crop is adversely affected in Bhiwani district, due to the frost and dry cold weather, last week in the region.

The report compiled on the basis of the field report and surveys by officials of the department indicated that Bahal, Loharu and parts of Siwani blocks were the worst affected due to frost where the mustard had suffered major damage.

An official of the Agriculture Department in Bhiwani stated that the district had 3.65 lakh acres under mustard crop of which about 2.50 lakh acres were adversely affected due to frost. He said the average damage was between 30 per cent and 40 per cent of the 2.50 lakh acres. Some pockets were facing damage upto 70 per cent and above, sources added. However, Dr Atma Ram Godara, Deputy Director Agriculture (DDA), Bhiwani, admitted that nearly 70 per cent mustard was affected adversely. He said they would be able to assess the exact losses after some time as the weather conditions had improved now. The DDA said they had not yet got the orders from the state government about the special girdawari on the affected crops.

Meanwhile, the farmers staged protest demonstrations at the mini secretariat in Hisar and demanded special girdawari for mustard and gram (chana) crops in Hisar district. Farmer leader Shamsher Nambardar stated that the farmers in the Balsamand area that had recorded sub-zero temperature for several days last week had suffered massive damage to their crop. He demanded that the state government should immediately order a special girdawari. The farmers demanded Rs 50,000 per acre compensation for the affected farmers in Bhiwani, Hisar, Charkhi Dadri and Mahendergarh, which were the main mustard sowing districts in Haryana as well as for affected farmers in other districts as well.

The agriculture experts said advanced sown mustard was damaged above 50 per cent while the timely sown crop suffered damage in the category of 25 per cent to 50 per cent. The recently sown crop had to withstand the adverse weather condition as it was not at the flowering stage. The experts said mustard in barani (non-irrigated) areas was worst affected.

‘No orders on special girdawari’

Ram Godara, Deputy Director Agriculture, Bhiwani, said they had not yet got the orders from the state government about the special girdawari on the affected crops.