Abhay Chautala should support no confidence motion rather than resigning: Hooda 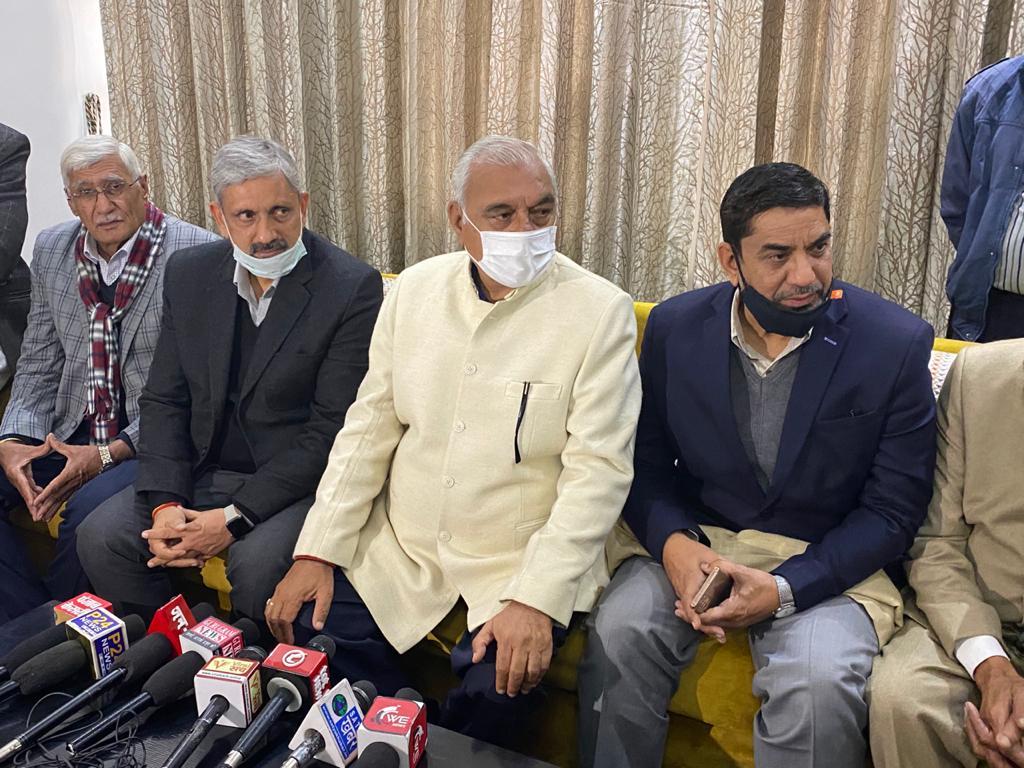 Former Chief Minister and Leader of Opposition Bhupinder Singh Hooda on Wednesday said rather than resigning, Abhay Chautala should vote against the coalition government on a no-confidence motion as that will benefit the farmers and be true support.

In Gurugram, Hooda said the farm laws harm not only the farmers but also every consumer and poor section of the society and this is why the movement has received support from all sections of the society.

He said the government should accept the demands of the farmers and bring an end to the agitation.

Hooda said they have been continuously opposing the three agricultural laws since they were introduced and fully support the demands of farmers.

“About 70 farmers have been martyred but instead of accepting their demands, the government is entangling them with dates for meetings which yield nothing. The government should understand the gravity of the situation and factor in the condition of the farmers. They should accept the demands of the farmers without any further delay,” he said.