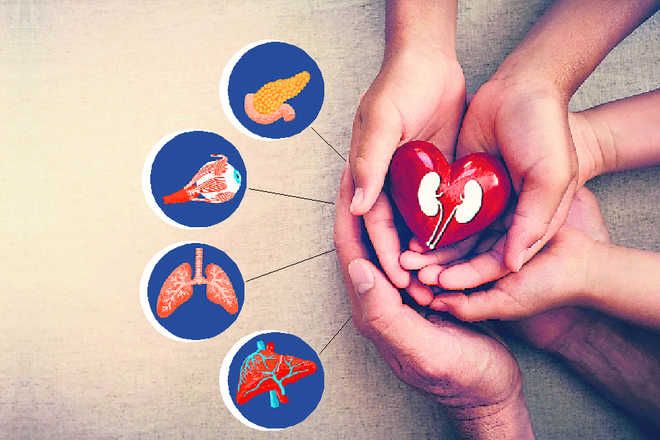 Gurugram traffic police made a 19-km-long green corridor to transport organs from Artemis Hospital to Indira Gandhi International Airport. The distance was covered in just 13 minutes, helping transportation of organs to Jaipur and Hyderabad.

Two ambulances with human organs had to reach Jaipur and Hyderabad via Delhi airport in a very short time. Gurugram traffic police took both the ambulances to the Gurugram-Delhi border without stopping in only 13 minutes so that the organs could reach the destination on time. Ravinder Singh Tomar, DCP, Traffic, Gurugram

The organs were harvested from a 25-year-old youth, Bhupendera Singh, who was declared brain dead after a road accident. So his family stepped forward to donate his organs to persons who have been on the organ transplant waitlist for years.

The organs were sent to various hospitals across the country for eight patients.

Bhupendera was admitted to Artemis on March 27. He had swelling in his brain, with severe internal bleeding. Then, he slipped into the deepest grade of coma. Doctors declared him brain dead on March 28.

The National Organ and Tissue Transplant Organisation allocated the organs to hospitals in various cities. While one kidney of the youth remained with Artemis Hospital for transplant, his liver and another kidney were sent to Medanta Hospital in Gurugram. The heart was flown by air to the Eternal Heart Care Centre and Research Institute in Jaipur and the lungs were dispatched to KIMS, Hyderabad. Both corneas were given to the eye bank.

Harish Singh, father of the deceased, said, “Every organ would just have become ashes. This way, he helped eight patients. He will leave us but will continue to live on in eight families.”